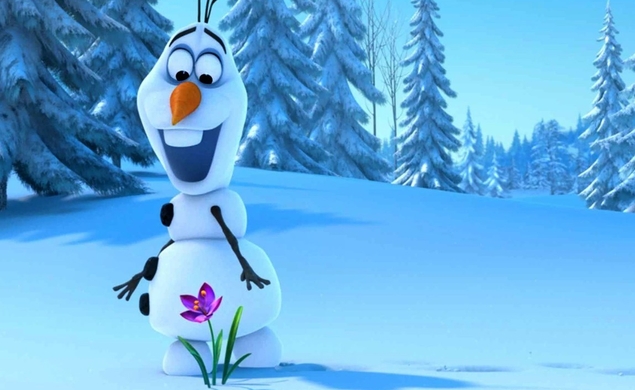 Disney’s Oscar-nominated animated feature Frozen is due to come out on DVD and Blu-ray on March 18th—and it’s still playing theatrically, and has been on the Top 10 box-office earners list for 13 weeks straight—but in the wee hours of this morning, the company slipped the movie onto iTunes. It’s only available for sale, not streaming—and only HD, not SD—but it does come with a passel of extras, including deleted scenes, music videos, a pair of behind-the-scenes featurettes, and the Oscar-nominated short “Get A Horse.”

So why now? Well, the Oscars are this weekend, and up until now, “Get A Horse” was the only nominated short not available on iTunes. (It still isn’t available on its own.) But it probably also isn’t a coincidence that Disney’s most currently popular film arrives on the day that the company is launching its cloud-based service/app Disney Movies Anywhere. The website and app features trailers and clips that can be watched for free, and gives people who buy Disney Blu-rays a place to enter those little codes that seem to come with every disc these days, which will then tell the service that the code-enterer owns that movie.

I tried out Disney Movies Anywhere this morning, first opening an account, then entering the code that came with my Wreck-It Ralph set. A few minutes later, I was streaming the movie on my phone. I could also have downloaded it for offline viewing, or watched on my laptop, or on my Apple TV. Disney Movies Anywhere isn’t the only such service, but it’s a well-designed, easy-to-use app. I’m sure I’ll be loading Frozen onto it on March 18, when the actual physical disc is out. (I ain’t paying the 20 bucks to buy it today.)