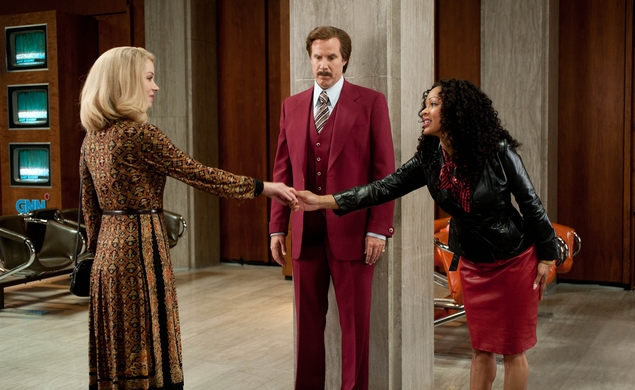 By the ghost of Stonewall Jackson! Anchorman 2 director Adam McKay said months ago that he shot so many alternate takes and deleted scenes that he could make an entire alternate movie out of them, but I didn’t think we were actually going to see it, at least not in theaters. The best I was hoping for was a special edition Blu-ray in a year or two. According to The New York Times, that’s about all McKay was hoping for as well, but then Paramount, bless their greedy hearts, “insisted” on a theatrical release.

For one week only, starting on February 28, Anchorman 2: The Legend Continues: Super-Sized R-Rated Version will play in theaters around the country. When McKay first discussed the possibility of an alternate cut of Anchorman 2 back in October, he’d estimated that it would have “250 new jokes.” In fact, the finished version contains a whopping 763 new jokes; McKay told the Times that “‘there were a couple of jokes left for continuity’ but that 95 percent of the gags were stripped out and replaced with alternate bits that had been left behind in the editing process. The new cut also runs “significantly longer” than the original theatrical version’s 119 minutes. It even has its own trailer:

Great story, guys. Compelling and rich. I’ll see you all at the theater next week.