Miles Teller, Kate Mara, Michael B. Jordan, and Jamie Bell will be your new Fantastic Four 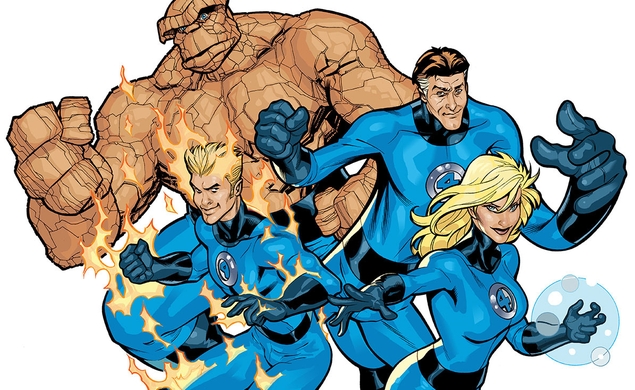 After much speculating and totally inaccurate rumor-mongering (sorry Josh Gad!), the cast for Fox’s Fantastic Four reboot directed by Chronicle’s Josh Trank finally appears set. The actual lineup, via Variety, includes several names that have been mentioned as contenders for months, and at least one or two surprises. The Spectacular Now’s Miles Teller will play Mr. Fantastic (a.k.a. Stretchy Guy), House Of Cards’ Kate Mara will play the Invisible Woman, Fruitvale Station’s Michael B. Jordan will play the Human Torch, and The Adventures Of Tintin’s Jamie Bell will play the ever-loving, blue-eyed Thing.

Variety says this new interpretation of the classic Stan Lee and Jack Kirby Marvel comic will be based on the Ultimate Fantastic Four series, which launched in 2004 and reimagined the characters in a few significant ways, most notably as younger men and women. The series resembled the original team for a while, but eventually veered off in some surprising directions which I won’t spoil (even though I doubt any of them would ever make it into an FF movie). If you’re curious, most of the 60-issue series is still in print in trade paperback form.