Come with Jai Courtney if you want to see Terminator: Genesis 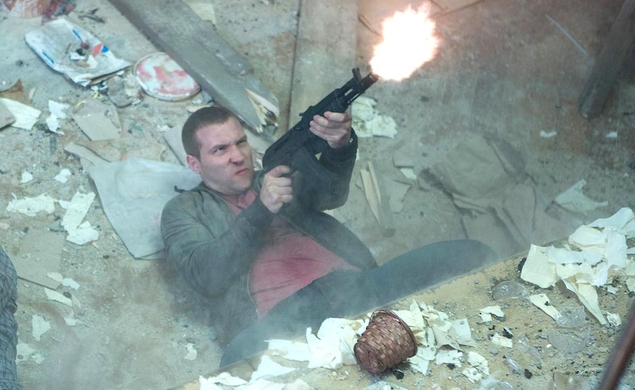 The Terminator series is built on a mind-bending time-travel loops. John Connor, future leader of humanity in a war against sentient machines, sends soldier Kyle Reese back in time to protect his mother Sarah from a time-travelling robot assassin. In the process, Kyle also impregnates Sarah, who then gives birth to John. The Terminator fails to kill Sarah Connor, but his inert remains are later found by a scientist and used to create Skynet, the computer network that later takes over the world and instigates the future war. John Connor doesn’t exist without the Terminator, which doesn’t exist without John Connor, and around and around it goes.

A similar level of Ouroboros-like circuity is now coming to the Terminator franchise. After four previous and relatively linear films (plus a television series, The Sarah Connor Chronicles), the series is now about to get rebooted in Terminator: Genesis, which will restart its continuity at square one, with new actors in the iconic roles of Sarah and John Connor and Kyle Reese. Zero Dark Thirty’s Jason Clarke will play Connor, while Game Of Thrones’ Emilia Clarke will play his mom; Arnold Schwarzenegger is supposed to return in some form, though it’s not exactly clear how. (Maybe the T-800 gets infected with a robo-virus which makes its human-tissue skin deteriorate until it looks like a 66-year-old man.)

The latest addition to the cast is Jai Courtney, who, according to Variety, will play the new version of Kyle Reese, following in the foosteps of Michael Biehn from The Terminator and the significantly shrimpier Anton Yelchin from Terminator Salvation. Courtney’s highest-profile gig to date was as Bruce Willis’ son Jack in last year’s mildly atrocious A Good Day To Die Hard. He’s also appeared in Jack Reacher and I, Frankenstein; his next big gig is in the young-adult adpatation Divergent.

The plot of Genesis is top-secret (SPOILER ALERT: It may involve time-travelling killer robots), but it’s supposedly intended as the first of three new Terminator movies. And after that, the series will likely loop back on itself again and spawn yet another new trilogy, perhaps one in which Jai Courtney and Michael Biehn have to team up to travel back in time together and save both Edward Furlong and Jason Clarke.