Feedback: The pleasures of binge-watching movies 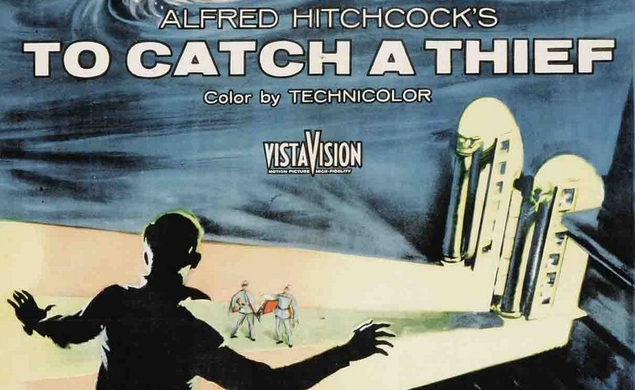 In the comments to Keith’s review of Alfred Hitchcock’s Foreign Correspondent yesterday, commenter Ryan S. mentioned that he’d spent the last year-plus watching everything Hitchcock ever directed (or at least everything available to be seen), and when asked what he had gleaned from this exercise, Ryan wrote:

My overarching response is that attempting to watch all of these films in chronological order of release has been a huge pleasure and as I have only been watching one film a week, it was something I looked forward to all week (especially if I had never seen the film before.) I have been able to discover many of his films that I had never seen before and now count among my favorites. His track record is great except for a real rough patch when transitioning from silent to sound. Hitchcock often said that The Man Who Knew Too Much was the first real Hitchcock film and I’m inclined to agree, although I did enjoy a few of the silents. After that, there was only the occasional misfire (Mr. & Mrs. Smith, Jamaica Inn, Under Capricorn.) I even enjoy his later films that are often badmouthed. To me, his first real masterpiece was 1935’s The 39 Steps and his final one was 1964’s Marnie with my favorite being 1958’s Vertigo. The great thing is that due to his popularity, there hasn’t been much I could not find. The only films I could not find anywhere were Mary (the German-language version of Murder!), the lost silent The Mountain Eagle, and two shorts, The Fighting Generation and Watchtower Over Tomorrow.

As for unifying theories of what makes his films great, he just knew how to make a film that would appeal to the masses. He was always working with some of the most charming lead actors and great character actors of whatever era he was working in, which made each film very agreeable. He was always using new techniques in filmmaking whether it be the use of miniatures in his films in the 1930s, or using strange camera angles or zooms to express what was happening within the characters minds. He also liked to include an element of sexuality or perversion in each one of his films. Other than that, the scripts were witty and exciting and filled with classic moments that you remember vividly long after seeing the film. As far as his television shows, they were much more workman-like and while you trust them to entertain you, they probably wouldn’t wow you. Also, Grace Kelly in 1955’s To Catch A Thief was literally the pinnacle of feminine beauty. No one will ever be that beautiful again.

I am also currently reading Alfred Hitchcock: A Life in Darkness And Light by Patrick McGilligan and that has been shedding light on what was going on behind the scenes during the making of each film. I also like that it is so comprehensive and well-researched. … Watching everything a director has done has gone over a lot better that some of the other film watching feats I have tried. In the past, I have watched every Muppet-related film, every Night Of The Living Dead-related film, every film I could find based on Faust, every Dracula film, every Godzilla-related film, and every version of Romeo & Juliet and Othello that I could find. The worst was Godzilla. I don’t know why I ever tried to do that one as I am not even a big fan or anything although I do love the original, but 90% of the rest were completely terrible.

Ryan, I admire your obsessiveness. (And good job on reading McGilligan; I’m a fan of his Robert Altman bio Jumping Off A Cliff, and find that in general he’s the rare film scholar who acknowledges directors’ personal failings without diminishing their artistic achievements.) I agree too with your insights on Hitchcock. All those traits you mention—the charismatic performances, the unusual visual touches, the killer setpieces—are why I find Hitchcock’s films so re-watchable. In fact, some movie buffs resisted the early auteurists’ efforts to claim Hitchcock because Hitchcock’s best work is so pleasurable. Fans feared that thinking about these movies too hard would kill their buzz.

I gather that you’ve found the opposite to be true, Ryan. I know that I have. Here at The Dissolve we’re fans of full immersion, whether we’re watching every movie based on a Nicholas Sparks novel or every movie Bill Murray has ever appeared in. These kinds of pieces are labor-intensive, but for me—and I know that most of my colleagues would agree—they’re incredibly rewarding to write, because they allow us to fit a lot of disparate work into a narrative, and see the artist’s preoccupations and larger worldview. All art, to some degree, is a form of communication, and it always helps to learn the language an artist is speaking. (Figuratively, I mean.)

There’s undoubtedly more to be gained from spending a year watching Hitchcock films than there would be from watching everything Uwe Boll has ever made. But I’m betting you got something out of your Godzilla experiment, too. I once watched every Friday The 13th movie in order, and if nothing else, it was a fun and revealing way to track how horror filmmaking had changed over the course of a decade, and to get a better sense of what makes some movies scary and some laughable. I had a similar experience with Sparks, seeing how a competent director and a likable cast could transform material that in other hands was almost unwatchable.

There’s been a lot of talk about “binge-watching” when it comes to television, and whether it’s fairer to a TV show to power through 10 episodes in a weekend or if it’s better to consume it the way it was originally dispensed. I’ve had conversations in the past with my film critic friends too about whether film festivals really serve filmmakers well, since watching four or five movies in a day means that some perfectly good pictures get the short shrift (due to lack of sleep, lack of food, or being seen an hour after a masterpiece). I think as long as the viewer understands the risks of binging on any media, the benefits outweigh the downsides. If you can take the time for a big project like watching every Hitchcock, I’d say it’s time well-spent.