Brace for Brainquake, a lost Samuel Fuller novel due out this fall 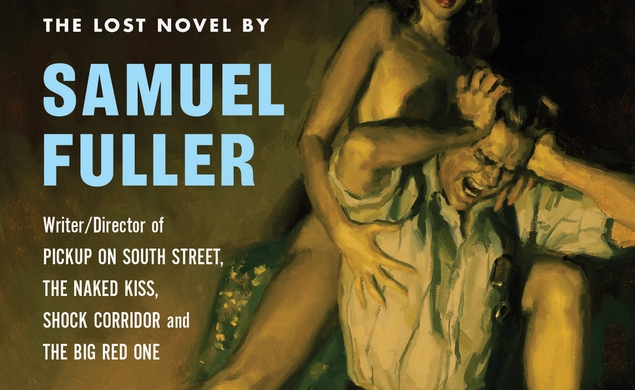 For Samuel Fuller, directing movies was merely an extension of his work as a writer. A born reporter, who was filing stories for newspapers while he was still in his teens, Fuller wrote tersely and passionately about crime, war, and injustice, and carried that no-nonsense approach into pulp novels like The Dark Page and films like Pickup On South Street, The Naked Kiss, and The Big Red One. Whenever he had trouble landing gigs as a screenwriter and director, Fuller returned to prose, where he often had more freedom to show the world as hard and brutal, without any studio-imposed softening.

In 1993, while living in France, Fuller wrote Brainquake, about a brain-damaged mafia “bagman” who risks his life and his livelihood to help the widow of one of his colleagues. Now the long-forgotten Brainquake is getting a chance to find a larger audience of Fuller fans, thanks to Titan Books and the Hard Case Crime imprint. The Dissolve reached out to Titan for more information about the novel, and Hard Case’s founder/editor Charles Ardai replied:

Fuller started out writing novels, long before he became a filmmaker, and at the end of his life, when moviemaking opportunities became fewer, he went back to his first passion. Brainquake was published in French, but never in English, and is probably his strongest book since his early classic, The Dark Page. It came to Hard Case Crime’s attention after we published James M. Cain’s lost novel, The Cocktail Waitress. Sam’s widow, Christa Fuller, contacted us to say that a lost Sam Fuller novel existed, and did we want to see it?  Did we ever! It took a bit of work to locate the manuscript and work through the editing (Sam had edited it extensively by hand, and his friend and agent Jerry Rudes did a yeoman’s job deciphering and transcribing all the edits), but we finally got it done, and it’s a hell of book—pure Fuller from first page to last. No one else could have written this book.

Titan’s marketing executive Tom Green added that Brainquake is due to be released on September 9th.