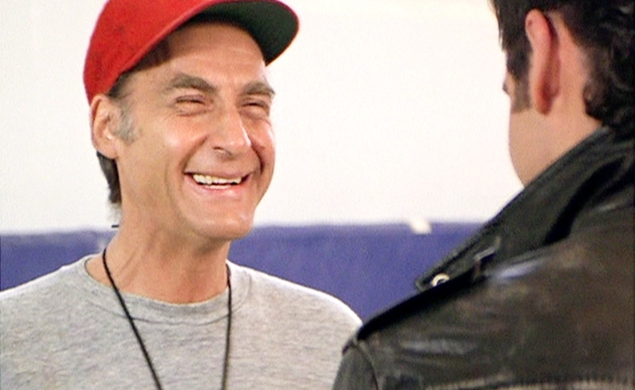 Reuters reports that comedy legend Sid Caesar died today at the age of 91. According to Caesar’s friend and longtime collaborator Carl Reiner, the television pioneer had been ill “for at least the past year.”

Caesar’s greatest direct contributions to popular culture came on TV; after a stint in the military and performing on Broadway, Caesar starred with Imogene Coca on Your Show of Shows, which premièred on NBC in February of 1950 and quickly became one of early television’s most popular series. The live, 90-minute variety program is widely credited with bringing sketch comedy to the medium, and for establishing the template that nearly all future sketch shows would emulate. Caesar himself was typically at the center of it all, along with his prodigious skill with improvisation and mimicry.

After Your Show Of Shows and its successor, Caesar’s Hour, went off the air at the end of the 1950s, Caesar struggled for years with drug and alcohol addiction, before regaining his sobriety in the late 1970s. Despite the problems in his personal life, Caesar still made memorable supporting roles in movies like It’s A Mad, Mad, Mad, Mad World, Silent Movie, and Grease. Here he is as the caveman who invented music in Mel Brooks’ History Of The World: Part I:

But Caesar’s indirect contributions to popular culture, and particularly to film, are arguably even more important. The writing staff of Your Show Of Shows and Caesar’s Hour may have been the greatest in television history, and it launched many of the best American comedy writers and directors of the 20th Century, including Reiner, Brooks, Neil Simon, Larry Gelbart, and Woody Allen. The staff eventually became so famous that they even inspired a movie; 1982’s My Favorite Year, directed by Richard Benjamin.

It’s probably true that Caesar’s writers were so good that they still would have found success without his help and support. But with his help and support, their ideas cross-pollinated, and their gifts were honed and sharpened in the high-pressure environment of live television, where new material was expected 40 weeks a year. You could program an entire film festival with just the movies made by the products of Caesar’s comedy factory: Blazing Saddles; Sleeper; The Jerk; Tootsie; The Odd Couple; Oh, God!; Annie Hall; Young Frankenstein; and on and on and on. The world would not be the same without Caesar’s performances, or his skill at recognizing talent.