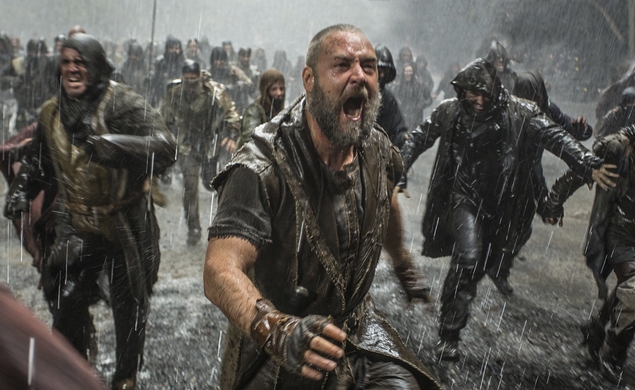 Last fall, rumors of battles behind the scenes of Darren Aronofsky’s Bible epic Noah began to leak online. (Yes, that was a deliberate boat pun, thanks for asking.) Word was that Paramount wasn’t terribly pleased with Aronofsky’s edit of the film, and the studio was testing various cuts of its own creation, to see which might best appease the movie’s many constituencies. At the time, it wasn’t clear whose version of Noah would show up in theaters.

But today—like a ray of sunlight piercing through the clouds after a hellacious storm—comes word that the Noah opening on March 28 is Aronofsky’s, and that Paramount ultimately decided to abandon its various cuts of the film. According to The Hollywood Reporter…

“Friction grew when a segment of the recruited Christian viewers, among whom the studio had hoped to find Noah’s most enthusiastic fans, questioned the film’s adherence to the Bible story and reacted negatively to the intensity and darkness of the lead character. Aronofsky’s Noah gets drunk, for example, and considers taking drastic measures to eradicate mankind from the planet. Hoping to woo the faith-based crowd, Paramount made and tested as many as half-a-dozen of its own cuts of the movie.”

Aronofsky, who did not have a final-cut guarantee on Noah, told THR he had “vehement objections” to the studio’s tests, because he doesn’t believe audiences are “sophisticated enough to evaluate movies without finished effects.” Ultimately, Paramount agreed with him, or at least agreed to release his version; the director says the cut coming to theaters next month is “what we wrote and what was greenlighted,” which that has me practically flooded with excitement.