Oh hai, movie about the making of The Room directed by James Franco! 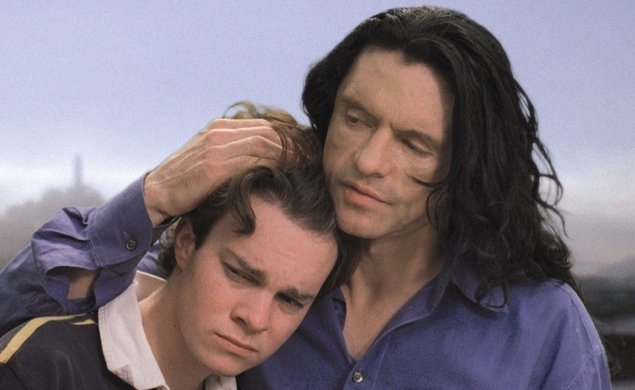 The recent book The Disaster Artist by Greg Sestero and Tom Bissell tells the story of the making of The Room, the transcendently terrible movie about a man, his unfaithful girlfriend, a room, and playing football in tuxedos, written and maybe-directed by mysterious auteur Tommy Wiseau. Sestero was Wiseau’s co-star and line producer on The Room, and his book reveals the dirty details behind the bizarre movie’s even stranger production. The Disaster Artist has gotten highly positive reviews; much better, at least, than The Room itself. The Dissolve’s Nathan Rabin called it “wildly entertaining” and “surprisingly touching.”

Now add the description “eminently adaptable.” According to Deadline, the movie that became a book will now become a movie again, as James Franco’s Rabbit Bandini Productions has optioned The Disaster Artist with the intention of turning it into a feature film. Franco will direct and co-produce from a screenplay by Ryan Moody. As Deadline notes, Franco even reviewed The Room and The Disaster Artist last year for Vice; “In so many ways,” Franco wrote, “Tommy c’est moi.”

So does that suggest Franco will also play the role of Wiseau? If he doesn’t, who else could possibly fill that role? I’m honestly having a hard time thinking of any viable candidates at the moment, although I’m sure our commenters will help me brainsorm some ideas below. The suspense is tearing me apart!