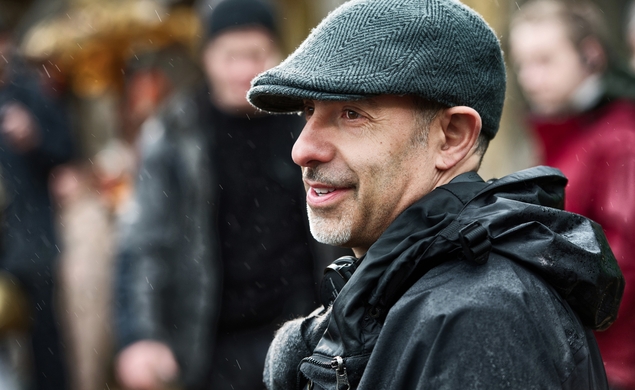 Screenwriter David S. Goyer co-wrote The Dark Knight trilogy with Christopher Nolan, and last year’s Man Of Steel for Zack Snyder. (He’s also working on the untitled sequel that will add Batman, Wonder Woman, and Mark Zuckerberg to the mix.) He was also one of the key creators of the Blade movie trilogy and the writer of the cult film Dark City. If there is an Hollywood A-List for writers, Goyer is on it, and pretty high up, too.

Goyer’s directing career, however, has been a lot less successful. After writing the first two Blades, he assumed the director’s chair for Blade: Trinity, with fairly disastrous results. (Although as co-star Patton Oswalt tells it, that may not have been his fault.) Since then he’s done some television jobs and two poorly received thrillers, The Invisible and The Unborn. According to The Hollywood Reporter, Goyer will look to improve his record as a director with a new project titled The Breach, which was just acquired in a bidding war by Lionsgate.

The film, based on a novel by Patrick Lee and a script by Justin Rhodes, will be a “sci-fi action thriller.” The plot synopsis:

“The story centers on a corrupt ex-cop who is trying to get his life back in order when he discovers a crashed plane in the Alaskan wilderness. The first lady is among those dead in the wreckage. That sets off an adventure featuring a beautiful survivor, assassins, a secret organization, alien technology and an end-of-the-world scenario.”

Goyer optioned the book himself and developed it independently with producer Lorenzo di Bonaventura. The original novel is the first in a trilogy of books, so there’s plenty of room for franchising. Just don’t bet on the third film being called The Breach: Trinity if things get that far.