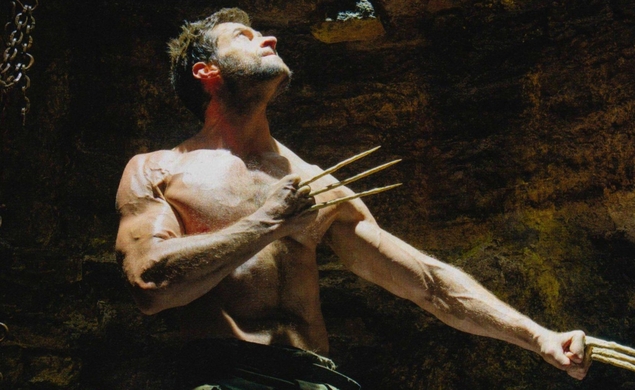 A report in TheWrap delivers some discouraging news for studios, and some potentially encouraging news for moviegoers who are sick of paying extra for poorly converted 3D. The percentage of movies’ total box office revenue earned from 3D has been trending downwards in recent months, and it continued to hit new record lows in the last few weeks, with the returns for The Wolverine and Turbo the worst yet for 3D animated and 3D action movies, respectively:

“3D showings of Turbo accounted for just 25 percent of its total box office, which represents the format's worst showing yet. The Wolverine fared only slightly better, with 3D screenings contributing 30 percent of its $53.1 million opening weekend. That represents a new low point for 3D action releases. Both breakdowns were substantially worse than this summer’s previous worst showings for 3D, when only 31 percent of Monsters University’s $82 million debut came from 3D screenings, while roughly 34 percent of World War Z’s $66 million bow came from the format.”

Heralded as a new breakthrough in visual storytelling just a few years ago, new 3D is looking more and more like old 3D: a gimmick that audiences eventually rejected. Even as someone who can see the potential in 3D and has enjoyed the format on rare occasions, I don't blame them. All too often the 3D adds nothing but a surcharge and a thin layer of gunk on top of the visuals.

The problem with 3D isn’t so much that it’s bad, but that it’s inconsistent. From movie to movie, from theater to theater, even from seat to seat, you have no idea what you’re going to get. Some movies converted to 3D during post-production actually look pretty good. (I thought Star Trek Into Darkness was a decent stereoscopic experience, for example). Others look dark and dingy. (I’m certain I would have enjoyed Pacific Rim more, and made more sense of the movie’s dark, rainy battles without having to contend with the 3D). Movies actually shot in 3D are generally pretty solid, but with fewer and fewer trained projectionists on the job at multiplexes, even those can be a crapshoot. In private conversations with colleagues, I often find people have totally different experiences of 3D movies; critics who attend one screening say something looked great; people who attend another say it looked terrible.

With that sort of track record, why pay extra? Recently, I received my first press invite for a screening that offered either 2D or 3D options. With zero hesitation, I picked 2D (the movie was not shot in 3D). After the screening, I asked a fellow critic who saw the 3D version how it looked. Their reply: “Fine. It wasn’t distracting.” When unobtrusiveness is the threshold of competence in a medium that is defined by intruding into the space between us and the screen, there’s something seriously wrong.

Maybe these numbers will encourage studios to reconsider the rampant overuse of 3D and restrict the format to movies actually shot in it. Then again, TheWrap says 3D movies are still as popular as ever overseas, where they continue to bring in “80 percent to 90 percent of a film’s box office take in places like Russia and China.” Given the primary importance of foreign revenues on all things Hollywood circa 2013, that means we can still expect the studios to keep shoving 3D in our faces, like a man hitting a paddle ball directly at a camera lens, for the foreseeable future.