Five non-Beatles movies that make great use of Beatles songs 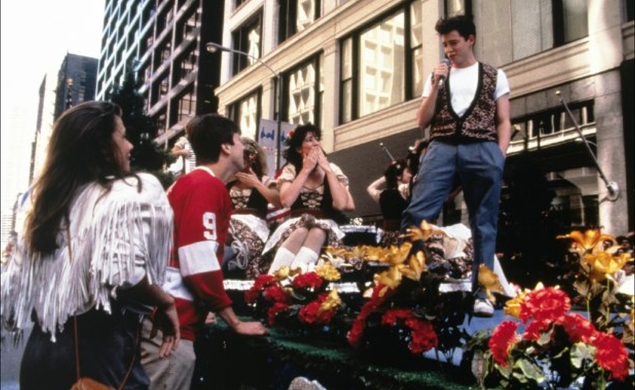 Tomorrow, we commence The Dissolve’s Movie Of The Week coverage of A Hard Day’s Night. But while The Beatles’ movies will always feature the best representations of the band’s music, there’ve been several good-to-great pictures that have shown a remarkable understanding of how to fit Beatles songs into a story, using them to define a moment.

In the opening minutes of Wes Anderson’s bittersweet family saga, Alec Baldwin narrates the story of the Tenenbaum’s rise and fall as a clan of precocious geniuses while in the background, The Mutato Muzika Orchestra’s baroque-sounding instrumental cover of The Beatles’ “Hey Jude” plays. (In the original version of the film, which played at some festivals, the actual Beatles song was on the soundtrack; the theatrical release went with the cheaper option, which still works well.) As the narrator reaches the end, a falcon flies from the roof of the Tenenbaum house and through the skies over New York City, as the soaring chorus of “na na na”s rises. It’s a moment of pure transcendence, sounding a note of hope in a film that’s about to take a turn toward the despairing.

There was no more perfect musical summation for The Social Network than this Beatles’ B-side that asks an unnamed subject how it feels to be one of the beautiful people. After building Facebook into a billion-dollar company, after discarding the friend (Andrew Garfield) who’d helped him create his empire, after reluctantly settling multiple lawsuits against people suing him for a piece of his fortune, Facebook founder Mark Zuckerberg (Jesse Eisenberg) sits triumphant—and totally alone, as he anxiously awaits a friend request response from the woman who’d spurned him years ago and helped inspire his great invention. What a thing to do; director David Fincher ends the movie by letting John and Paul ask Zuckerberg all of our questions about what he's done.

Robert De Niro’s aging gangster “Noodles” Aaronson is already a man out of time when he arrives at a New York train station in 1968, looking antiquated in his dapper suit and hat in a place where psychedelic murals adorn the walls. When an orchestrated version of “Yesterday” fades up over Ennio Morricone’s score—sounding like something that would play on a “music of your life” radio station in the middle of the night—it sets the tone for what’s to come in Sergio Leone’s cross-generational epic. Noodles is about the spend the movie looking back on what brought him to this point. He'll see his wayward youth from the perspective of an old-timer.

The Beatles’ didn’t originate “Twist And Shout”—the song was a Brill Building product that had been a hit for the R&B combo The Isley Brothers a year before The Beatles covered it—but it’s The Beatles’ version that Matthew Broderick’s industrious truant Ferris Bueller lip-synchs to while standing on a float in the middle of Chicago’s Von Steuben Day parade in Ferris Bueller’s Day Off. It’s an apt choice: the rakish Bueller channelling John Lennon giving one of his most uncontrolled early vocal performances. This is a scene of youthful abandon, but it’s also not hard to see the parallels between a British kid appropriating American soul and an American kid appropriating British cool. Each is arrogant—yet exciting.

So many movies treat The Beatles’ music as a given; fewer depict that time before The Beatles became “The Beatles.” That’s part of what's great about David Chase’s Not Fade Away: it captures the exact moment he (and the world) heard The Beatles for the first time. President Kennedy is killed and the entire universe is plunged into The Twilight Zone (seen on the television at the start of a scene between Doug (John Magaro) and his father (James Gandolfini)). In the next scene, Jack’s friend Wells (Will Brill) is sleeping when, as if out of some magical dream, he hears “I Want To Hold Your Hand.” Awoken by the siren song, he drags himself over to the radio, and asks the only sensible question: “What is that?” “At the end of this show, nothing is ever what it seems,” Doug says as he watches The Twilight Zone. After society heard the Beatles, nothing was ever the same again.

And five more: “Let It Be,” Across The Universe; “All You Need Is Love,” Love Actually; “Girl,” Mask; “Golden Slumbers/The End,” Happy Feet; “When I’m Sixty Four,” The World According To Garp; “Happiness Is A Warm Gun,” Bowling For Columbine