Seth Rogen and James Franco to provide voices for the animated Sausage Party, which definitely sounds like a Rogen/Franco movie 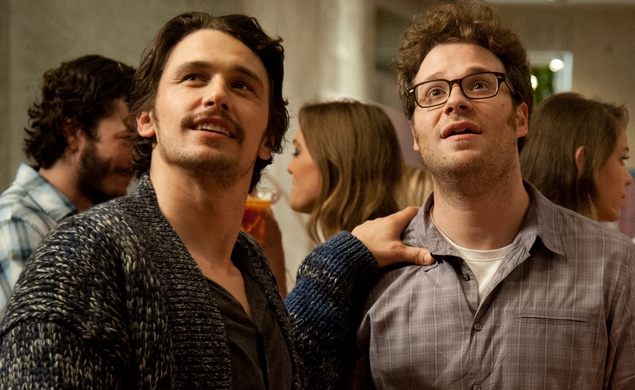 It’s fairly accurate to describe most of Seth Rogen and James Franco’s collaborations as sausage parties. In This Is The End, for example, they (along with fellow bros Jay Baruchel, Jonah Hill, Danny McBride, and Craig Robinson) are trapped in a house together after the apocalypse; apart from a brief cameo from a tough-as-nails Emma Watson, it’s strictly a guys-only affair. However, it’s even more accurate to describe their next movie together as a sausage party because it’s actually titled Sausage Party. It is also literally about a sausage. For a second, I thought Franco and Rogen would be wearing encased-meat costumes the whole time, and I got excited, but no; alas, this is an animated project, featuring Franco and Rogen’s voices. Per TheWrap, here’s a description of the film:

“[A] heroic piece of meat’s quest to discover the truth about his existence. After falling out of a shopping cart, the sausage protagonist teams up with some new friends to embark on a perilous journey through the supermarket and return to their aisles before the Fourth of July sale.”

This doesn’t sound hugely different from the notoriously terrible Foodfight!, but this supermarket-themed animated movie has some serious creative firepower behind it: Rogen and Franco, plus the voices of Michael Cera, Jonah Hill, Nick Kroll, David Krumholtz, Edward Norton, and Kristen Wiig (so hooray, there’s at least one woman involved). Rogen and his This Is The End and Superbad partner Evan Goldberg co-wrote the script, and Annapurna Pictures wunderkind Megan Ellison is producing the movie. Hot dog, that’s an impressive team. Sony will release Sausage Party in 2015.