Hey Joe trailer, where you going with that crazy Nicolas Cage beard of yours? 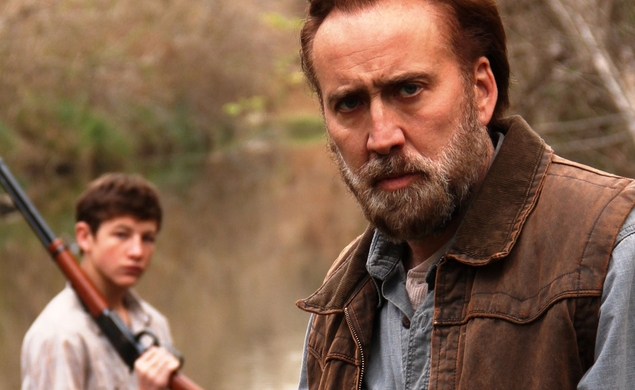 “I know what keeps me alive is restraint,” Nicolas Cage says in the trailer for David Gordon Green’s Joe. Then his head bursts into flames as he runs in circles, alternately screaming “How’d it get burned?” and “I’m a vampire!”

Okay, maybe not. By all accounts, Joe actually is a return to slightly more restrained form for Cage, at least in the ways that don’t involve him having a ridiculous mountain-man beard. According to the plot description from the Toronto Film Festival website, Cage plays a “hard-living ex-con who becomes friend and protector to a hard-luck kid,” played by The Tree Of Life and Mud’s Tye Sheridan. Here’s the French trailer:

Beyond a return to form for Cage, Joe also makes a return to the crime genre and rural Southern locales for director David Gordon Green after several high-profile Hollywood comedies and 2013’s charmingly small-scale buddy-road movie Prince Avalanche. Reviews out of the Venice and Toronto Film Festivals were strong—Indiewire’s Eric Kohn called it a “comeback” for both men, and our own Mike D’Angelo praised the “atypically controlled” Cage—and the film was acquired by Roadside Attractions and Lionsgate. It apparently doesn’t feature Cage screaming at yelling patrons about pissing blood, but it still looks great.