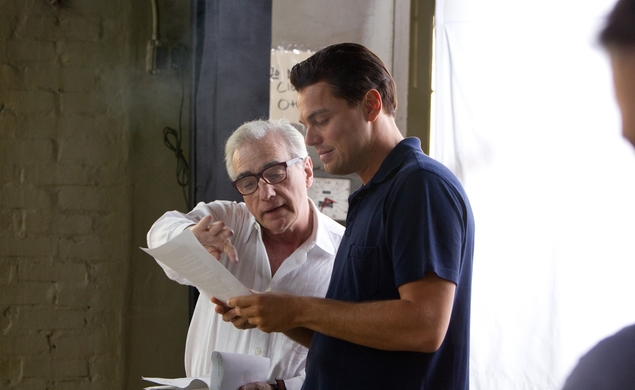 At 71 years old, director Martin Scorsese still knows how to push an audience’s buttons. His Oscar-nominated film The Wolf Of Wall Street has been a constant topic of conversation since its première last month, hotly debated for its depiction of its protagonist, shady stock trader Jordan Belfort, and whether the film celebrates his crimes and his ungodly wealth. (For more on that debate, and Scorsese’s history of “celebrating” badly-behaved men onscreen, might I recommend my Keynote essay on The Dissolve’s new Movie Of The Week, The King Of Comedy?)

Never one to rest on his laurels, Scorsese is already hard at work on another project, one that will no doubt prove far more controversial than The Wolf Of Wall Street. Even for Scorsese, this seems like a hot potato. We should prepare ourselves now for mass-scale protests the likes of which we haven’t seen outside movie theaters since Scorsese’s own The Last Temptation Of Christ. That’s right, Martin Scorsese is making a documentary about… The New York Review Of Books.

Now that you’ve all fainted, passed out, and slept for several hours, let’s continue. The still-untitled film, co-directed by David Tedeschi, will debut as a work-in-progress at the Berlin Film Festival next month. Here’s how Berlin fest director Dieter Kosslick described the film to Variety:

“For over 50 years, The New York Review Of Books has been one of the most interesting and sophisticated magazines on culture and politics, with content by outstanding writers and thinkers. In their wonderful documentary, Martin Scorsese and David Tedeschi reveal the inner workings of the publication and its legendary editor, from its birth during the 1963 New York Times’ newspaper strike, through its continued relevance in today’s digital universe. We’re very pleased that we’ll be closing this year’s Berlinale Special with this highlight.”

Scandalous! Variety says the film includes appearances from writers like James Baldwin, Michael Chabon, Joan Didion, Noam Chomsky, Norman Mailer, and Susan Sontag. From Leonardo DiCaprio blowing cocaine into strippers’ butts to Timothy Garton Ash in less than two months? That’s got to be some kind of a record.