Back from Sundance, two Dissolve writers pick their favorites from the festival 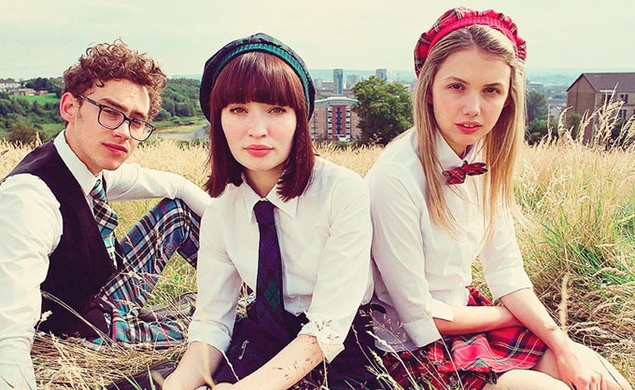 For those following the Sundance Film Festival from afar—and sometimes even for those attending the fest in person—the names in the program start to blur together after a while, making it hard to keep track of the best of the buzzed-about movies. Over our eight days at Sundance, Nathan and I saw about 50 films between us, and we still missed a few that won over Park City audiences, including Land Ho!, Martha Stephens and Aaron Katz’s road trip comedy about two old friends trying to recapture their youth in Iceland, and Cooties, a horror-comedy about elementary school teachers warding off their zombie pupils.

On Sunday, Sundance will announce (and The Dissolve will report) the jury and audience awards for the films in competition, but the competition slate makes up less than half of what screens at the festival; and the awards don’t always go to the films that everyone was talking about the most. So to give you a head start on the year, here are the six movies that made the biggest impression on Nathan and me. File these names away; I suspect they’ll be a significant part of the 2014 movie conversation.

(Note: We could just have easily have written about Whiplash, Blind, Listen Up Philip, The Voices, The Better Angels, Happy Christmas, Kumiko The Treasure Hunter and maybe a half-dozen others. It was a strong year for Sundance.)

In his adaptation of Roger Ebert’s acclaimed memoir of his childhood, professional career, heroic and public battle with cancer director Steve James (Hoop Dreams, Stevie) does justice to the disparate seasons of a complicated man’s life, capturing Ebert’s evolution from boy dreamer to national treasure with compassion, empathy and a welcome lack of sentimentality. James has created a roaring, defiant celebration of life that doubles as a valentine to the film and newspaper world in which Ebert found his truest homes. Life Itself hasn’t secured distribution yet but it would be difficult to imagine a cinematic universe in which it doesn't, and does not find an appreciative audience among arguably the most influential film critic of all time’s legions of devoted fans.

Belle & Sebastian frontman Stuart Murdoch has long specialized in making achingly melancholy music with a distinctly cinematic bent, as in his band’s masterpiece, If You’re Feeling Sinister. In his passionate and inspired, if charmingly homemade, writing and directorial debut God Help The Girl, Murdoch has crafted a coming-of-age musical that feels like a feature-length pop song. It’s an inspired romp about one magical summer in the lives of three dreamers (two girls and one boy) as they set out to form a band and all the heartache and wonder that ensues. This similarly does not have a distributor (notice a theme?) but it should find one imminently, particularly if Murdoch tours behind the film, or otherwise actively supports what is clearly a labor of love.

3. What We Do In The Shadows

Flight Of The Conchords’ Jemaine Clement and Boy director and star Taiki Waititi join forces as co-writers, co-directors, and stars in this hilariously droll mockumentary about the everyday travails of a quartet of ancient vampires eking out a living in contemporary New Zealand in preparation for a massive ball bringing together the zombie, werewolves, and vampire communities. The film won’t win any awards for craftsmanship—and also has not yet secured distribution—but this consistently funny and inventive film should be able to find its way to a sizable cult following.

The last film added to the Sundance line-up was the one that took the longest to make. Director Richard Linklater spent 12 years shooting off-and-on with a small group of actors (including Ethan Hawke, Patricia Arquette, and his own daughter Lorelei) in order to capture what it’s like for one child of divorce to grow up in Texas at the dawn of the 21st century. Ellar Coltrane plays the boy, who grows from a quiet moon-faced kid to a slender, philosophical college student over the course of nearly three hours. It’s a remarkable experiment on Linklater’s part, and even more remarkable is how Linklater concocted a new narrative style to tell this story, choosing to emphasize moments—some dramatic, some minor—instead of executing any kind of long, planned-out arc. In the way that it tries to find itself as it goes along, this whole project is like an illustration of the title of Linklater’s first film: It’s Impossible To Learn To Plow By Reading Books. Boyhood was picked up by IFC long ago, and after it plays in Berlin next month, it should make it to theaters and VOD (and perhaps a Criterion DVD/Blu-ray?) later this year.

Easily the scariest movie I’ve seen in about 10 years, writer-director Jennifer Kent’s The Babadook is a haunted-house picture where the haunting is rooted not in some ancient curse, but in the real-life woes of a widow and her temperamental six-year-old son. It’s masterfully designed and paced, with a relentless quality that never tips into unendurable or exhausting. The Babadook doesn’t yet have a distributor, but it’s the one film from the “Park City At Midnight” program that nearly everybody was raving about, from horror geeks to film snobs. The only question is whether it gets a quick release or if it spends a year on the festival circuit first. But it will get out—that’s as inevitable as The Babadook itself.

Between this year’s three documentary sections, I saw a lot of great subjects given a merely functional treatment, but Jesse Moss’ The Overnighters was a welcome exception. It starts out as a film about the flood of workers arriving in North Dakota to work in the oil fields, who soon discover that there’s nowhere affordable to live in a suddenly booming real estate market. Quickly, Moss narrows his focus to a small-town Lutheran pastor who’s trying to help these men get on their feet, and suffering the scorn of his community as a result. This is one of the rare documentaries that has a gradually unfolding story, with surprising twists that could maybe have been explored more. But it’s bracing and unforgettable regardless, with a lot to say about what it means to lead a Christian life. I expect it will get picked up for distribution by the end of Sundance; it’s been wowing audiences ever since it premiered on the fest’s first Friday.