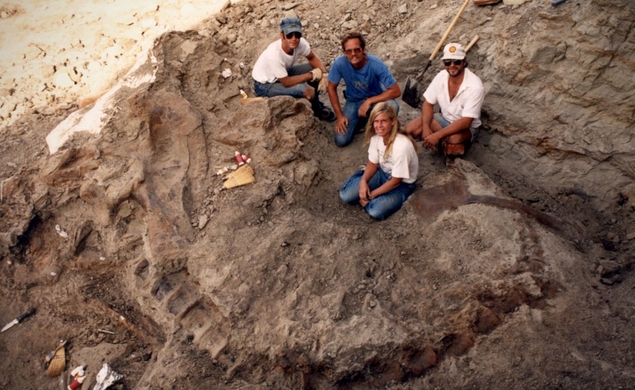 This year’s Sundance Film Festival is less than 24 hours old, but titles are already being snapped up by distributors looking to fill out their release calendars with smart investments. First, Sony took the international rights to Damien Chazelle’s Whiplash. Now, per Variety, CNN Films and Lionsgate have acquired the documentary Dinosaur 13.

The film, directed by Todd Miller, tells the story of Sue, a rare T-Rex skeleton discovered in 1990 on Native American land. As the Sundance film guide describes it, Sue becomes the focal point of a struggle between paleontologist Peter Larson and “the U.S. government, world-class museums, Native American tribes, and competing paleontologists” and Dinosaur 13 “chronicles an unprecedented saga in American history and details the fierce battle to possess a 65-million-year-old treasure.” The Dissolve’s Noel Murray praised the film in his first dispatch from Sundance, calling it “the kind of documentary that does Sundance proud: the kind that pops up on cable or Netflix and is hard to turn off, just because the story is so fascinating.” So far, no release date has been announced.