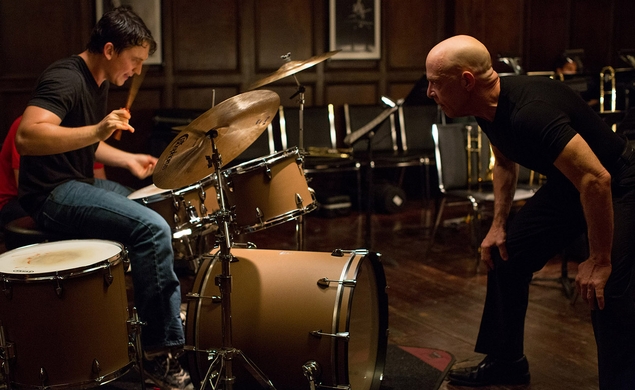 The first major deal of Sundance 2014 went through last night, when Sony purchased the international rights to the opening-night film Whiplash. The second feature from writer-director Damien Chazelle picks up in the same musical wheelhouse as his 2009 musical romance, Guy And Madeline On A Park Bench. That film’s protagonist was a jazz trumpeter, while Whiplash’s protagonist is an aspiring teen jazz drummer played by Miles Teller, who shared a Special Jury Award for Dramatic Acting at last year’s Sundance with his The Spectacular Now co-star Shailene Woodley. Here, Teller’s character is trained and tormented by super-harsh musical instructor J.K. Simmons in a drama the younger actor says is “an exhausting film to watch.”

Like his star, Chazelle returned to Sundance for the second year in a row. Last year, he attended with an 18-minute short version of the film. Shot for $23,000 in three days, the short was meant to serve as a demo reel to entice investors, but director Jason Reitman (Juno, Labor Day) convinced Chazelle to submit it to Sundance as a stand-alone short. Afterward, an independent financier stepped up to provide the $3.3 million budget for 19 days of shooting in Los Angeles and one in New York City. As John Horn reports in The Los Angeles Times, Chazelle had nine weeks to shoot and edit the film in order to have it ready in time for Sundance consideration. The festival says only one other film has gone from festival short to feature in a year: 2012’s modestly successful horror movie The Pact.

Rights to distribute the film in America are still up for grabs. Teller is already poised for next-level fame with a supporting part in the forthcoming, sure-to-be-huge Hunger Games-ish YA adaptation Divergent. Will success change him? “I’m gonna be such an asshole after Divergent,” he joked (or predicted) to journalists while making his way up the red carpet for Whiplash’s premiére.