What’s Alone Yet Not Alone, the surprise Oscar nominee for Best Original Song? 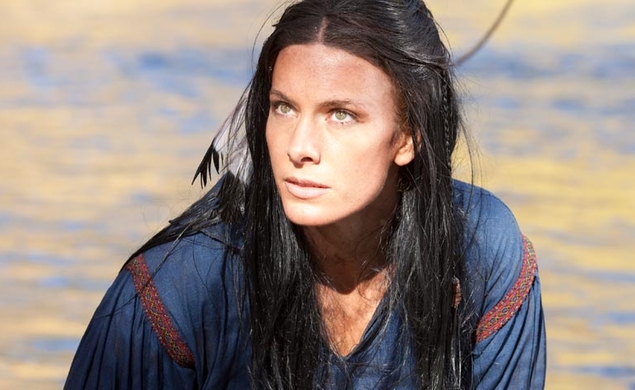 There are always surprises among the Academy Awards nominations, but I’m having a hard time remembering a bigger shocker than the one that came among this year’s nominees for Best Original Song: “Alone Yet Not Alone” from the film of the same name, a movie that was, until a few hours ago, largely unknown (yet not alone). So what the heck is it?

Alone Yet Not Alone, directed by Ray Bengston, is a faith-themed indie film set in the 1700s. Here’s the Oscars’ official plot description:

“The Leininger family sails for America to escape the religious persecution they face in Germany. Their faith sustains them as they begin the difficult task of creating a new home for themselves, but the struggle between the British and French for control of the growing country will have a devastating effect on the family’s fortunes.”

The film, based on a novel by Tracy Leininger Craven (and about “the struggles of her ancestors”), doesn’t open in wider release until later this year, but according to WND.com it received an Oscar-qualifying run last October. It later made the cut for the short list of Oscar-eligible songs.

That short list, by the way, is a bit longer than it used to be; after only two songs were nominated in 2011, the Academy revised the nomination process to ensure that a minimum of five songs get nominated every year. The members of the Music Branch of the Academy watch clips of all the shortlisted songs and then “vote in the order of their preference for not more than five achievements in the category. The five achievements receiving the highest number of votes will become the nominations for the final voting of the award.” Last year’s winner in the category was “Skyfall” from the James Bond film of the same name.

The song “Alone Yet Not Alone” was written by Bruce Broughton and Dennis Spiegel; Broughton was previously nominated for an Oscar for his score for 1985’s Silverado. Here’s the song, sung by Joni Eareckson Tada:

And here’s the trailer for Alone Yet Not Alone:

So there you go; Alone Yet Not Alone. You can find more information about the film at its official website.