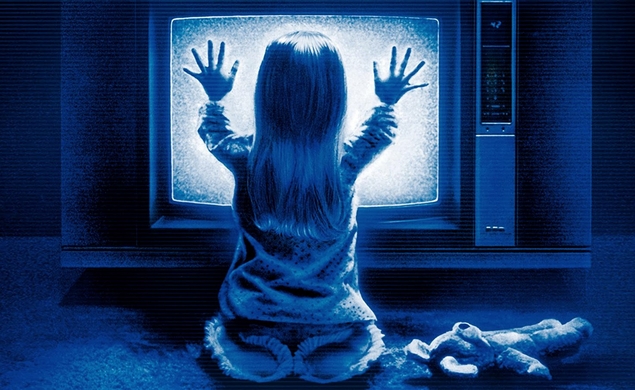 MGM and Fox are remaking Tobe Hooper’s (or maybe Steven Spielberg’s?) Poltergeist, and now the film has a set release date, per Box Office Mojo, of February 13, 2015. That’s right: Valentine’s Day weekend. Because really, what’s more romantic than a new version of a movie that scarred you for life when you were a child? Also opening in theaters that weekend: SpongeBob SquarePants 2 and Fifty Shades Of Grey. So take your pick, romantic-film lovers: murderous ghosts, sadomasochistic erotica, or wacky children’s movie! There are going to be so many bad movie dates on Valentine’s Day next year.

I’m not exactly dying (ghost pun not intended) for another Poltergeist, but the pedigree of this particular one is pretty interesting. It’s directed by Gil Kenan, who made the excellent animated movie Monster House, and written by David Lindsay-Abaire, the screenwriter of Rabbit Hole. The cast includes Sam Rockwell and Rosemarie DeWitt as parents at war with their creepy haunted house, and Mad Men’s Jared Harris as, per Deadline, “a larger than life TV personality who left the world of academia behind to become the star host of basic cable TV show Haunted House Cleaners.” This all sounds promising.