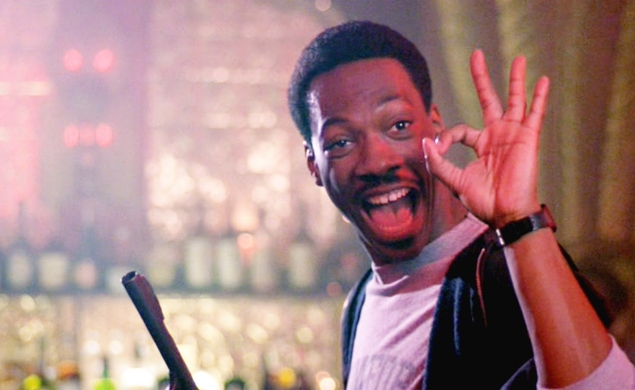 Proving that zombies are still very much on trend in Hollywood, the Beverly Hills Cop franchise simply refuses to stay dead. The third film in the series may have flopped back in 1994, and CBS may have passed on a recent Beverly Hills Cop TV pilot (with franchise fixture Eddie Murphy as Axel Foley and Brandon T. Jackson as his son), but Deadline reports none of that has been enough to kill the series, with Paramount now “moving fast” on a fourth Cop, with a screenplay by Josh Appelbaum and André Nemec, the writers of the very popular Mission: Impossible—Ghost Protocol. I guess if they made one good fourth film in a franchise, odds are they can make another.

Apparently the failed pilot sparked the interest in this new film:

“It showed that the character and Murphy’s portrayal are still pretty potent… For whatever reason, Paramount-CBS politics or pilot testing depending who you ask, the project shockingly did not go to series. But it drew enough attention to the franchise to spawn a new movie.”

All this for a third sequel to a movie that was originally intended as a straight action vehicle for Sylvester Stallone, with a script that director John Landis once called “one of the worst” he’d ever read. That’s what happens when a movie makes $234 million in 1984. (It’s hard to believe but true: The original Cop outgrossed Ghostbusters and Indiana Jones And The Temple Of Doom.) In Hollywood, hope for properties with proven track records springs eternal.