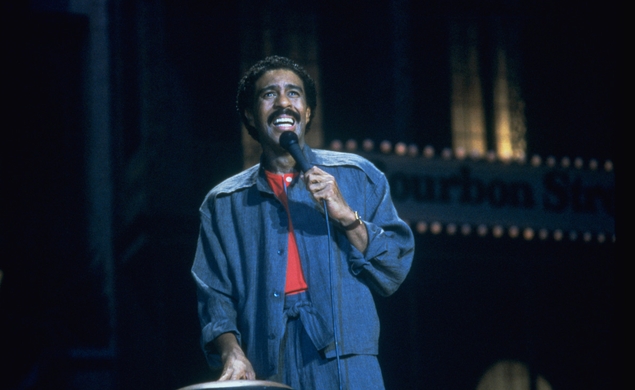 Lee Daniels’ Lee Daniels’ The Butler was one of the biggest (albeit strangely titled) hits of the summer, and Daniels’ biggest success a director to date. The story of a butler who worked in the White House for decades earned over $116 million at the domestic box office and an additional $5o million overseas against a budget of just $30 million. Fresh off that triumph and flush with momentum, Daniels is now pursuing an ambitious follow-up. According to The Hollywood Reporter, the filmmaker is in negotiations to make a biopic about the life of stand-up comedian Richard Pryor.

Pryor, who died in 2005, is widely regarded as one of the greatest comics of all time. An influential voice in popular culture for decades, he was an Emmy and Grammy winner, a television host, and a movie star. He was also a singular performer, and it’s going to be hugely important for whoever is cast in the role to at least approximate (if not outright imitate) Pryor’s signature delivery. That won’t be easy. Unlike Lee Daniels’ The Butler, based on a relatively obscure figure of American history (and heavily fictionalized anyway), Lee Daniels’ Richard Pryor is going to be held up to immense scrutiny and compared to his numerous concert albums and movies that are still widely available.

THR says Michael B. Jordan, Marlon Wayans, and Eddie Murphy “are among the actors being eyed for the film, which has been in the works for years with different actors attached.” Their sources claim Wayans’ screen test “wowed” producer Harvey Weinstein, but that Jordan is the “frontrunner” in the wake of his own 2013 hit, Fruitvale Station. At 26, he seems a little young for the part to me, particularly since much of Pryor’s best work (and his most famous personal incidents, as when he set himself on fire while freebasing cocaine in 1980) occurred later in his life.

Jennifer Pryor, the comedian’s widow, will produce the film. I’m sure she would greatly appreciate your fan-casting suggestions for Lee Daniels’ Richard Pryor Biopic.