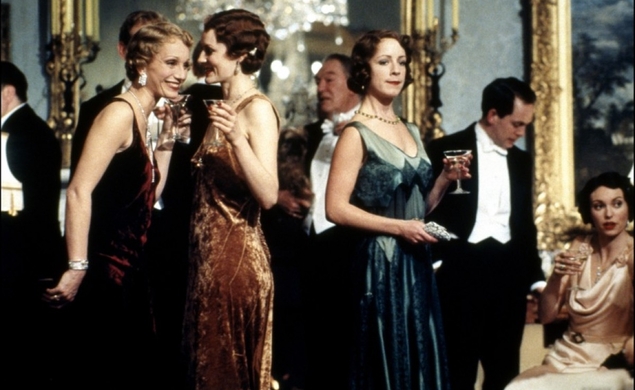 Twelve years after the release of Gosford Park—one of director Robert Altman’s biggest hits—the film seems more relevant than ever, both for how it fits into Altman’s filmography and for how it presages one of today’s most popular TV series. Screenwriter Julian Fellowes won an Academy Award for Gosford Park, and would go on to create the wildly successful and very similar BBC drama Downton Abbey, proving that the audience that turned out for the movie hadn’t yet gotten its fill of aristocrats and servants dealing with the changing mores of early 20th century England. In retrospect, Gosford Park is also of a piece with the quieter, warmer films that Altman made in his last decade of life (after receiving a heart transplant, he later revealed). Coming two years after the well-received Southern dramedy Cookie’s Fortune, Gosford Park found Altman staying fairly faithful to Fellowes’ script, not trying to come at the material from too many odd angles. Instead, Altman let his teeming cast of British and American actors have fun with Fellowes’ urbane dialogue, while he moved his camera easily around them, enjoying their work. For a film about murder and class tension, Gosford Park is pretty easygoing. It airs on Showtime Showcase at 9 p.m. Eastern.

Or: For something completely un-Gosford Park-like, HDNet movies is showing John Woo’s second English-language movie, Broken Arrow, at 12:30 a.m. Eastern. Though not as much fun as Woo’s first American film Hard Target, Broken Arrow features an entertaining John Travolta performance as as a rogue Air Force pilot who hijacks a nuclear weapon to blackmail the government (while Christian Slater is the ex-buddy who pursues Travolta across the alkali flats of Utah). And Graham Yost’s script, although a little generic, leaves room for Woo to explore his usual theme of powerful men locked in a violent dance.