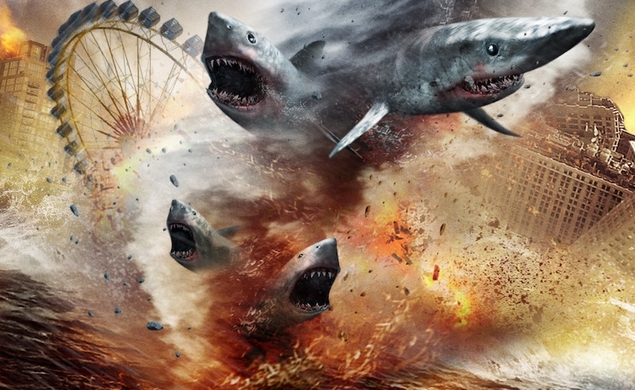 It may have been watched by just 1 million people—less than tune-in on average for any old schlocky Syfy movie—but all those thousands of tweets about Sharknado were not in vain. In response to the social-media sensation, the highly mockable telefilm is coming to destroy the nation’s movie theaters in a swirl of high-velocity winds, very sharp teeth, and subpar acting.

You’ll find a full list of participating theaters right here. And now, back to work on my pitch for Tsunamisaurus Rex.