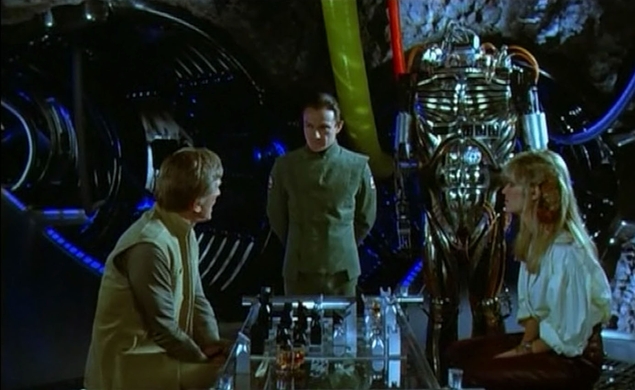 Outside of the theater, legendary 89-year-old director Stanley Donen hasn’t directed since the 1999 TV movie Love Letters and hasn’t made a theatrical feature since 1984’s Blame It On Rio. In an interview last year, the Singin’ In The Rain co-director and helmer of Funny Face alluded to a project he was developing. “I’d like to make another,” he said. “I’m thinking of putting it in Paris. I am developing it—not just in my head, on paper. It’s about making movies. It’s not a look back, it’s a look forward. I’ll shoot as soon as I can get it finished and get the money to make it. That’s always difficult.”

In an item published earlier this week, entertainment journalist Roger Friedman said Donen held a reading of the script for private investors with a cast that included Christopher Walken, Jeannie Berlin, Charles Grodin, and NYU acting students. The script was co-written with his longtime partner Elaine May; Mike Nichols is set to produce. Friedman’s anonymous insider cracks that “knowing those three, they’ll all direct it!”

The plot allegedly has to do with a difficult film production where everything goes wrong, a situation Donen has quite a bit of experience with. The five films he made in the ’70s and ’80s were financially or critically disastrous or both, most notably the 1980 sci-fi robot thriller Saturn 3. What might this new project look like? In that same interview last year, Donen said that while no contemporary performers have made him say “I really want to make a picture with her,” he’s most excited by Dancing With The Stars and So You Think You Can Dance? “I think they’re terrific, those dancers,” he said. “I record those shows to watch them. They really are wonderful. [...] I’ve thought about using the stars of them in a film.”