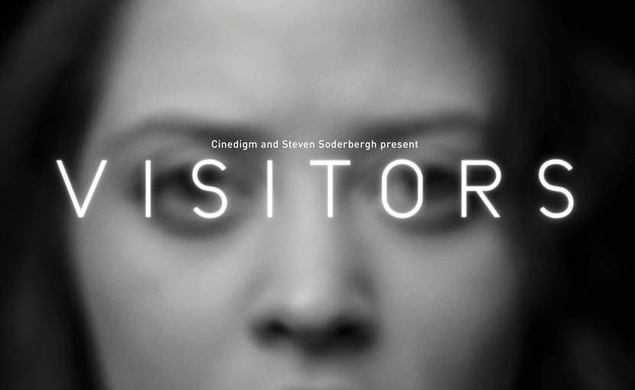 The men who made the landmark documentary Koyaanisqatsi—director Godfrey Reggio and composer Philip Glass—are back with a brand new film. In just 74 shots spread over 87 minutes, Visitors, which is also presented by Steven Soderbergh and associate directed by Jon Kane, takes viewers on a dialogue-free journey around the world for a consideration of humanity's relationship to technology.

Today, The Dissolve has your first look at four new posters for the movie. First, here’s the original poster from Visitors’ première at this year’s Toronto International Film Festival: 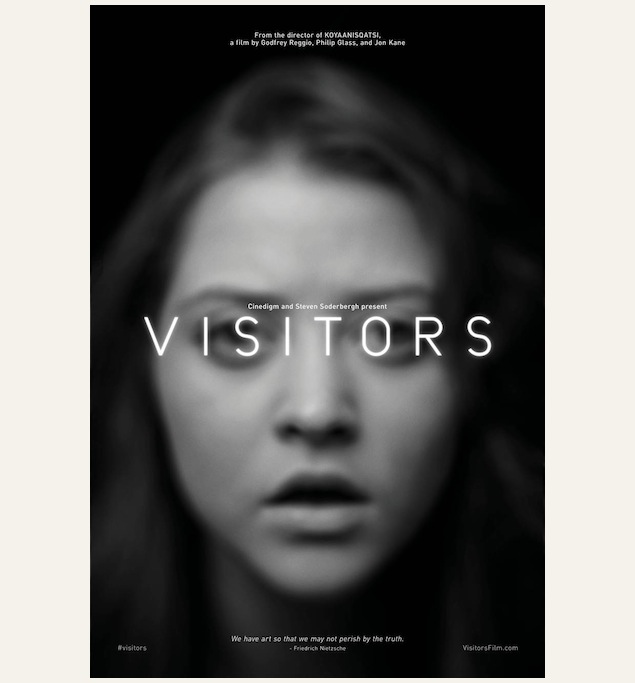 Now, here are four more posters to go along with it. Collect the whole set: 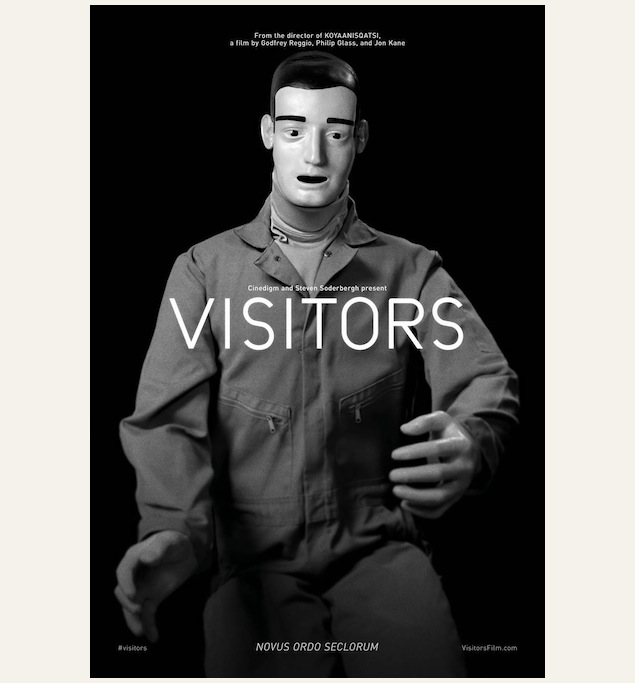 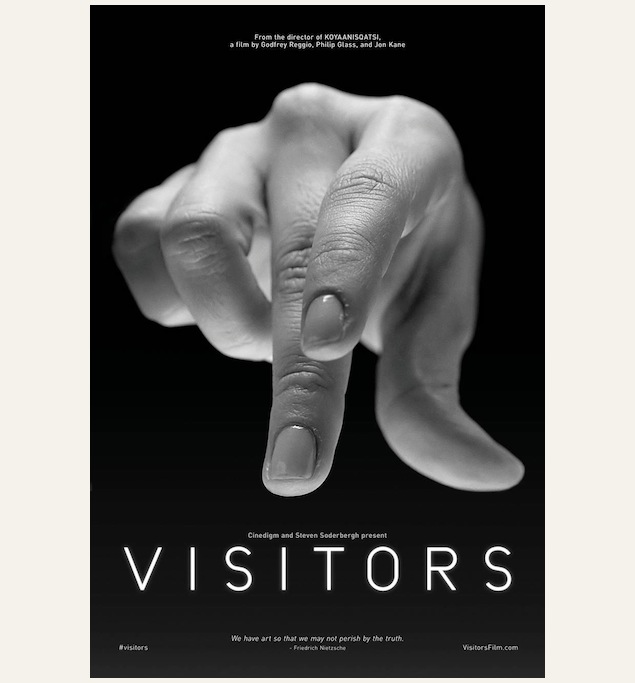 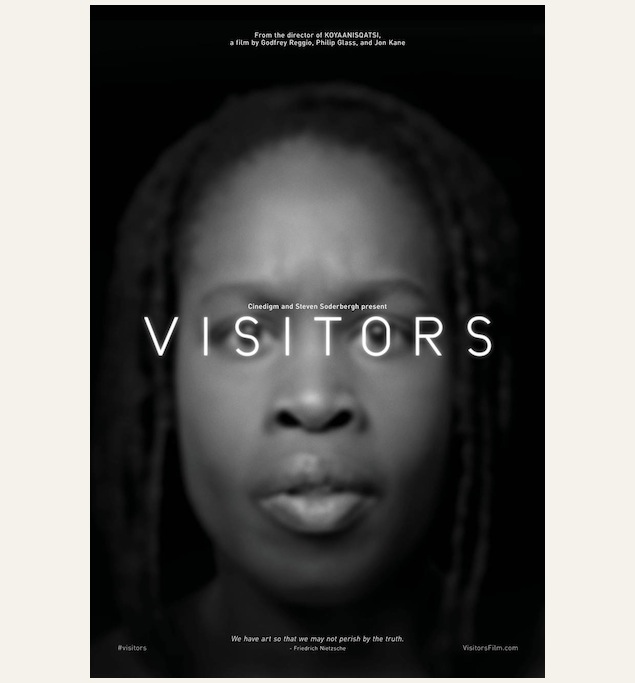 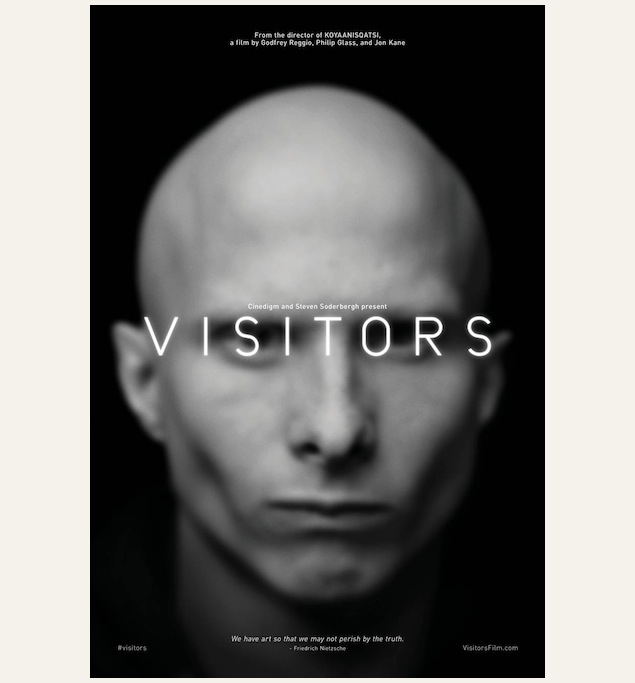 The one with the hand is just fantastic. Here’s the film’s trailer as well:

Visitors opens at New York’s Sunshine Cinema on January 24, and expands to additional cities in the following weeks. For a full list of dates and more information, check out the film’s official website.