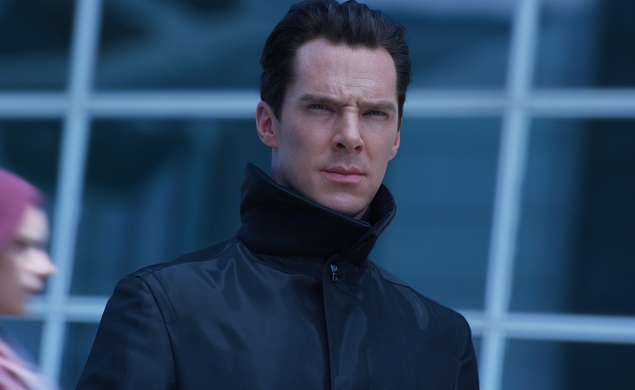 The following post contains SPOILERS for Star Trek Into Darkness.

Star Trek Into Darkness was sold as mystery: Who the hell is the character played by Benedict Cumberbatch? Promotional materials claimed he was a guy named “John Harrison,” but speculation from the very beginning suggested that he was really Khan, the beloved villain from the Star Trek episode “Space Seed” and the first second Star Trek movie, 1982’s The Wrath Of Khan. The entire Into Darkness team swore up and down Cumberbatch was not playing Khan—director J.J. Abrams and star Simon Pegg both lied to different outlets about the character’s identity—but when the film finally came out, audiences waited half the movie to learn Cumberbatch was actually playing… Khan.

Into Darkness did reasonably well at the box office, but the movie was not particularly well-liked, particularly among Star Trek fans who hated Cumberbatch’s character and Abrams’ decision to play coy with his big reveal. But the big reveal was also apparently not well-liked by Abrams himself, who was asked recently by MTV whether he regretted the way the Khan mystery was handled. “Frankly, I do,” he replied. Abrams continued:

“The truth is I think it probably would have been smarter just to say up front ‘This is who it is.’ It was only trying to preserve the fun of it, and it might have given more time to acclimate and accept that’s what the thing was.”

“All it really was was an attempt not to ruin the thing,” Abrams explained, although he later added that it was the studio, Paramount, who felt it was “important” that he “not angle [Into Darkness] for existing fans. If we said it was Khan, it would feel like you’ve really got to know what Star Trek is about to see this movie. That would have been limiting. I can understand their argument to try to keep that quiet, but I do wonder if it would have seemed a little bit less like an attempt at deception if we had just come out with it.”

If the studio didn’t want to make Star Trek Into Darkness look like a “for fans only” proposition, then it was probably a mistake to put Khan in the movie in the first place, and it was definitely a mistake to put him in the way Abrams did. The whole structure of the film was about the character’s secret identity and then the big reveal when Cumberbatch very dramatically announces “My name… is Khan!” But that name means absolutely nothing to Captain Kirk and the rest of the Enterprise crew, because in Abrams’ altered timeline, they’ve never met him. It’s only a big dramatic moment for knowledgeable viewers who are supposed to be shocked by the twist. And it’s only shocking if you don’t tell everyone it’s Khan beforehand.

This information goes along way toward explaining why Into Darkness wasn’t nearly as entertaining as Abrams’ first Star Trek. If a series is going to live long and prosper, everyone needs to be on the same page.