Weeks after its release, Blue Is The Warmest Color’s director is still on the warpath 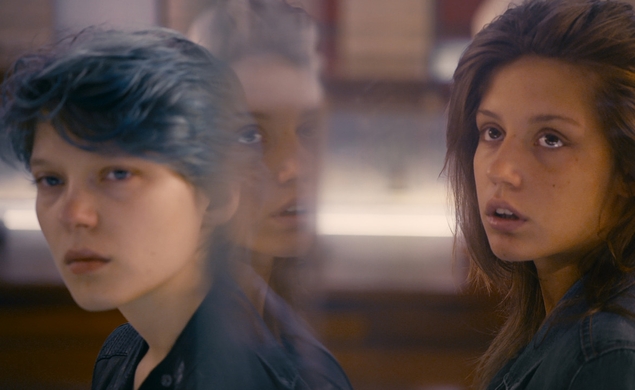 Blue Is The Warmest Color opened in theaters on October 9, but director Abdellatif Kechiche’s negative publicity campaign, and his war of words with his lead actresses, continues. Nearly a month after publishing an open letter railing against star Léa Seydoux and others, Kechiche stayed on the warpath at the Hong Kong French Film Festival.

Speaking to The Hollywood Reporter, he was asked again about Seydoux’s remarks that described making the film as “horrible.” “If I were to respond to this, I'd be very nasty.” he said. Moreover, Seydoux “has not had [that much] experience as an actress. She has a lot to learn.” To the press at large, he went a little further: “I find it difficult to explain it to myself, because she talked about facts that never happened, and impressions that she supposedly experienced but never told me about,” he elaborated. “Each time I talk about this controversy, I feel like I'm facing a court.”

This time out, Kechiche saved the bulk of his spite for Julie Maroh, author of the film’s graphic novel source material. Maroh had called the sex scenes “pornographic” and criticized Blue’s lack of an authentic lesbian point of view. Kechiche said her comments were “stupid” and “grotesque, senseless, not very worthy on her part.” Why would she say something like that? “I feel she did it as a free publicity campaign for herself to get more attention surrounding her graphic novel. This was not needed, because inevitably following the release of the film (it) had become more popular in comparison to the little sales it was making before the movie.” And so the long day wore on.