The naked truth about the various cuts of Nymphomaniac 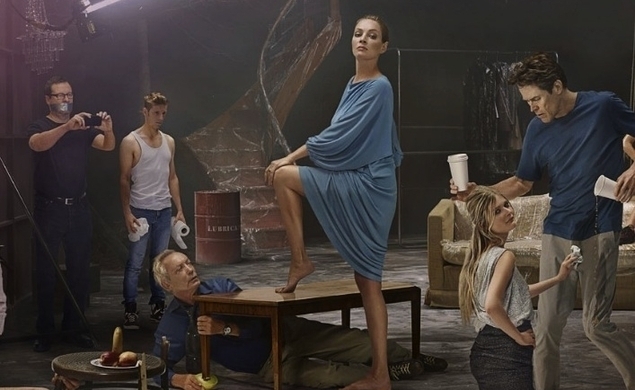 There’s been some confusion about exactly what Lars von Trier is releasing under the title Nymphomaniac: How much or how little nudity and explicit sexuality it will contain; how long or how short it will be; how many different cuts have been made from the raw footage. Recent reports stated that von Trier’s five-hour director’s cut would be trimmed to two two-hour halves for release in Denmark, a fact confirmed by producer Louise Vesth in a new interview with Screen Daily.

In short: yes, there are two versions: the shorter four-hour cut and the complete 5.5 hour cut that “has more close-ups of genitals” (an extra 90 minutes of genitals?!?). The shorter version, which still contains “a lot of nudity and sex” according to Vesth, premières in Denmark on Christmas Day, and expands to other territories in the first quarter of 2014. Vesth claims a distribution plan for the longer version still hasn’t been determined beyond the fact that it will appear “later in 2014.”

Vesth also made it clear that von Trier is fine with the bifurcated distribution approach. “Lars told me he was happy that we could do it this way,” she said. “For him it was very important that we have a long version for artistic reasons but he understands that we meet the wishes for distribution.” Still, she did add that von Trier did not work on the edit of the four-hour cut, because “for him it was important not to be confused.” I am glad one person in this situation is not confused.