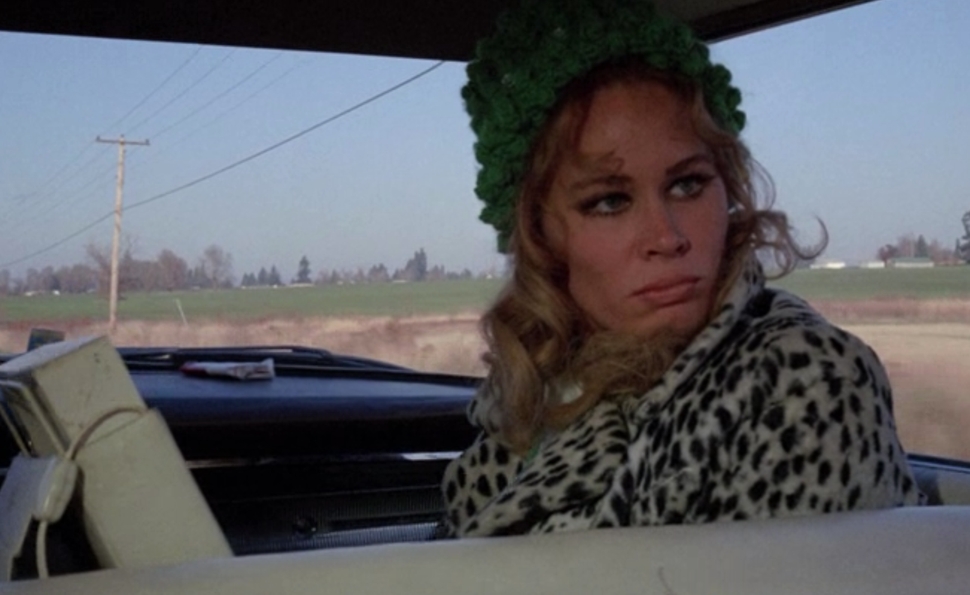 Karen Black, who died yesterday at age 74 following a long battle with cancer, was ubiquitous throughout American independent cinema of the 1970s, an electrifying presence in everything from revered classics of New Hollywood to campy horror movies and low-budget genre films. In her 1970s heyday, she combined the frank sexuality of a bombshell with the grubby, almost feral intensity of a character actor.

Black specialized in playing damaged, vulnerable, desperate women who traded on their sexuality to get by in a cruel, sexist world, but Black herself grew up in a world of comfort and luxury in the Chicago suburbs. She entered Northwestern University at age 15 and later studied at The Actors Studio before getting her start on television. But she made her mark primarily in film. She was at the epicenter of New Hollywood, landing her first major film role in 1966, in Francis Ford Coppola’s You’re A Big Boy Now, then playing a prostitute in Easy Rider and Jack Nicholson’s raunchy girlfriend in Five Easy Pieces, a career-defining role that earned her an Academy Award nomination.

Black’s utter fearlessness made her perfect for the female lead in 1972’s Portnoy’s Complaint: She plays a voracious shiksa sex goddess who torments and tantalizes Richard Benjamin’s onanistic, solipsistic protagonist. The feature-film adaptation of Philip Roth’s groundbreaking novel is a vulgar mess, but Black is electrifying.

Black’s work in Portnoy’s Complaint, Day Of The Locust, and The Great Gatsby is characterized by a refreshing lack of vanity: She was never afraid to look ugly, sad, pathetic, or needy. She was the antithesis of the ice-queen Grace Kelly blonde, giving all of herself onscreen, holding nothing back. Along with Bruce Dern—whom she co-starred with again in Family Plot, Alfred Hitchcock’s last film—she was an incandescent spark of uncontrollable vulgarity in the otherwise moribund, stiff 1974 botch of The Great Gatsby.

In her most fruitful decade, Black navigated easily between high and low culture. She co-starred with Zero Mostel and Gene Wilder in a 1974 adaptation of Eugene Ionesco’s seminal postmodern masterpiece Rhinoceros, sang and acted as part of the epic ensemble of Robert Altman’s Nashville, was part of an equally epic but much less distinguished ensemble  in Airport 1975, and battled a Zuni Fetish Doll in 1975’s Trilogy Of Terror, a legendary horror anthology that cast Black in multiple roles.

Trilogy Of Terror gave Black one of her most memorable roles, but it also foreshadowed the direction her career would take. As she aged out of damaged-sexpot roles, Black increasingly became a camp figure. (She even inspired the name of a band, The Voluptuous Horror Of Karen Black.) Black re-teamed with Altman for 1982’s Come Back To The 5 And Dime, Jimmy Dean, Jimmy Dean, but in the years ahead, her indelible presence enlivened schlock like 1988’s The Invisible Kid, 1990’s Zapped Again!, and 1994’s Plan 10 From Outer Space.

After being diagnosed with cancer in 2010, Black continued to work: She has three films scheduled for release in 2013, including a movie called Ooga Booga for B-movie maestro Charles Band that concerns a murderous action figure intent on revenge. It’s probably no coincidence that the film’s premise sounds suspiciously like the Zuni Fetish doll sequence in Trilogy Of Terror, a parallelism that echoes the arc of Black’s career: cult greatness of the 1970s dimly reflected in the low-budget video-store fodder of later days. But thankfully, the great work Black did throughout her heyday will endure, even if the dimmer efforts littering the end of her filmography are destined to be forgotten.