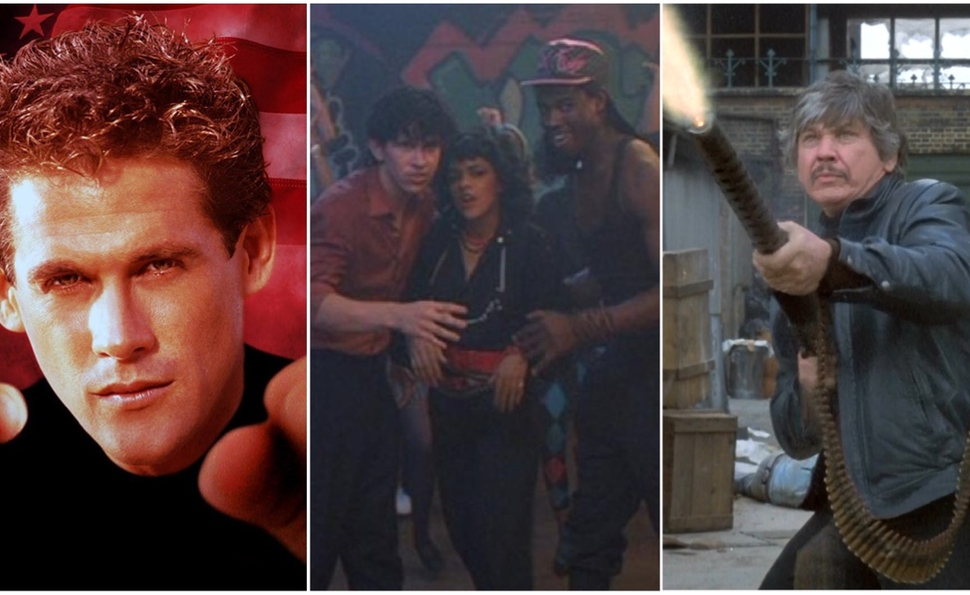 Remembering Menahem Golan, the producer with the most boogaloo

For B-movie lovers, the names “Cannon Films” and “Menahem Golan”—and to a smaller extent, the name of Golan’s less-magnetic cousin and partner, Yoram Globus—are coated in magic. True, the magic is of the lurid, second-rate variety, but it’s magical all the same. Let’s call this magic “Electric Boogaloo,” after the unforgettable subtitle to the company’s breakdancing hit Breakin’ 2: Electric Boogaloo. Other studios had more money and bigger stars in the 1980s, but no one had more moxie, Israeli-grade chutzpah, or Electric Boogaloo than Cannon.

It would be inaccurate to say that in their 1980s prime, Cannon and its charismatic co-leader made movies like no one else, since ripping off more successful, respectable studio movies was one of the studio’s core principles—one of many traits it shared with Roger Corman, for whom Golan used to work as an assistant. The mainstream had Sylvester Stallone as Rambo. Cannon gave the world Chuck Norris as Rambo’s B-movie equivalent in Missing In Action and Missing In Action 2: The Beginning. Steven Spielberg and George Lucas  resurrected the spirit of pulp serials with Raiders Of The Lost Ark; Cannon gave the world the Indiana Jones/Romancing The Stone mix-em-up Firewalker. Studios had The Black Stallion; Cannon had Lightning: The White Stallion. The mainstream had Bruce Lee; Cannon had five entries in the American Ninja series and the Enter The Ninja trilogy. 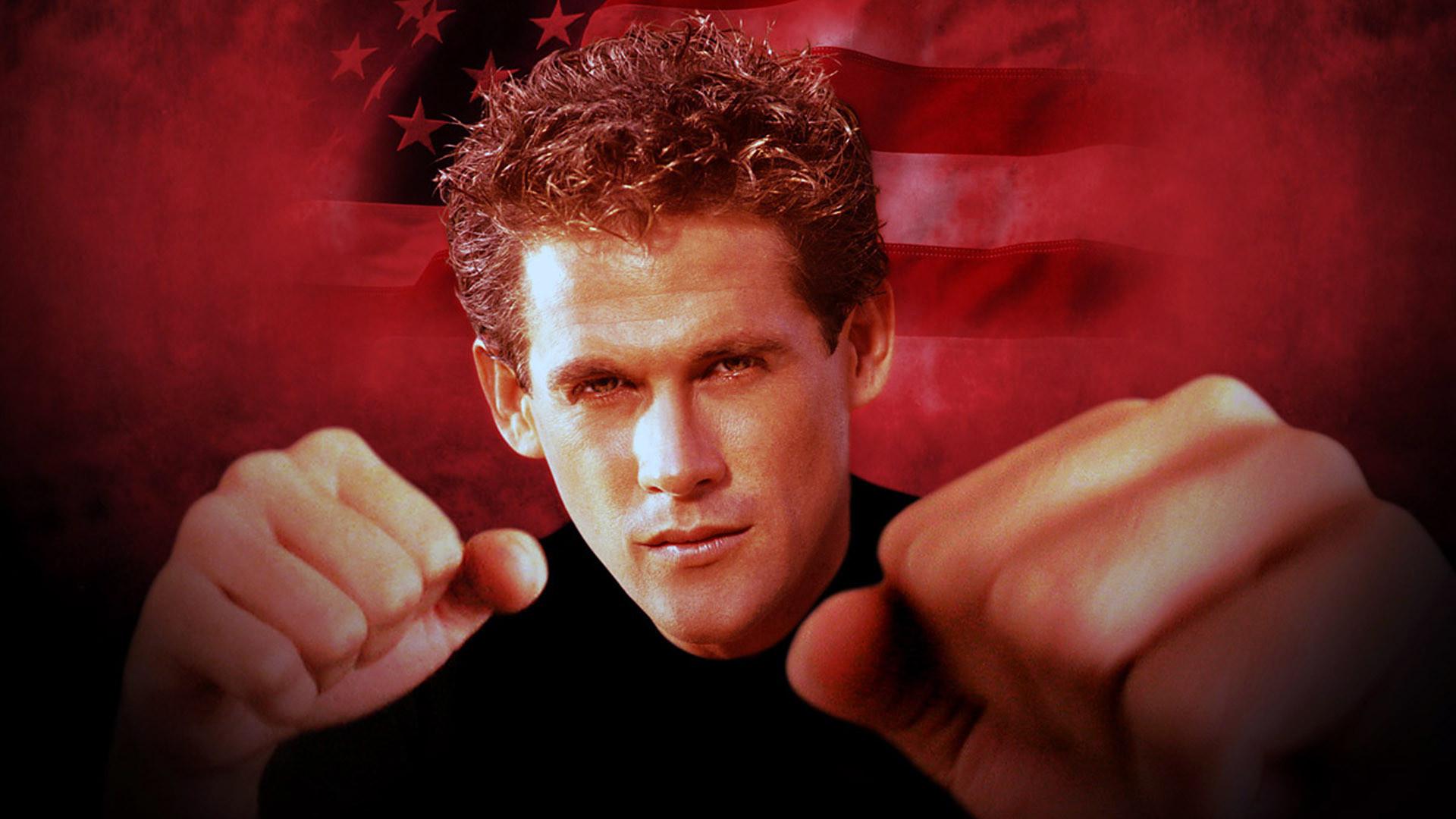 But while Cannon’s films could seldom be accused of originality, they were generally wilder, sexier, and more shameless than their more respectable studio counterparts. They were bad and derivative, but they seldom felt like they were made by committee. They had personality, and their personality often reflected that of Golan, a huckster, wheeler-dealer, raconteur, showman, and larger-than-life presence.

The Mailer collaboration is a perfect illustration of the Electric Boogaloo coursing through the company’s best/craziest films. Tough Guys Don't Dance somehow manages to be far more lurid, violent, and disreputable than the Death Wish and American Ninja movies. The film represents a waking fever-dream of pulp insanity that grows more quotable and infectious with each viewing. Golan clearly saw something of himself in Mailer, who put out a book called Advertisements For Myself; in a perfect illustration of the men’s shared sense of Electric Boogaloo, they advertised Tough Guys Don’t Dance with trailers featuring Mailer himself reading comment cards for the film that call it “a giant death orgy with lots of maniacs,” as well as one accusing the film of having been made by the devil.

Another good example of that Electric Boogaloo can be found in Death Wish III. On paper, the project is almost perversely unpromising: a second, late-in-the-game sequel to a vaguely fascist early-1970s crowd-pleaser starring the geriatric, terse Charles Bronson. It sounds like a film destined to be instantly forgotten, but instead, it goes so insanely over the top that it comes around to being a surreally excessive exercise in self-parody. 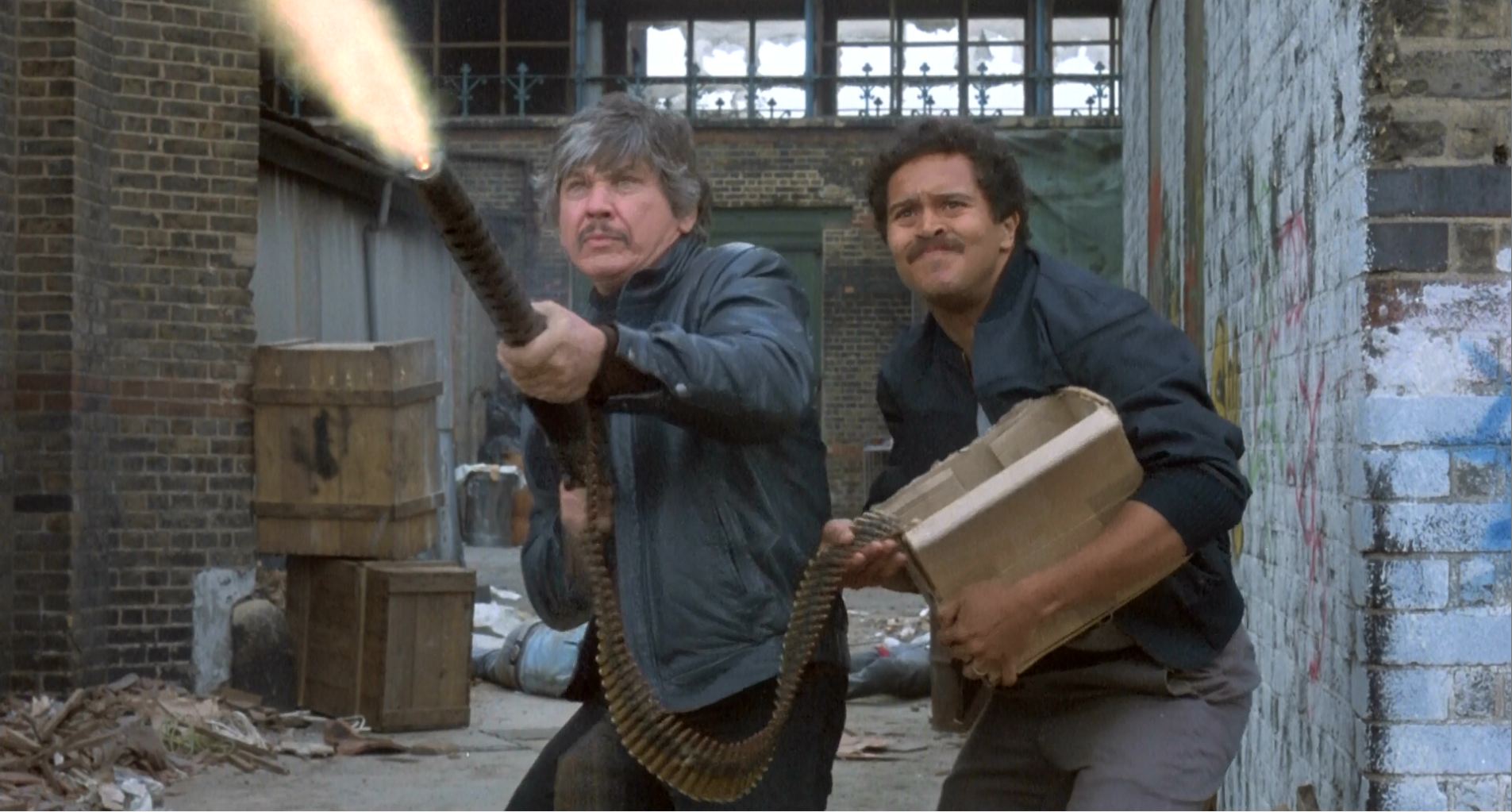 Or take 1980’s The Apple, which Golan himself directed. The film was designed as an attempt to re-create the cult success of The Rocky Horror Picture Show with a gender-bending disco musical loosely based on the story of Adam and Eve, but taking place in a dystopian future. (Or an alternate universe? It’s hard to tell.) Think the story of Genesis as recounted by a coked-up go-go dancer at Studio 54, only infinitely weirder. It has sex, drugs, delirious excess, and utter shamelessness—it’s Golan in a nutshell. Over the years, a sizable cult following has grown up around the film, which was so poorly received that, according to legend, the audience for the première threw their promotional soundtracks at the screen in disgust.

When it came to deranged B-movies and genre fare, Cannon owned the 1980s. It was Golan’s decade—big, brash, tacky, and, to borrow the title of a 1987 film Golan himself directed, over the top—so it’s weirdly perfect that his reign as the head of Cannon lasted almost the entire decade, from 1979 to 1989. It was a sign of Cannon’s growing, though shaky, power in the latter half of that decade (shortly before its stock plummeted, resulting in a buy-out from Pathe Communications) that Golan could attract no less than Sylvester Stallone to star in the arm-wrestling movie Over The Top, which was at heart a Rocky rip-off.

It’s further testament to how 1980s Cannon and Golan were that they were much better at making and marketing ninja and breakdancing movies than superhero movies. Considering the way the movie business has progressed, it’s astonishing to think that at various points in the 1980s, this charismatic Israeli charlatan owned the rights to what would become billion-dollar franchises such as Spider-Man, Captain America, and Superman. Golan bought the rights to Spider-Man for the cut-rate price of $225,000, and planned to make an adaptation to be directed by one of his favorite directors, Albert Pyun (Nemesis, Nemesis 2: Nebula, Nemesis 3: Prey Harder, Nemesis 4: Death Angel), before the financing ran out and the rights to the character reverted back to Marvel.

Golan didn’t see comic books the way studios see comic books now, as important, lucrative mythologies, or cornerstones of pop culture; for Cannon, they were just another hustle, no different fundamentally from vigilante revenge thrillers. It’s a hustle Cannon never really cracked: The studio never made a Spider-Man movie, and the Captain America movie released after Golan’s departure from the company was uncharacteristically bland, though it did get around to making a Superman movie that could only have been made by Cannon: 1987’s Superman IV: The Quest For Peace. 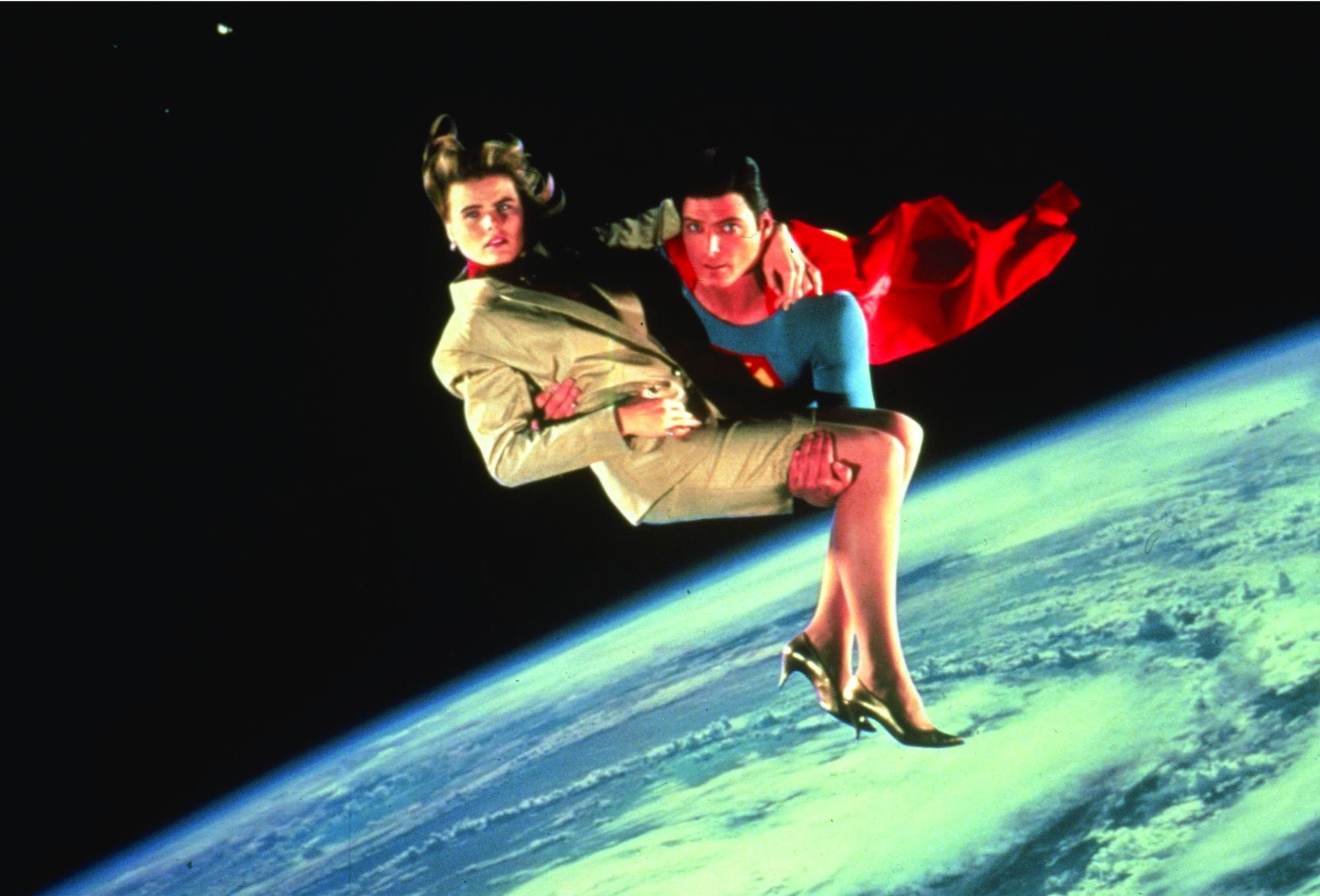 Rather than Superman pulling the company up into the realm of respectability, the joyful sleaze merchants at Cannon dragged the Man Of Steel down into the B-movie gutter. Golan assisted in Cannon-izing the most prestigious and classy comic-book icon of all time by making a relatively cheap B-movie rooted in a heavy-handed anti-nuclear message that would have felt didactic and distracting even if the threat of nuclear annihilation wasn’t declining dramatically every passing week. Golan got Christopher Reeve and Gene Hackman to re-up for the film, but then surrounded them with tacky new additions like Jon Cryer’s wacky new-wave-y sidekick and Nuclear Man, a new villain now as esteemed in superhero circles as The Star Wars Holiday Special and Jar-Jar Binks are in Star Wars circles.

Golan continued to work after parting ways with Cannon in 1989, but his era had passed. They just didn’t make ninja or breakdancing movies the way they used to. In the years ahead, the kind of crazy B-movies the company specialized in travelled in two antithetical directions: They either went direct-to-video and were ignored by all but genre diehards, or they were gussied up and turned into big-budget studio pictures, without the Electric Boogaloo that distinguished Cannon at its finest.

But we are seeing a comeback of the Cannon aesthetic. Golan’s old collaborator Stallone (with whom he made Over The Top and Cobra) made The Expendables movies in the lowbrow, proudly vulgar spirit of Cannon productions, and included a number of fellow Cannon alum in the casts, including Chuck Norris and Jean-Claude Van Damme. And Scott Adkins has emerged as a new-school action hero, thanks to movies with Ninja in their titles (Ninja and Ninja: Shadow Of A Tear). And recently, Golan, Globus, and Cannon have served as the subject of two different documentaries: The Go-Go Boys: The Inside Story Of Cannon Films and Electric Boogaloo: The Wild, Untold Story Of Cannon Films, both of which premièred at festivals this year.

Golan was a man of his times, specifically the 1980s, but the times are increasingly tilting in a Golan-friendly direction. The go-for-broke, shameless spirit of Cannon at its wackiest and most tackily inspired finds expression in the excitement over proud schlock like The Expendables and Hobo With A Shotgun, as well as a slew of bad-movie podcasts where the dregs of cinema are celebrated for their exquisite awfulness and unintentional entertainment value. The individual elements and stars of Cannon’s oeuvre are totally ’80s, but Golan’s carny-showman instinct to put butts in seats by any means necessary—preferably through some combination of sex, violence, showmanship, and crazy gimmicks—remains timeless.