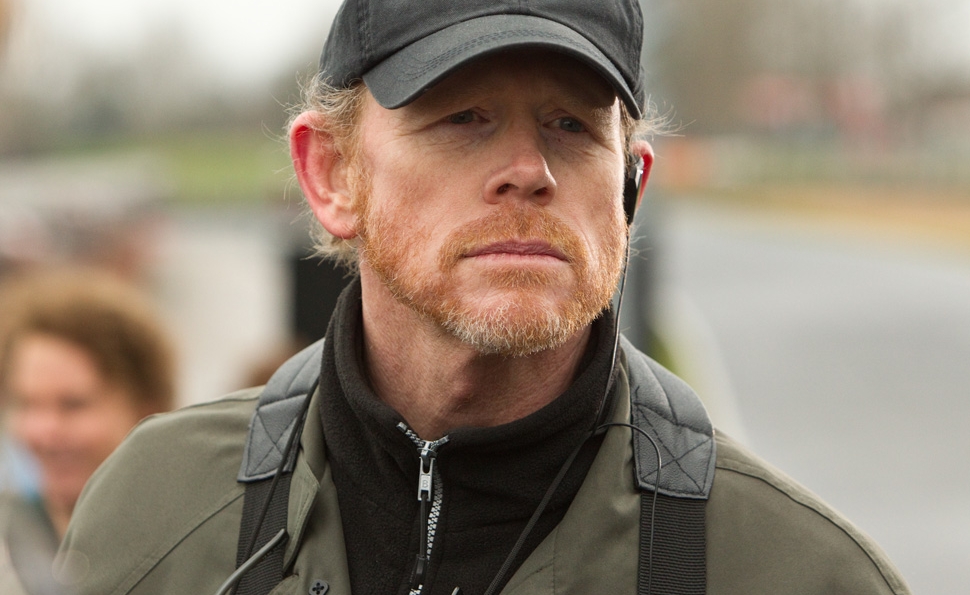 by Noel Murray and Scott Tobias

Scott: Rush has been touted in some corners as a homecoming of sorts for Ron Howard, whose directorial career began with the Roger Corman gearhead comedy Grand Theft Auto. But other than the fact that both films are about cars and the reckless humans who drive them, aren’t we grasping at straws here? Howard has been making movies for nearly 40 years now, but are we any closer to understanding what makes him tick? We’re so used to talking about directors in terms of their thematic obsessions or stylistic signatures, but finding the connections between films as disparate as Parenthood, Willow, How The Grinch Stole Christmas, and Angels & Demons has exceeded even my considerable bullshitting skills. I have some theories about the arc of Howard’s career and his place in Hollywood, but let me ask you a fundamental question, Noel: What the fuck is up with this guy?

Noel: What, you mean Opie Cunningham? The most successful director never to be named anyone’s favorite?

I like Howard, so I don’t want to be too harsh here. I like him as an actor. (The Andy Griffith Show is maybe my favorite TV sitcom of all time, or at least in the top five.) I like him as a public figure, and as the voice of Arrested Development. If I ever got the chance to interview him, I bet we’d have a better conversation than I had the times I interviewed Robert Altman and Brian De Palma, my two favorite directors. But as a filmmaker? I can think of maybe half a dozen Howard films I like quite a bit—including Rush—and about half a dozen I dislike strongly, and then there’s a whole slew that I’m mixed or neutral toward. Never in my life have I said, “All right, a new Ron Howard film!” Looking over his filmography, I see movie after movie that I’d forgotten he directed—or that existed. (Did you know he directed Gung Ho? Do you even remember The Dilemma?) 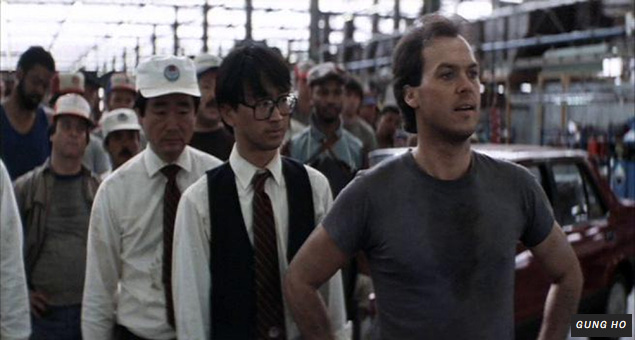 It’s our job, though, to try and figure out what different directors bring to the table, so maybe we should break down Howard at his best and worst, to see if we can figure out who he is. I’ll let you decide where to start: Would you like to name your three favorite Howard films, or your three least favorite?

Scott: I’ll offer up a top three, but first, let me offer an observation about Rush that got me thinking about Howard’s career. One of the refreshing things about the movie is that Niki Lauda, the calculating Austrian played so deliciously by Daniel Brühl, is set up as a villainous foil to dashing, reckless British playboy James Hunt (Chris Hemsworth), but winds up being its true hero. (Or co-hero, anyway.) This would be like Val Kilmer’s Iceman being viewed as equal to Tom Cruise in Top Gun—we’re supposed to root for the wild, colorful, charismatic “Maverick,” not the technician who shows no evident passion for his work.

So what does it say that Howard empathizes as much or more with Lauda as with Hunt? Unlike other graduates from the Roger Corman school of filmmaking, Howard didn’t go on to become an iconoclast, but instead settled into a long and successful career as a Hollywood director with—and I’m being generous here—an eclectic range of projects. He’s never acknowledged for his pedal-to-the-metal genius, properly, but he never flamed out, either, and he’s proven durable to changes within the industry. And as a stylist, he’s very Lauda-esque: He doesn’t bring much flair or personality to any one project, but he knows how to machine-tool narratives of all stripes—comedy, fantasy, drama, action, etc.—and if you question his achievements, he has some trophies on the wall to show you.

I’ll give you a “top three,” with the caveat that I wouldn’t rate anything Howard has made above “good.” Like you, I’m mixed to neutral on most of his films, and his best tend to be thinned-out versions of movies I like better: Why watch Apollo 13 when The Right Stuff (and soon, Gravity) exist? Cinderella Man has wonderful turns by Russell Crowe and Paul Giamatti, but it’s going to have to line up behind a slew of underdog boxing movies. And The Paper is a lot of fun, but I’d rather give Broadcast News a 12th viewing than give The Paper a second. Point being, even Howard’s best films leave me feeling like I’ve gotten everything about them the first time through. His worst draw more passion from me, especially How The Grinch Stole Christmas, a miscalculation so grotesque that I’m surprised Howard was behind it. 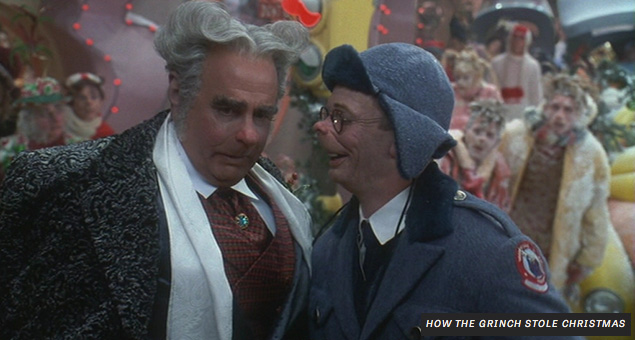 Noel: And Grinch came on the heels of EDtv, Howard’s spectacularly unfunny, out-of-touch riff on the instant celebrity of reality television. And EDtv came three years after Howard followed up the excellent Apollo 13 (which I think you’re underrating a tad… I like that movie better every time I stumble across it on cable) with the similarly prestige-y and fairly interesting Ransom. Just when it seemed like Howard was making a move toward the A-list, he took a few years off and came back with two of his worst films, neither of which have any of the ambition of the pictures he made immediately before. But then immediately after Grinch, Howard made A Beautiful Mind, which is a film I don’t personally care for, but do respect. And then The Missing (ditto), and Cinderella Man, which is probably my favorite Ron Howard film, and another one I think you’re not high enough on. I even think The Da Vinci Code’s not that bad—though I don’t like Angels & Demons at all, and don’t think he made much of Frost/Nixon.

I like your idea of Howard as Lauda—the man who doesn’t take risks and stays within acceptable ranges of probability for success. I think if we look down Howard’s filmography, the most common trait is that there are a lot of solid hits there, and very few outright bombs. Whatever we think of Grinch or Da Vinci Code or Backdraft (ugh, Backdraft), they made money. No one’s going to go broke backing Ron Howard. 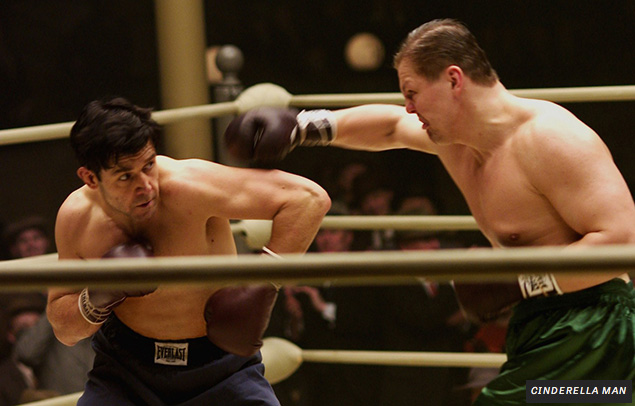 But what is he capable of? I want to get back to Cinderella Man, and why I think it’s his best film, but if you had your way, Scott Tobias, what kind of movies would you hire Howard to make? Slick little comedies like Night Shift? Or square-but-kinda-charming semi-epics like Far And Away?

Scott: I’m at a loss, because Howard remains such an enigma to me. I don’t know that he does any genre particularly well—or badly, for that matter—and while I might long for the comic generosity of early films like Night Shift, Splash, and Gung Ho, Howard’s most recent comedy, the smutty and tonally schizo The Dilemma, isn’t sure-handed in the least. Lately, with The Dilemma and Rush, Howard has been trying his hand at less squeaky-clean fare—there’s nudity in the latter, to say nothing of “adult situations”—but he doesn’t take to it naturally, and winds up overplaying the rough stuff as a result. But generally, he can be trusted to deliver in much the same way an old studio hand could be trusted in the days before we started thinking of directors as “auteurs” (and they started thinking likewise). Which leads me to two thoughts:

He’s a middlebrow director, in other words. Noel, as an occasional defender of middlebrow movies, is there an argument to be made about Howard’s virtues in this department? Should we disrespect an entertainer who can deliver competently in so many different genres?

Noel: Of course not. The work is what matters. I don’t know that Howard elevates his material much, but he does try to give it what it needs. My primary beef with Howard lately is that I think he tries overhard to add flash to his films where no flash is needed. Frost/Nixon is a case in point: way more stylish than it needs to be. Even Rush overdoes the “Hey look! It’s a movie!” curlicues in the early going, making even the non-racing sequences oppressively zippy. (I disagree with you on those racing sequences, though; I think the way Howard puts viewers in the driver’s seat through driving rain and hairpin curves is pretty wonderful.) And it bothers me a little that his films are frequently so impersonal, save for what you note about Rush—which could also apply to Apollo 13, another movie about the triumph of professionalism. The primary advantage to artists with a definite style and a set of recurring motifs is that even when their work is less than peak, there’s something there to chew over. But that’s hardly a requirement for the job of “movie director.”

At times, though, Howard seems more strongly committed to what he’s putting on the screen, and to my eyes, those films are more exciting and enjoyable. I think he cared deeply about Parenthood, and Apollo 13, and I think there’s a lot of Howard’s heart in Cinderella Man, which is a movie about perseverance, skill, and being a dad. As down-on-his-luck boxer Jim Braddock, Russell Crowe is an affable optimist, guiding his family through the Depression by using what he’s learned from his sport: that a person has to keep taking punches and changing tactics in order to make it to the final bell with a chance to win. This movie is one case where Howard’s stylistic overkill pays off, as he makes America in the 1930s look like an exaggerated wasteland in need of a heroic gladiator. (And who better than the guy from Gladiator?)

So no, it isn’t a problem, really, that Howard’s body of work is so stubbornly middle-of-the-road and indistinct. But can you imagine what we’d think of Howard if his directorial résumé consisted solely of Grand Theft Auto, Night Shift, Parenthood, The Paper, Apollo 13, Ransom, A Beautiful Mind, Cinderella Man, The Da Vinci Code, and Rush? For me, he still wouldn’t be one of the greats. (I don’t even like a couple of those movies that much.) But those 10 movies are the product of someone with the chops to put together scenes that are exciting or funny or both, and an interest in genius, obsession, community, and accomplishment. That’s a filmmaker more in line with the public Ron Howard, who seems so hard-working and thoughtful. That’s someone whose newest film might actually be an event.