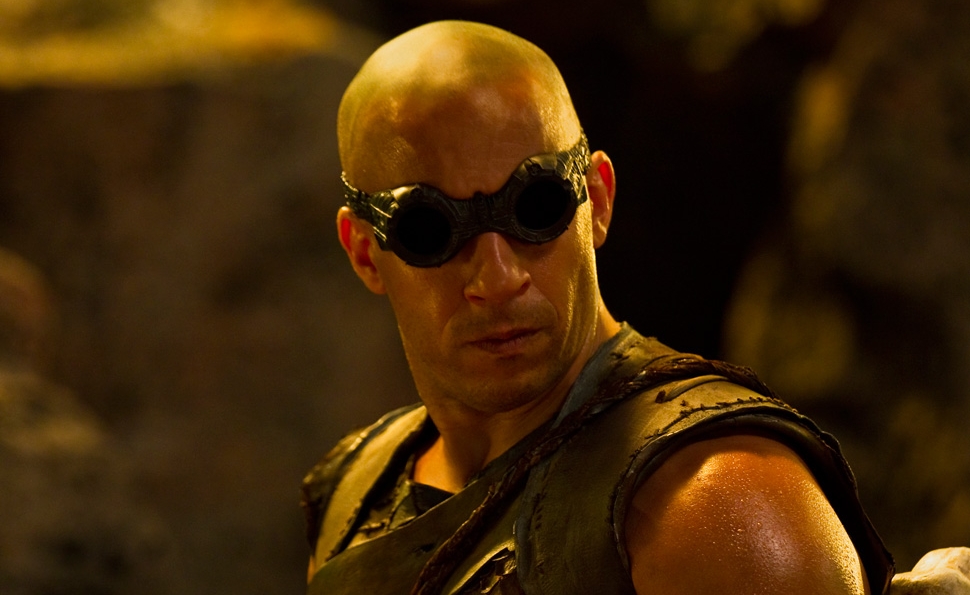 The merits and flaws of belated sequels

Tasha: This past weekend saw the release of Riddick, the third installment in a science-fiction series that’s had a bumpy journey to the screen. The atmospheric, stylish Pitch Black was shot as a stand-alone in 2000, but once it became a cult hit on DVD, Universal execs invited co-writer/director David Twohy to pitch a sequel. Instead, he laid out plans for a trilogy starting with 2004’s Chronicles Of Riddick, calling Pitch Black a prequel, the Hobbit to his planned Riddick Lord Of The Rings. But Chronicles Of Riddick was a critical and box-office disappointment, and it took nearly a decade to get the new Riddick to the screen. On top of that, it’s a step sideways rather than the next installment of the planned trilogy—which seems to have ballooned to four or five planned films at this point, assuming Twohy can get the funding. And that isn’t counting other sidebars, like the anime Riddick movie and a couple of videogames.

The Riddick series is far from the first film franchise to develop from a stand-alone film that was never meant for a sequel, or the first film series where the installments came an unusual number of years apart. Some of the more notable cases include Wall Street: Money Never Sleeps (23 years after Wall Street), Indiana Jones And The Kingdom Of The Crystal Skull (19 years after Indiana Jones And The Last Crusade), The Two Jakes (16 years after Chinatown), and The Godfather Part III (16 years after Part II). And decade-long breaks in a series are becoming more common, as franchise-hungry studios and hit-hungry creators look back to their past works for inspiration or just profit. Consider the 13 years between Return Of The Jedi and The Phantom Menace. Or the eight years between Nicolas Winding Refn’s Pusher and the two follow-ups.

You may be noticing a pattern in all this: For every Pusher trilogy or Toy Story trilogy (Toy Story 2 and 3 were 11 years apart), where the sequels have artistic merit, there seem to be several cases of half-hearted attempts to revive or profit off a moribund property, or attach a cinematic remora to the reputation of a beloved classic. But is there something to be said for the belated sequel? Do you guys have examples of long-extended franchises to put in that “artistic merit” column?

Keith: I don’t know if this is the exception that proves the rule, or one that suggests a pattern for others to follow, but consider the case of Color Of Money, a sequel 25 years in the making. Or, more accurately, a sequel that came 25 years after the original, 1961’s The Hustler, and could only have followed that much later. Paul Newman returns as “Fast Eddie” Felson, but begins the film as an older, wearier version of the man he used to be. It took that much time for Newman to age into the role of the older Felson. Even a few years earlier, it wouldn’t have worked, and he wouldn’t have had a co-star as fitting as Tom Cruise, a good-looking actor of easy charm who occupied a plane of stardom in 1986 that the success of The Hustler and other films allowed Newman to reach in the early 1960s. The timing was perfect, and the film was distinctive. Martin Scorsese balances moments of tremendous energy with reflective passages, an approach that complemented Robert Rossen’s original without in any way imitating it. It’s its own film while also serving as a sequel to a classic.

Others would do well to imitate that approach, if they could. Trouble is, I’m hard-pressed to think of other, similar examples, though we can always return to the Before Sunrise/Before Sunset/Before Midnight series, another example of films that need the years between them to work as well as they do. I’m tempted to lay down a rule that a sequel with so many years between it needs to make the aging of its characters a central theme, but then Crystal Skull blows that out of the water. 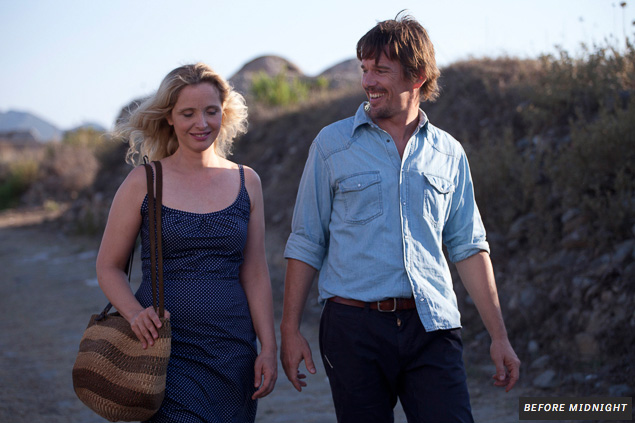 Nathan: The passage of time and the changes of age lend a melancholy quality to the Before trilogy and Toy Story movies that wouldn’t be present if we hadn’t grown older with these characters. With that in mind, I’ll cite the ultimate series about aging, Michael Apted’s documentary series Up (7 Up, 28 Up, 56 Up, etc.), which is following a group of subjects through their entire lifespans. Or Edgar Wright and Simon Pegg’s Cornetto Trilogy, which isn’t a film series in the sense that three films feature different characters, but holds together as a conceptually linked trilogy in no small part because the late-in-the-game final film, The World’s End, explicitly makes a central theme out of the tragicomedy of aging and the way it affects friendships. The films wouldn’t work as well if Pegg, Nick Frost, and the rest of the cast didn’t age over the course of filming from the fresh-faced, irrepressible young men of Shaun Of The Dead to the haunted middle-aged men of The World’s End. Makeup and acting can do a lot, and I suspect that on the average day, Pegg looks 300 times better than his sad thrill-seeker in The World’s End, but the genuine passage of time lends these later films an organically melancholy, bittersweet quality that can’t be faked.

The James Bond and Dirty Harry series are interesting examples of how franchises deal with aging. I’m hesitant to over-rate the later installments of the Dirty Harry franchise, though they’re all at least pretty fun (and the first one is a legitimate classic), but the last entry in the series, The Dead Pool, confronts aging in the same forthright manner as most of Eastwood’s other later films, and part of me thinks it’d be fascinating to see Eastwood resurrect the franchise one last time.

The Bond series, meanwhile, retires its Bonds after they reach a certain age, though Sean Connery returned after many years away for the intriguing, off-brand one-off Never Say Never Again (produced outside the series’ official canon), another film that foregrounds aging. It isn’t great, but acknowledging that its Bond is older and slower now gives the film an interesting twist. In the right hands, these late-in-the-game additions can add new wrinkles to old franchises by exploring how time and age render the superhuman achingly human. In the wrong hands (Indiana Jones And The Kingdom Of The Crystal Skull, cough, cough), it can just seem like filmmakers sadistically making old men run, jump, and pretend to shoot people for the sake of a tardy paycheck.

Acknowledging the passage of time and making aging a central theme is one of the keys to making a tardy sequel feel like something other than a cheap cash-in. That’s part of the reason I’m not at all excited about Riddick. That kind of character, and the universe he inhabits, don’t exactly lend themselves to an autumnal exploration of aging. In this day and age, however, it seems like nothing is ever truly gone if fans want it enough. Sylvester Stallone risked a lot of ridicule when he resurrected his Rocky and Rambo characters after lengthy absences from the screen, but both films were box-office hits, and Rocky Balboa even did well critically, in part because it focused on aging instead of pretending its protagonist was the same killing machine he always was.

I have beaten the theme of aging into the ground. There has to be more than that to an effective, or at least non-pointless, late sequel. Are there effective late sequels that don’t foreground aging? And when will one of you be bold enough to address the elephant in the room and talk about the six years between Deuce Bigalow: Male Gigolo and Deuce Bigalow: European Gigolo and the havoc it played with the series’ delicate alchemy?

Tasha: Riddick certainly doesn’t foreground aging, or even acknowledge it. If anything, it tries to make its antihero protagonist even tougher and meaner than he was 13 years ago. But narratively and stylistically, it all but ignores its immediate predecessor and leaps back in time to ape the elements of Pitch Black that won hearts and minds in the first place. It’s a strange, interesting case of a series making a misstep, then trying to correct the course and get back to basics. I have complicated feelings about Riddick, which is entertaining and ambitious, but also derivative of Pitch Black to the point of almost cannibalizing it. On the one hand, it comes across as somewhat conceptually bankrupt to turn a sequel into a semi-remake, as Riddick eventually does when its protagonist ends up fighting an infinite number of slithery monsters in the dark. On the other hand, it’s been 13 years since Pitch Black, so the long delay actually works in Riddick’s favor by making the concept feel fresh again; a remake with that sort of gap between movies wouldn’t be out of the question. It’s certainly more downtime than Spider-Man got. I’d say Riddick is an effective late sequel, but more because it gets in touch with the series’ roots again than because it moves on. Do any other cases like that come to mind for either of you?

Keith: I’ve yet to see Riddick, but it sounds roughly analogous to what Alien 3 attempted. As if sensing that trying to one-up Aliens’ hordes of acid-blooded enemies was futile, it went back to one beastie skulking around darkened corridors. We can talk all day about why Alien 3 doesn’t work—or argue that it does, as some insist—but I think that’s an instance where a back-to-basics approach was a bad idea. After watching Ripley tear through alien after alien, going back to a single antagonist felt like a step backward, even if trying to up the number might have felt ridiculous. It was effectively a can’t-win scenario in which everyone lost. (Alien 3 fans, the comment section awaits you.)

That said, Alien 3—which largely concerns life on an all-male prison planet under the sway of an unforgiving religion, and forever prone to eruptions of violence—was perfectly in tune with a strand of early-1990s nihilism. It was released the same year as Basic Instinct, Single White Female, Final Analysis, and a whole wave of films that made simply interacting with other humans seem fraught with danger. The alien just heightened the danger. Sometimes belated sequels feel neither here nor there, and they suffer for it. Take Crystal Skull, which we’ve already kicked around a bit. Its problems aren’t limited to, but certainly include, the introduction of CGI-era effects into a world previously filled out with older techniques. Or take The Godfather: Part III: Despite the familiar cast and characters, it doesn’t look much like the other Godfather films. And it plays much more like an early-1990s thriller than a successor to Francis Ford Coppola’s first two films. Coppola and Mario Puzo give it a twisty plot to rival its predecessors’, but it lacks thematic heft, and it feels more like a product of the Hollywood of its time than the director-driven Hollywood Coppola helped create.

My conclusion: It’s never easy to make a good film, harder to make a good sequel, and harder still to make one years out from the originals. Am I right?

Nathan: Definitely, but I would like to end on a positive note by highlighting all the tardy sequels and late-in-the-game follow-ups that do succeed, like the Before Sunrise movies and the Toy Story joints. As you state, Keith, it’s hard as hell to make a good sequel years after the fact, but one of the things that keeps the beast of hope alive in my soul is that it has been done, and done brilliantly. At their best, these films don’t just prove worthy follow-ups, they also greatly enhance the films that preceded them.