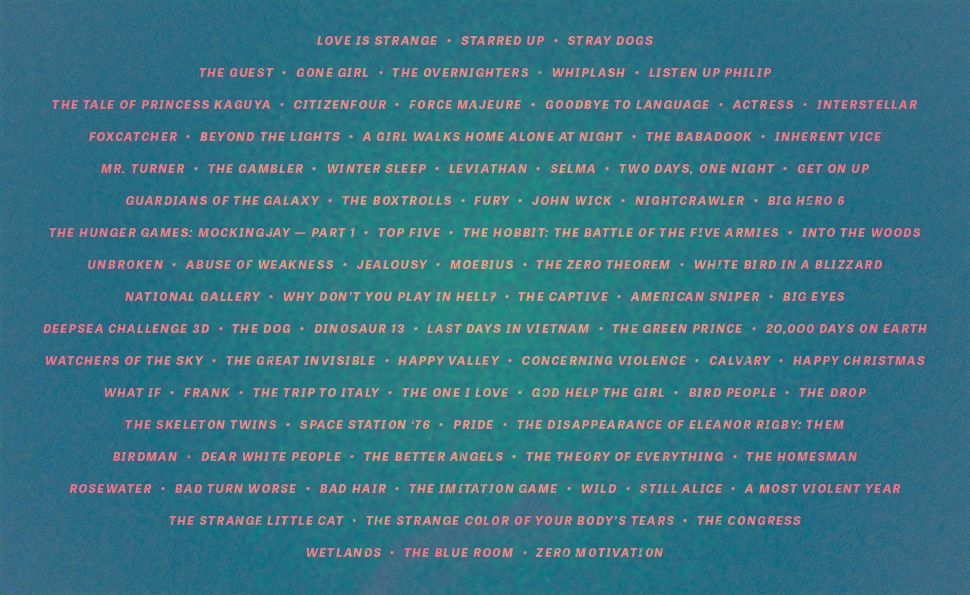 Twice per year—once around the halfway point, and again during polling season—Dissolve editor Scott Tobias circulates a checklist of films for staff writers and select contributors to see for best-of-the-year consideration. Back in late July, the halftime checklist was offered to readers in two parts: January-March and April-July. Now we’ve reached the third and final part of The Big Checklist, covering August through December, the period when Hollywood traditionally trots out its most resplendent white elephants for awards season. Those titles are all here, along with a host of other contenders, broken down into six categories: Essentials (i.e. the absolute must-sees), Hollywood: The System Works! (for those occasions when studios accidentally produce something interesting), Auteur Obligations (work by major filmmakers—much of it very good, some of it below par), Notable Documentaries, Indie Curiosities, and Imported Goods. A few notes:

Thanks to our brave new digital world, most of the films below are available to see in some way, shape, or form, so you’re encouraged to play catch-up along with our critics. (And if you want to jump directly to one of our categories, use the index below.)