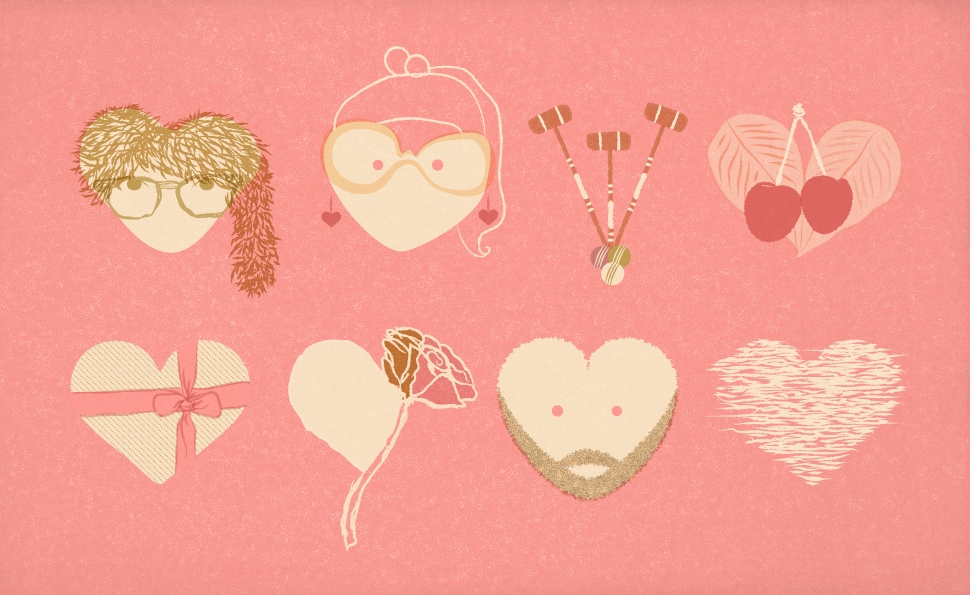 Instant film recommendations for every stage of love

Streaming services are so overstuffed with options these days that it can be hard to sort through all the dreck and find a gem. Our occasional Specific Streaming feature attempts to pair currently streaming movies with current contexts like holidays or seasonal needs.

As The Dissolve said a few days ago, any movie can be a perfect Valentine’s Day movie, with the right attitude and the right viewers. But picking just one film to watch out of the entirety of cinema history is still a daunting task, so we’re happy to offer some possible starting points with this list of films about love, all of which are currently available through various streaming services. As it happens, a disproportional percentage of the movies made about relationships, dating, sex, and romance are about the narrow window between high school and a few years post college: the pretty years, the dramatic years, the at-this-point-pretty-cliché years. So as counterprogramming, we looked for streaming recommendations that covered the entire gamut of the human experience, from childhood to the afterlife. 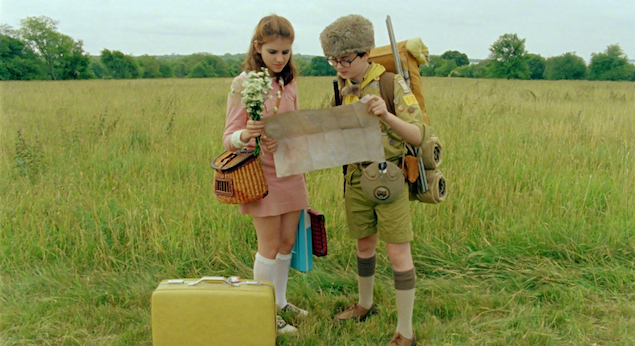 Wes Anderson’s charming 2012 romance Moonrise Kingdom chronicles the star-crossed and utterly adorable romance of runty orphan Sam Shakusky (Jared Gilman), a moon-faced Max Fischer type with a head full of dreams and schemes, and melancholy female camper and inveterate bibliophile Suzy Bishop (Kara Hayward), as they run away to be together in New England in the mid-1960s. The film captures the heightened emotions and terrifying exhilaration of that first confusing rush of young love, when romance seems like both the greatest adventure in the world and the most precious secret in the universe. The protagonists of Moonrise Kingdom are the subjects of a desperate manhunt involving parents, the police, and social services, but it doesn’t take a frenzy of outside activity or concern for tweens in love to feel like the world revolves around them, or that their fawn-like love is all that really matters.

There’s a period just past puberty where the hormones start kicking in, but most people don’t have any idea what to do with them yet. Nearly everybody goes through a period where their bodies, impulses, and yearnings all seem hopelessly awkward, and about the only way to appreciate those years is to look back on them, acknowledge they were terrible, and laugh. Todd Solondz’s caustic 1995 comedy Welcome To The Dollhouse does exactly that, more honestly and uncompromisingly than any other film in its subgenre. Put-upon seventh-grader Dawn Wiener (Heather Matarazzo) is struggling with a crush on an older boy, while another boy closer to her age masks his uncertain feelings for her with abuse. It isn’t a laugh-out-loud, feel-good kind of comedy, but its enjoyably acidic humor gets at the confusion and frustration of those early physical stirrings, and the way the ideas of sex, partnership, and romance can all blur together for people who haven’t yet experienced any of these things. It isn’t cuddly, but it’s cathartic.

Streaming availability: Available for free (with ads) via Crackle; digital rental via Amazon and iTunes. 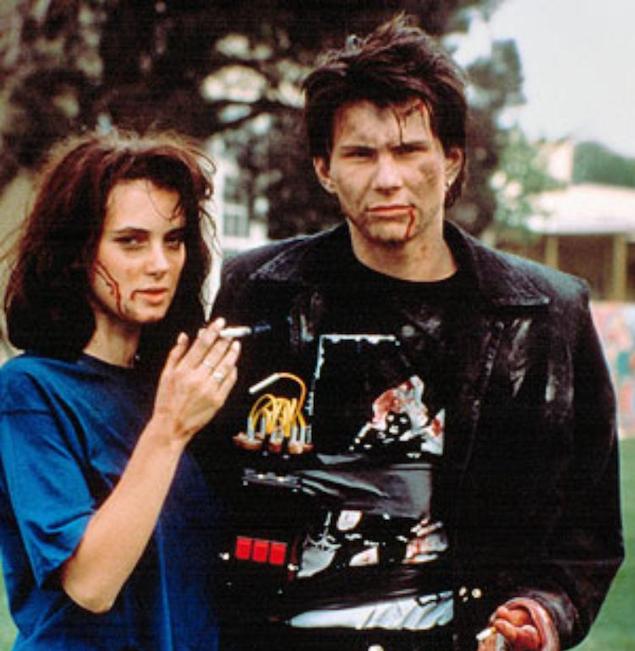 Love makes people dumb, but no love is more dumbness-inducing than that of a high-school romance, what with its furious clash of hormones, budding idealism, and the capricious nature of the high-school social hierarchy. Michael Lehmann’s 1989 directorial debut, Heathers takes that potentially toxic combination to its darkest hypothetical extreme, using the infatuation between ersatz popular girl Veronica (Winona Ryder) and budding psychopath J.D. (Christian Slater at his most Nicholsonian) as a launching pad for a killing spree turned teenage-suicide (don’t do it) trend that upends the social order of Westerburg High School. J.D. is a caricature of the bad-boy archetype that high-school girls have been swooning over for decades: floppy-haired and leather-jacketed, and boasting his own motorcycle and lofty ideals that stoke Veronica’s burgeoning nihilism. As teenage boys so often do, J.D. takes it way too far, but not before giving Veronica a taste of Bonnie-and-Clyde excitement, which eventually gives way to third-act-of-a-horror-movie terror. As far as regrettable high-school romances go, it’s hard to top Veronica’s, but at least she can pretty safely say it can’t get worse. 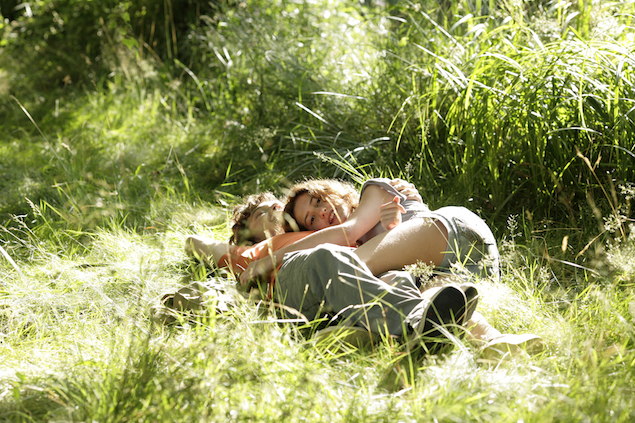 As lovers move out of their late teens and into their early 20s, and experience a few long, romantic weekends—with vigorous sexual activity interrupted by the occasional meal and conversation—they start to imagine themselves as full-fledged grown-ups, sharing in the secrets of adulthood. Mia Hansen-Løve’s bittersweet 2011 melodrama Goodbye First Love looks back at those days with a rare clarity, showing how the young are more immature than they think, prone to a suffocating clinginess that makes their time together feel as much like a painful obligation as a blissful rendezvous. As Lola Créton’s Camille comes to realize that her long-distance boyfriend Sullivan (Sebastian Urzendowsky) has moved on from their intense, passionate teenage affair, she first falls into despair, and then pulls her life together and discovers new priorities, including her potential career in architecture. When Sullivan reenters Lola’s life nearly a decade later, Hansen-Løve shows how the nature of romance changes with time—for better and worse—from an all-consuming heat to a more muted part of a varied, legitimately mature life. 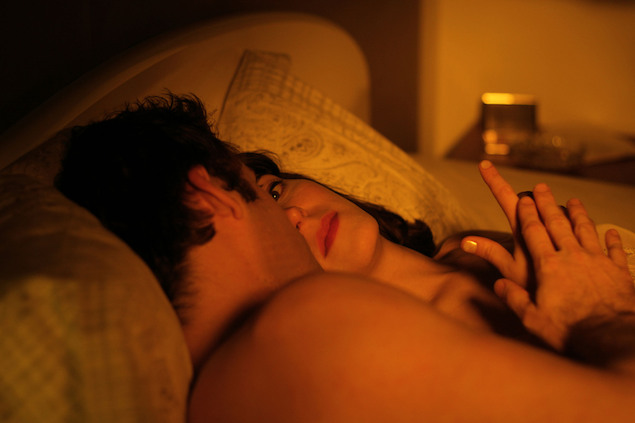 The original French title of Quebecois writer/director/star Xavier Dolan’s beautiful second feature, 2010’s Heartbeats, is Les Amours Imaginaires, which more aptly describes the impossible loves that two of its three characters imagine for themselves. Dolan and Monia Chokri star as best friends who both lust after the same guy: a dreamy, curly-locked Adonis (Niels Schneider) who’s far too consumed with himself to take notice of or interest in either one of them. Inspired in no small part by the films of Wong Kar-wai, another director who specializes in romantic obsession and missed connections, Dolan’s lushly stylized film attests to the fact that love is a creative act—and sometimes, that creation only happens on one end of the relationship. There’s a sad, desperate comedy to watching this friendship crumble over passions unreciprocated.

Settling in, or not settling in 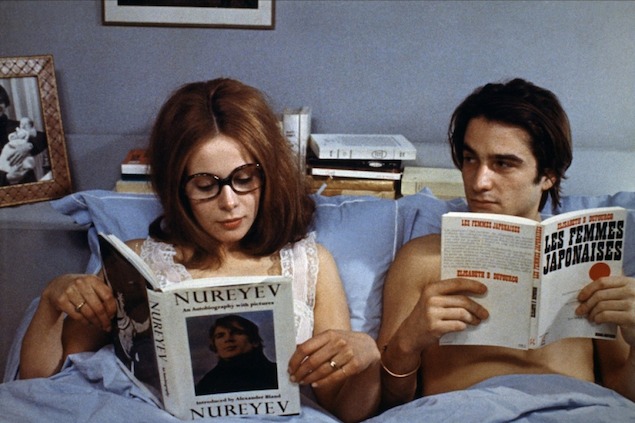 The character of Antoine Doinel makes his first appearance in director Francois Truffaut’s semi-autobiographical 1959 debut The 400 Blows, but his story doesn't end there. Over the course of four features films and one short, Truffaut used Doinel (played in each film by Jean-Pierre Léaud) to explore the concerns of a restless, oft-hapless, sometimes careless young man at different stages in his life. 1970’s Bed And Board, the fourth film in the series, finds him making a home with Christine (Claude Jade), the charming young violinist he wooed and lost but somehow ended up with at the end of Stolen Kisses. But the home won’t stay made. Christine, who turns the heads of all who see her, loves and supports him in spite of his inability to find a career. All seems perfect, with a child only adding to their happiness. Yet Antoine grows restless and looks elsewhere, then when his affair comes to light, he wants only to go home. He wants domestic bliss and his freedom. But mostly he doesn’t know what he wants and keeps fumbling any chance for happiness inside or out of the cluttered apartment he and Christine share. Where other directors might have spun a film of screams and shattered cookery from this material, Truffaut plays it as comedy, but the melancholy sense that Antoine is blowing the best thing to ever happen to him frequently overwhelms the laughs. You can’t always get what you need, the film suggests, because you get what you want.

Streaming availability: Free via Hulu Plus.

Douglas Sirk’s classic 1955 melodrama All That Heaven Allows, about a love affair strained by class differences, has been remade into two other great movies: Most recently, as Todd Haynes’ Far From Heaven, a slavish Sirk homage that changed class to race, and in Rainer Werner Fassbinder’s 1974 drama Ali: Fear Eats The Soul, which also deals in racial differences, but makes age another chasm altogether. When a good-looking Moroccan laborer (El Hedi ben Salem) in his 40s takes to the dance floor with a dowdy white German housekeeper (Brigitte Mira) 20 years his senior, the two draw hostile looks from the mostly Arab clientele at a bar. Their relationship begins in an act of defiance that never really stops—the hostility of the bar patrons extends to the housekeeper’s grown children—and they wind up getting married, even though their bond is as much about shared alienation and loneliness as it is about abiding affection. They both transcend the animus that greets them and are swamped by it.

Streaming availability: Free via Hulu Plus. 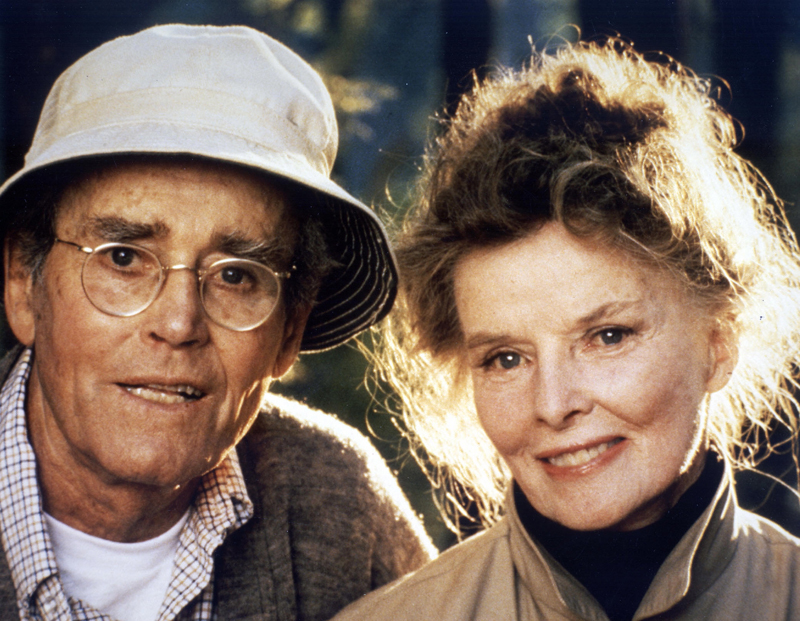 When Mark Rydell’s big-screen adaptation of Ernest Thompson’s popular stage play On Golden Pond came out in 1981, its big hook was the first screen pairing of Hollywood legends Katharine Hepburn and Henry Fonda (who both won Oscars for their work), and how the scenes between Fonda and his daughter Jane mirrored their oft-contentious real-life relationship. But the two leads’ performances as an elderly husband and wife summering at a lakeside cottage represented more than just stunt-casting. Hepburn and Fonda get the particular combination of cantankerousness and comfortable companionship that marks a long marriage. As close as an older couple may be to their friends, and to their children, as time grinds on there’s just the two of them, and if they can’t enjoy their time alone together—as these two characters clearly do—then all those other connections are jeopardized. 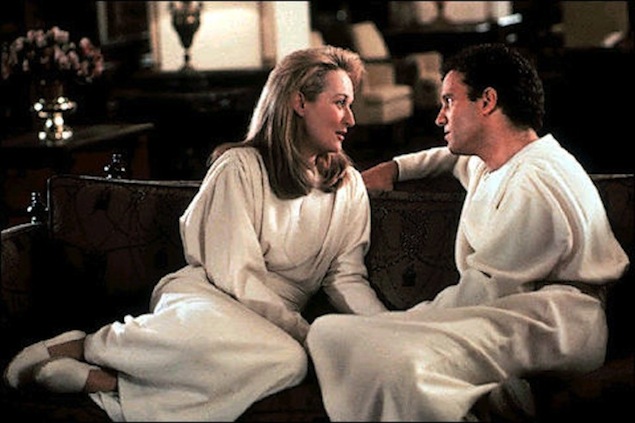 The cliché is that love is eternal, love never dies, and so forth, but relatively few movies actually address love after death. They’re out there, across the sentimentality spectrum ranging from Ghost to Wristcutters: A Love Story to Beetlejuice, but they haven’t exactly risen to the level of favored subgenre. One of the sweetest of the breed, though, is Albert Brooks’ funny, melancholy fantasy Defending Your Life, about a romance that flowers while a couple is awaiting heavenly judgment. Brooks plays Daniel, a schlumpy, ineffectual sad-sack who’s surprised to learn that the afterlife is a courtroom where attorneys examine the lives of the deceased, and plot their next incarnations. Although Daniel’s trial reveals he was a hopeless coward, he starts falling for fellow defendant Julia (Meryl Streep), whose life was a long string of courageous, selfless acts. Brooks’ movie is an oddball comedy, full of strange details—in the afterlife, everyone can eat nonstop and never get fat, but the quality of accommodations depends on a guest’s earthly deeds—but ultimately, it’s a passionate love story that hangs onto the idea that it’s never too late to be brave enough to commit to a partner and fight for a relationship.

Looking for a love story that doesn’t fit any of these segments of life? Let us know in comments, and the staff (and presumably commenters) will see if we can recommend a movie for you.