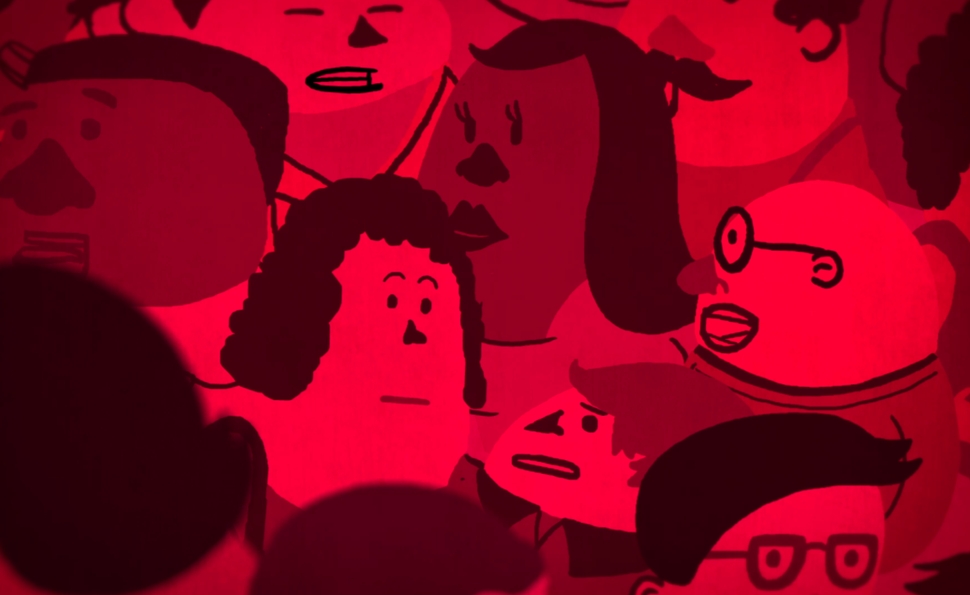 Two short films explore the sounds and sights of the city

Animator and graphic designer Louis Morton combines his two disciplines in his short “Passer Passer,” screening at 2014’s Sundance Film Festival. Made at The University Of Southern California, and based around the sounds of the city—shaped into a kind of rhythmic song by Katie Gately—“Passer Passer” is a work of semi-abstraction, turning the recognizable shapes of modern urban life into dancing, moving blobs of color, all a-bustle. Morton visualizes the noises of both vehicular traffic and human traffic, compiling the beeps, clanks, rattle, and mumble into an expression of joyous energy. In an interview with Cartoon Brew (which featured “Passer Passer” as part of its Student Animation Festival last year), Morton said, “Oftentimes I’m about to fall asleep and a car alarm goes off, and I imagine a little guy spazzing out to the rhythm of the alarm, and it makes it less annoying. I wanted to take all these city sounds like the alarm, give them personalities and organize them into a system.” This is what good designers do: take a disordered world and give it structure and meaning. With “Passer Passer,” Morton and Gately make everyday dissonance into a happy little tune.

Charles Sheeler and Paul Strand were part of a wave of artists who emerged in New York City in the early 20th century, committed to trying out different media and different modes, often while demonstrating a commitment to political activism. Sheeler and Strand’s 1921 film “Manhatta” borrows lines from Walt Whitman for its title cards, beginning with Whitman’s description of New York as a “city of the world (for all races are here).” But New York’s multicultural citizenry plays only a minor role in “Manhatta.” As a photographer and painter, Sheeler favored the geometric compositions found in the modern industrialized world—as did Strand, early in his career as a high-art photographer—and with “Manhatta,” they took as their subject New York itself, with its skyscrapers, enormous ships, and towering bridges. The film is all about the scale of the city, emphasizing the gargantuan. When actual human beings do appear in “Manhatta,” they’re usually diminutive, either because Sheeler and Strand force the perspective so the people are dwarfed by the foregrounded structures, or because the structures themselves are so huge. “Manhatta” is one of the first and among the most famous of the “city symphony” experimental-film subgenre, and nearly 100 years after it was made, its portrait of New York is still stirring.