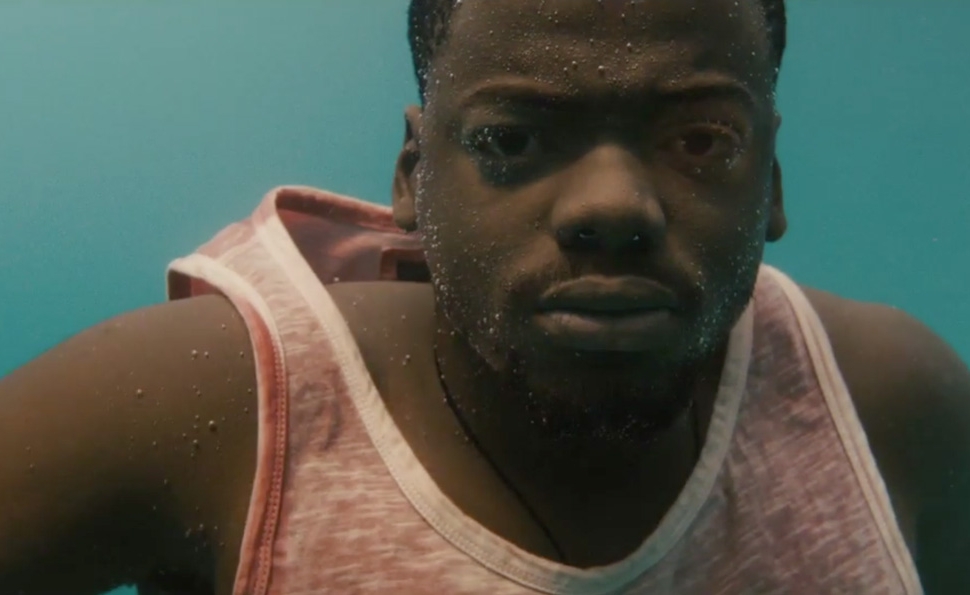 Two striking shorts bode ill for the disenfranchised in Africa

Kibwe Tavares’ excellent 2011 animated short “Robots Of Brixton” incorporated photographs of a 1981 clash between unemployed Afro-Caribbean protestors and the police in South London into a futuristic vision of rioting androids. Tavares’ follow-up, “Jonah” (written by Jack Thorne) also filters a real-world social issue through the lens of fantasy, imagining what would happen if a couple of petty Zanzibar thieves accidentally took a picture of an enormous fish in the local waters. Almost overnight, their impoverished city becomes a tourist mecca—a process Tavares illustrates by giving the streets and sea an animated makeover, showing first the proliferation of billboards and neon, then the pollution that overtakes the beach. “Jonah” then arrives at a coda, decades into the future, where one of the now-aged photographers heads into the dirty water to stare down the beast that changed his life and his community.

In an interview with Derica Shields on the OkayAfrica blog, Tavares explained his approach to filmmaking:

In film, what I’m trying to do is talk about those things that are close to me, but in a much broader sense, in a way that isn’t too heavy, that’s accessible. I think there are lots of people doing good things in film, but it’s very niche, so people don’t see it. Things are often labeled: “That’s a black film, or that’s a film about immigration.” I’m trying to tow that line [sic]—taking it bigger than niche, but deeper than a commercial sellout. I think it’s possible.

The film and “Robots Of Brixton” both show Tavares is onto something—that the bitter pill of a social message is more palatable when sweetened with cinematic brio.

Drought and economic ruin are the shadowy villains of Ibrahim Shaddad’s short “Insan,” which tells a fragmented, dialogue-free story about a Sudanese cattle rancher who loses most of his herd and seeks help in Khartoum, where his circumstances get even worse. The title of the film in English is “Human Being,” which is where Shaddad focuses in every single minute of “Insan.” The style of the film is impressionistic both at the start and at the end, as Shaddad quickly cuts together snippets from the hero’s more comfortable past and his bleak present, with glimmers of the future. But the middle passages are more straightforward, with Shaddad first documenting the rancher’s arrival in Khartoum—where he splashes joyfully in the Nile, and then gets into trouble when he tries to retrieve one of his cows that’s been seized by the authorities—and then jumping back to show his arduous journey across the desert, where even the few bodies of water have been polluted by the oil industry. “Insan” isn’t relentlessly dire. Shaddad has some fun showing how a dusty traveler adjusts to a noisy city filled with ice-cream stands and George Michael posters. But the recurring image of a twitching, severed hand haunts the film, indicating the story’s stark inevitability. The system, at least as configured in mid-1980s Sudan, is geared toward diminishing returns.