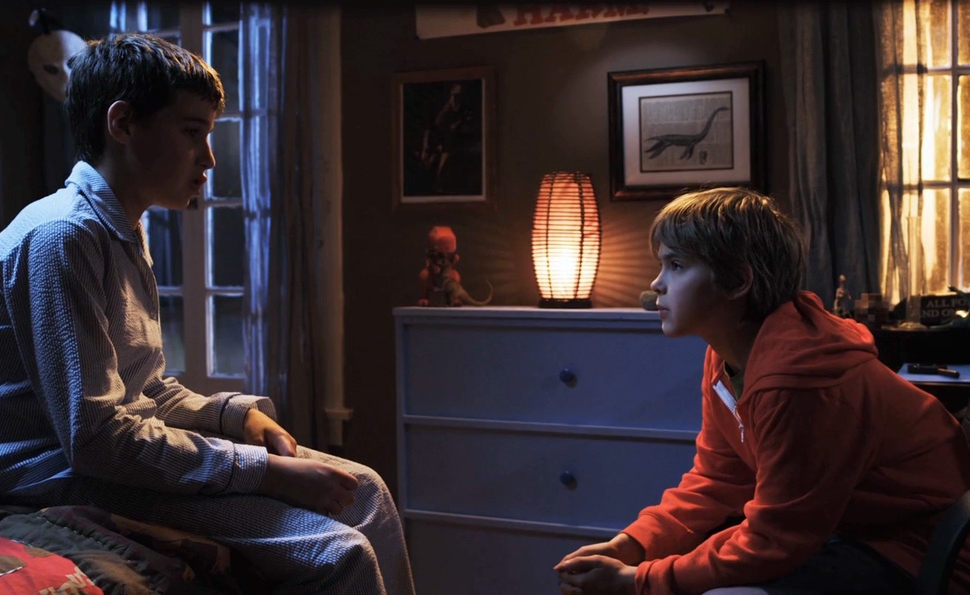 Slashers and ghosts inspire a pair of short shockers

For a genre that’s as much about suggestion as shock, less is usually more. Director Chris Cullari and his co-writer Jennifer Raite premièred “The Sleepover” almost exactly a year ago at Fantastic Fest, where it was the runner-up for the Best Horror Short award; it remains a great example of how the short film medium is well-suited to horror. On the Vimeo page for “The Sleepover,” the film is described as a “proof-of-concept” for a feature, and if that longer version ever comes to pass, maybe Cullari and Raite will be able to treat what they’ve already created as a teaser for something more expansive. But what they already have is plenty clever and creepy, with a good punchline that might not have worked as well at the end of something longer. “The Sleepover” is a meta-horror movie in the tradition of Scream (among many others), about a placid suburb that’s become so accustomed to regular attacks by a masked, unkillable slasher that it’s come up with a safety-first program: “Arm! Harm! Run!” The short introduces the premise via a new kid in town, who doesn’t understand why his neighbor isn’t up for any boyish mischief when he spends the night. The newcomer’s skepticism, combined with a moment of inattentiveness, leads to… well, slashing, naturally. In just five minutes, “The Sleepover” explains its world, sets up a good scare, and throws in a funny twist, all without leaving the immediate vicinity of a single house. Yet what lies beyond the yard is still there—amusingly implied.

If the makers of “The Sleepover” are looking for a sign that a super-short horror film can become a viable feature film, they can turn to Takashi Shimizu’s “Katasumi” (a.k.a. “In A Corner”), which along with its companion short, “4444444444,” first appeared in the 1998 horror anthology Gakkô No Kaidan G before finding new form as Ju-on: The Curse. The whole phenomenally successful Ju-on series—encompassing a sequel to The Curse, two installments of Ju-on: The Grudge, and Ju-on: White Ghost/Black Ghost, plus an American Grudge remake and its two sequels—follows the actions of vengeful ghosts who spread their misery to the living. None of that is really explained in “Katasumi,” which is about two teenage girls who spend part of their break tending to their school’s rabbits, then get set upon by the undead. The international popularity of J-horror in the early 2000s has made “Katasumi”’s central image of a stringy-haired, white-faced, mewling demon-thing into a fright-film cliché, but it’s still pretty potent here, thanks in large part to Shimizu’s off-kilter framing and use of silence and dissonance in the sound mix. (Shimizu’s mentor, Kiyoshi Kurosawa, has a similar knack for freaking out audiences through sound alone.) The better Ju-on films have shown that the main premise of “Katasumi” was readily expandable, though there’s something pure about this three minutes of distilled hellishness.