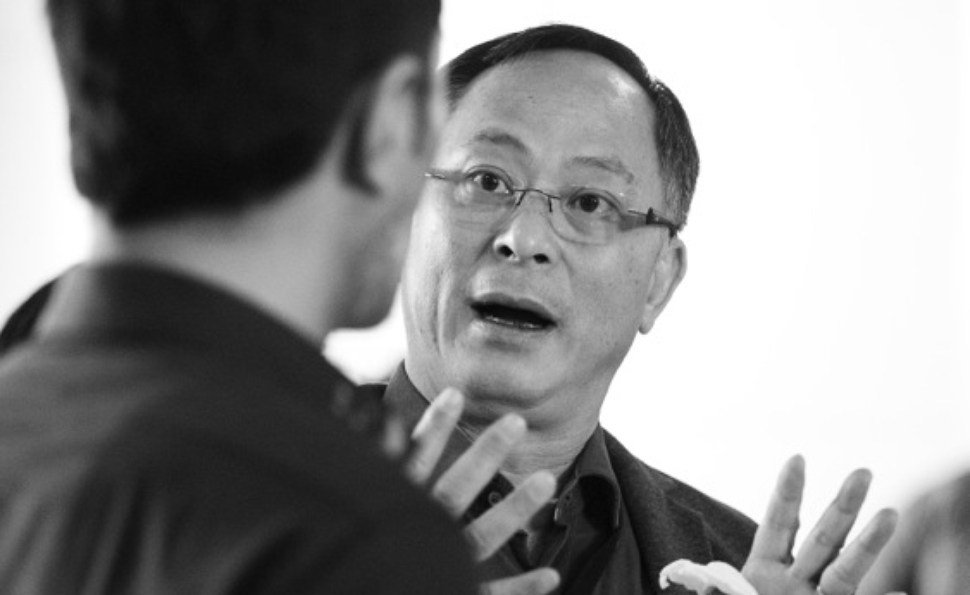 Johnnie To: A Hong Kong action master adapts to a changing China

In Johnnie To’s new crime thriller, Drug War, police captain Zhang Lei (played by Honglei Sun) busts up drug cartels with the help of an inside man: incarcerated ganglord Timmy Choi (Louis Koo), who’s due to be executed as soon as he stops being useful. Zhang is cool, confident, and authoritarian to a fault, while Choi is smart but scared—and in some ways, easier for the audience to relate to. Drug War is hardly pro-narcotics, yet To seems more sympathetic to his dealer character than his cop. When asked about this, To told The Dissolve (through a translator) that if he appeared to favor the crook, it’s only because of where that character is from. “I actually like the cop more,” To said. “But he speaks Mandarin.”

Over the years, To has remained steadfastly a Hong Kong director, while peers like John Woo and Tsui Hark have answered the call of Hollywood. Woo, Hark, and some of the other biggest names in the Hong Kong film industry slipped over to the West ahead of the 1997 handover of the province from the British to the People’s Republic Of China, but To has been The Man Who Stayed, and the one who helped keep the spirit of Hong Kong action filmmaking alive at a time when the golden age seemed to be over. A journeyman in Hong Kong TV and film since the 1970s, To was previously best known internationally in the early 1990s for the 1993 martial-arts comedy The Heroic Trio, though he’d also been responsible for several regional box-office smashes. Then, in 1996, To and his writer, producer, and occasional co-director Wai Ka-Fai co-founded Milkyway Image, and dedicated themselves to keeping the embers of Hong Kong cinema stoked.

After a few lean years, To had another big global success with 1999’s The Mission, a crafty drama about how different generations of gangsters deal with the outdated codes and traditions of the Triads. To and Wai have had hits in Hong Kong in a number of genres—romantic comedies in particular—but the gangster pictures have remained To’s most popular worldwide. As someone who claims to have grown up around criminals in the Hong Kong projects, To has shown a knack for injecting verisimilitude into familiar stories of aging mob bosses, young upstarts, and the army of police working to slow them all down. To’s crime stories don’t romanticize pushers and murderers, but they don’t demonize the Triads, either. They’re more matter-of-fact about the way business is done, and why.

These crime movies have let To comment most directly and unabashedly about how Hong Kong has changed since China regained control. In his two best-known films, 2005’s Election and 2006’s Election 2—reportedly soon to be joined by Election 3—To continues the “state of the Triads” address of The Mission, showing how a complex organization is adapting to working under a communist regime. Similarly, in 2006’s Exiled, To stages a clever neo-Western in the backwaters of Macao, on the eve of its changeover from Portuguese to Chinese rule. And in 2011’s Life Without Principle—submitted by Hong Kong last year as its official Academy Awards entry—he explores how the global financial meltdown has put crooks, bankers, and pensioned widows on the same unsteady footing. 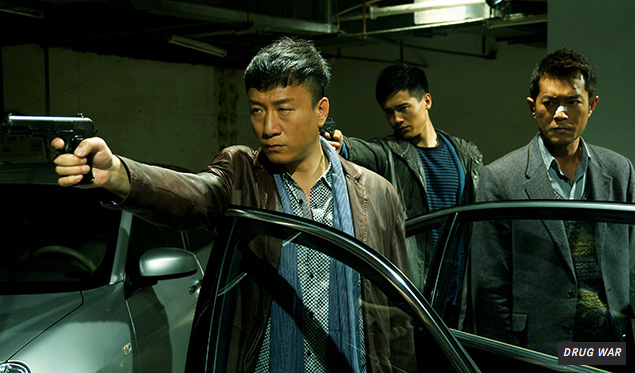 Drug War is the second straight feature To has shot in mainland China, and he’s said he recognizes that he needs China’s resources and audiences to keep Milkyway viable, even if that requires creative compromises. Talking to The Dissolve about the advantages of shooting on the mainland, To said, “It’s very big, and because of that, the scale of the movie could be much larger. The original plan for this movie was that it would go across four provinces, but because of budget constraints, at the end, we could just cover two. But this experience has told us that in the future, it’s definitely viable to make a bigger-budget movie. Just like the Hollywood movies that shoot across different states, we were able to move across different territories very smoothly.”

And the disadvantages? “The people,” To said. “In general, the thinking is very different from Hong Kong.”

Specifically, To found that his usual methods of working had to be adjusted. His approach differs from film to film, but generally, he has often said that the ideas for his movies begin with Wai, who’ll write a rough outline that To will then improvise around on-set. To doesn’t storyboard, but instead decides what he’s going to shoot when he sees what he has to work with on the location, nearly always setting up the camera angles himself rather than leaving it to the cinematographer. That’s how To controls the famously precise look of his films. A To movie might be funny, or violent, or arty, but it’ll always be impeccably composed.

For Drug War, though, To said, “It was actually quite difficult to control what style the film was going to have, because most of the time, the crew spent discussing whether the scene would pass the censor in mainland China. There are scenes that we had to shoot two times, so we could look back and see which version will pass the censors. In that situation, it’s very hard to navigate, and get one unifying style.”

One big way To was able to tie the film together was through the soundtrack, a synth-heavy Xavier Jamaux score that recalls stylish 1980s action films. (“I suggested the film Midnight Express to him,” To explained, “That the music should have that feel.”) That’s long been a hallmark of To, who’s claimed his biggest influences to be Akira Kurosawa and Sam Peckinpah, with a touch of Stanley Kubrick. He chalks that up to living in Hong Kong, where the East and West have long commingled.

Over the past decade, a lot of the directors who tried their hand in the U.S. have returned to China and Hong Kong, which has helped revitalize an industry where the distinctions between “a Hong Kong film” and “a Chinese film” are blurring more each year. Having played a major part in that revival, To told the press at this past year’s Cannes film festival that he’s now planning to retire in seven years, when he turns 65. For now, though, he remains prolific, helming one or two movies a year, some of which never make their way to the States, even though they’re blockbusters at home.

When The Dissolve asked whether there are any films of his that he wishes had broken through over here, he waved the question off, saying that between the DVD market and the festival circuit, all his films that matter have been seen by the people who want to see them. That tends to be To’s way in interviews over the years. He’s terse when it comes to self-analysis. (When asked if he felt he had a unifying theme to his work, he kept his answer brief: “That life is absurd.”) Confronted with big-picture questions, he becomes like one of those old Hollywood studio directors, talking about box office instead of art, and saying he knows that whenever his films get too personal, they fail.

Still, he strives to make sure they’re at least a little personal, on a micro level if nothing else. One of the most insightful things To has ever said about his own work was in an interview with Daniel Eagan, regarding his meticulously staged action setpieces.

“Setting and character are the two basics of action,” To told Eagan. “First of all, everything you see here—the curtains, the chairs, the tables, the candles, the stools at the bar—everything can move. Even the curtains can move, can become part of how the scene is constructed. But the more important element is the character. Who is he? What is he like? What will he do in this location?”

That may be why To has resisted the pull of Hollywood filmmaking: because he needs that one-to-one understanding of who his characters are and why they do what they do. What remains to be seen, in the years To has left, is whether he can maintain his empathy for the players in his elaborate cat-and-mouse games as he shifts toward making films in a place where the mindset is as different as the dialect.