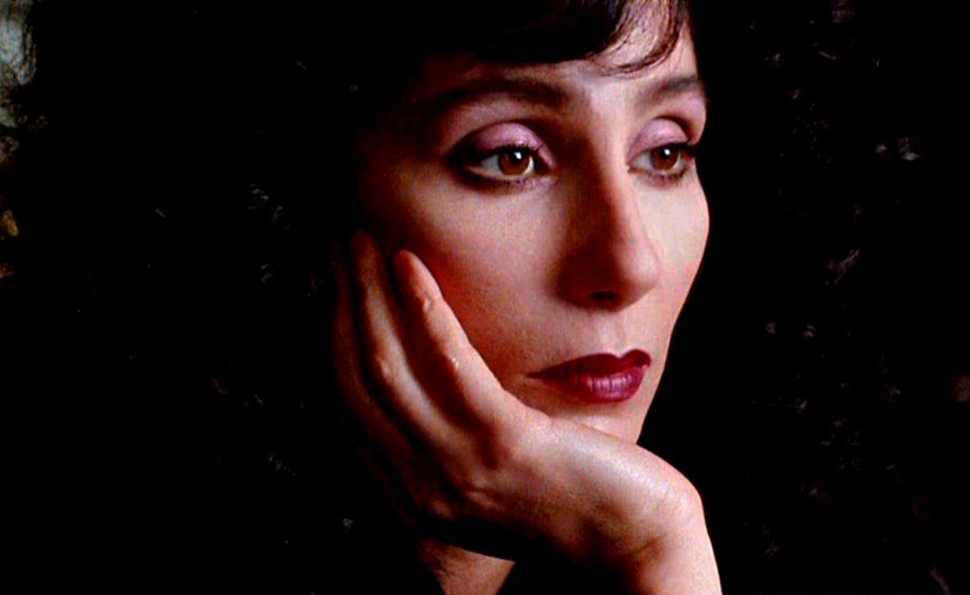 Cher’s run as a serious, respected actress was fairly short-lived. From 1982, when she appeared in Robert Altman’s Come Back To The Five And Dime, Jimmy Dean, Jimmy Dean, to 1987, when she won the Oscar, she appeared in six films; after Moonstruck, she played Winona Ryder and Christina Ricci’s mom in Mermaids (1990), then all but vanished from the big screen. But like Rocky Balboa, who would always be able to say (even without all the sequels) that he’d made it 15 rounds with the world champ, Cher can always point to the fact that she held her own for 102 minutes opposite the young, hungry Nicolas Cage. In fact, with the exception of Laura Dern in Wild At Heart, no other actress has been a credible romantic interest for Cage, so that’s an achievement in itself. More than a quarter-century later, it’s still exhilarating to watch the two of them square off, with Cher nearly matching Cage in intensity. Her Loretta is introduced as someone who’s more or less given up on life, having agreed to marry a man she doesn’t love, and her sense of commingled bewilderment and excitement at suddenly being sucked into this vortex of passion is palpable. She even makes a credible Italian-American, despite having zero Italian ancestry in real life. (She’s primarily Armenian.) Mask and Silkwood had given her opportunities to excel, but this was one of those cases where actor and role (and co-star) happened to be a perfect fit, creating an impossible-to-replicate chemistry. It’s not my favorite performance of that year (see next entry), but I wouldn’t take the statue away from her. 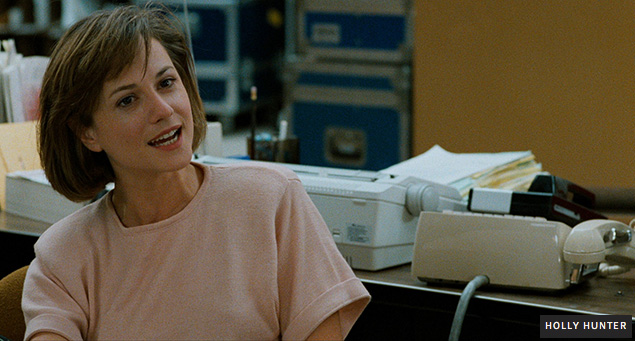 In 1986, only theatergoers and casting directors knew who Holly Hunter was. One year later, she was on the A list, having knocked one of the greatest female lead roles in movie history out of the park. (She also demonstrated her range in the Coens’ Raising Arizona earlier that year, which didn’t hurt.) As Jane Craig, Broadcast News’ intrepid but emotionally screwed-up TV producer, Hunter has to embody the character’s driven professionalism, self-righteous moral sense, and growing attraction to a person who represents everything she hates, William Hurt’s low-IQ anchor Tom Grunick. It’s a phenomenal juggling act, and while Hunter does justice to James L. Brooks’ sharp dialogue (which sounds especially wonderful in her light Georgia twang), she’s equally adept at physical comedy and imposing silences. Jane’s mad dash through the station to deliver a last-minute edit was the go-to clip at the time of the movie’s release, but that’s mostly editing; I’m thinking more of her awkward attempt at a seductive pose when she’s first talking to Tom, stretching one arm across the headboard and struggling to get the other one positioned just right along the vertical bedpost. That whole scene is pure genius on her part, from the way her face falls as Tom reveals the extent of his ignorance to her angry removal of nylons after he takes offense at her judgmental comments and leaves. But Hunter’s best moment occurs when her boss, in the middle of a heated argument, sarcastically observes “You’re just absolutely right, and I’m absolutely wrong,” and she replies with a pained pause, followed by a single emphatic nod. It’s the pause that does it—the instant when she’s visibly weighing whether to be honest. That’s acting. 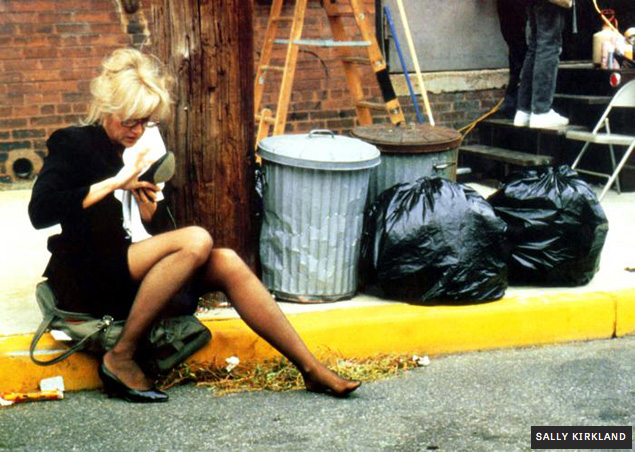 Where Hunter was the closest thing to a sweep that year (she was Oscar-nominated as well), Sally Kirkland was 1987’s improbable underdog. Anna was an obscure (and now largely forgotten) indie, directed by Polish filmmaker Yurek Bogajevicz, about the struggles of a Czech actress in New York City. Kirkland is neither Czech nor Meryl Streep, but was somehow cast anyway, opposite actual Czech Paulina Porizkova as her protégée. Having worked in movies for almost three decades at that point with little recognition, Kirkland embarked on what was then one of the most aggressive awards campaigns of all time, and it worked: In addition to tying Hunter for this prize, she scored an Oscar nomination, the Golden Globe for Best Actress (Drama), and the Indie Spirit award. And it’s a genuinely good performance, even though it’s a bit overstated at times. More than any of the other actresses in contention this year, Kirkland was given lots of conventional opportunities to emote: She cries, she screams, she delivers lengthy emotional monologues about her past, she watches ancient footage of herself catch on fire and melt, etc. There are times when it’s apparent she’s calculating the proper emotion and working to convey it, in the histrionic style that’s often mistaken for great acting. (Those who want to see Kirkland really go nuts are advised to seek out 1969’s Coming Apart, with Rip Torn.) But there are also times when she’s subtly shooting glances at herself in mirrors and other reflective surfaces, as if forever fearful that she’s about to hit her physical expiration date. (The story is an All About Eve riff in which Porizkova’s ingenue achieves the success in America that Anna never did.) Arguably, all the awards are more a testament to the value of campaigning than to Kirkland’s brilliance; she did credible work, though, and some attention was long overdue. 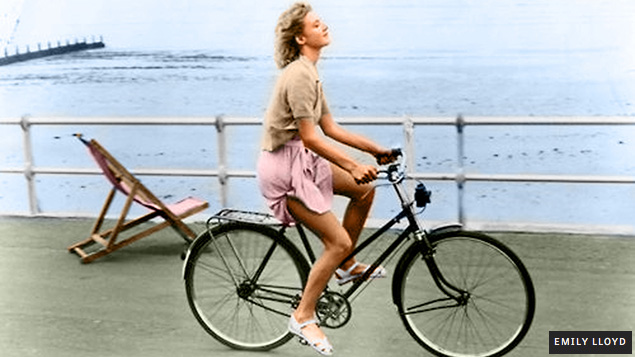 As usual, the NSFC went its own way, citing a terrific performance that other groups overlooked. At the time, Wish You Were Here seemed more significant than it turned out to be: Its writer-director, David Leland, went on to make such mediocre films as The Big Man (a.k.a. Crossing The Line, with Liam Neeson) and The Land Girls, and its young star, Emily Lloyd, didn’t fulfill her apparent promise either. (According to the IMDB, she was originally cast in Juliette Lewis’ role in Husbands And Wives, but Woody Allen replaced her early in the shoot. Her bio page also claims that she’s schizophrenic and has Tourette’s, which if true, yeesh.) But she’s thoroughly delightful in Wish You Were Here, playing a rude English teen who gets pregnant after sleeping with a friend of her father’s. Forever chanting “Up your bum!” (often accompanied by a view of her own bum), she’s pure adolescent id, blithely unconcerned with what anybody in her boring town thinks of her. But what begins as a comedy of ill manners gradually turns grimmer, and Lloyd manages the tonal shift beautifully, adding layers to the character without abandoning the screw-you sauciness that defines her. Two years later, she did equally strong work opposite Bruce Willis in In Country, but that was pretty much it. But it’s hard to blame the NSFC for thinking they’d seen the future of British cinema, and the performance holds up perfectly well all these years later as a testament to vulgar youth. 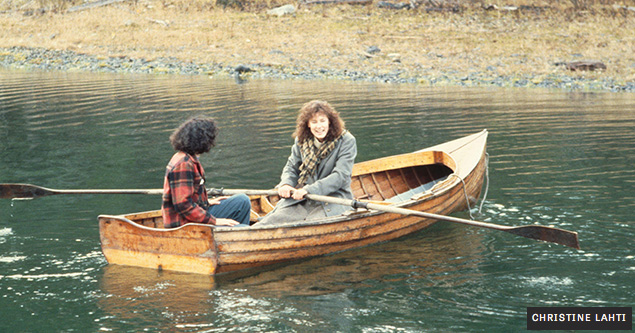 Playing crazy is an easy route to acclaim, as everyone from Brad Pitt (Twelve Monkeys) to Angelina Jolie (Girl, Interrupted) can testify. Playing functionally eccentric, however, doesn’t generate the same electricity. Housekeeping remains one of the 1980s’ best-kept secrets: a lyrical adaptation (by Scotland’s Bill Forsyth) of Marilynne Robinson’s novel about two teenage girls who suddenly have to live with their weird aunt Sylvie. And Lahti, probably best known today for her Emmy-winning stint on Chicago Hope, makes Sylvie a figure of enormous pathos by underselling the wackiness, allowing the character to believe she’s normal and rational, as so many people do. When she steals a rowboat to take her niece for a pleasure cruise, her reaction to the rowboat’s owner, who’s yelling angrily for her to come back, is hard to gainsay. “It must be his boat,” the niece protests. “Either that, or he’s some sort of lunatic,” replies Sylvie, rowing away ever faster. “I’m certainly not going back to find out.” For just a moment, she really does succeed, via her calm demeanor in the face of impending violence (he’s also throwing rocks), at making it seem as if he’s the crazy person, and Lahti’s assured, almost twitch-free work performs the same task vis-à-vis society as a whole. She doesn’t act eccentric—she merely does eccentric things as if they were perfectly humdrum. Lahti had won multiple awards just a few years earlier for her breakthrough performance in Swing Shift, so it’s odd that this one earned her a shrug. It takes real confidence to forgo showboating when playing a kook, and real talent to make that decision pay off so handsomely.