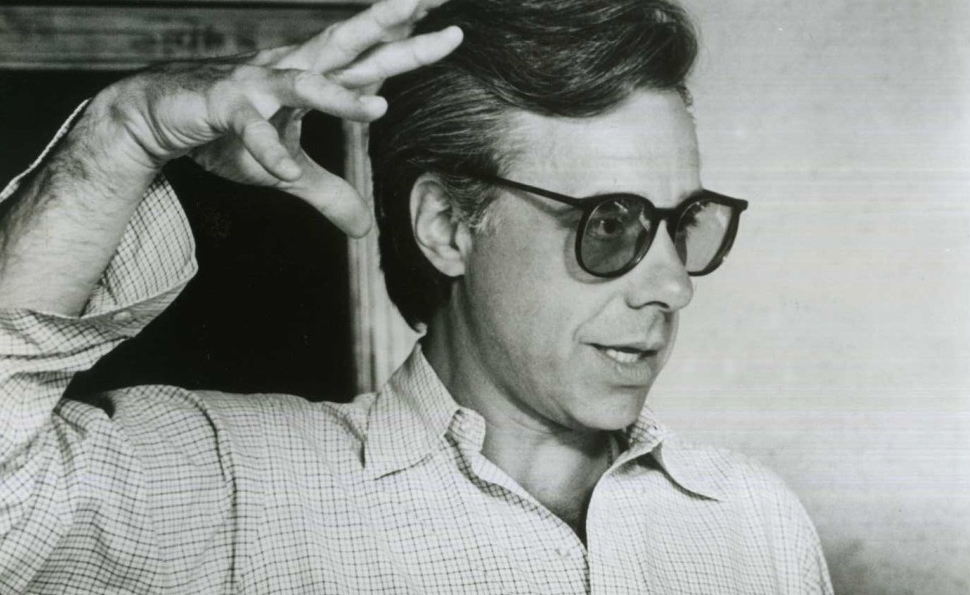 When The Dissolve chose Targets as a Movie Of The Week, we immediately reached out to its director, Peter Bogdanovich, a noted raconteur who usually has insightful comments to make about his own work and the work of other filmmakers. As it turned out, it was harder to connect with Bogdanovich than we’d expected, but for the best possible reason: He’s in the middle of shooting a new movie in New York, Squirrels To The Nuts, a comedy produced by Noah Baumbach and Wes Anderson, and starring Owen Wilson, Imogen Poots, Kathryn Hahn, Jennifer Aniston, Will Forte, and many, many more bright comic actors. Nevertheless, after a long night on the set, the 74-year-old director graciously took a few minutes of his off day to talk with us about Targets, the arc of his career, and whether he now feels any responsibility to mentor young filmmakers the way he was once helped by the likes of Sam Fuller and Orson Welles.

The Dissolve: You’re a fan of the classic Hollywood directors, but aside from Orson Welles, most of the studio-era auteurs didn’t have especially distinctive debut features. When you made Targets, were you thinking of it as a “first film,” as your introduction to the world?

Peter Bogdanovich: Well, of course. Of course we did. I had worked previously on The Wild Angels with Roger Corman, which I wrote about 80 percent of and directed about two or three weeks of second unit, so it was quite a bit of work I did on that picture, but it was Roger’s picture. However, Targets was my first picture. It was complicated, how it all came about. Roger was owed two days work by Boris Karloff, and he asked me if I would take on the assignment of shooting 20 minutes with Karloff in two days, taking 20 minutes of Karloff footage from a previous film, The Terror, and then shooting with other actors for 10 days to shoot another 40 minutes, so I’d have a new 80-minute Karloff film. That was how it started out, which was not very promising. But we came up with some good ideas, and eventually wrote a script Roger liked a lot, and ended up getting Karloff for three more days. So we had Boris for five days, for a total of 23 days, shooting for $130,000. It created a career for me, even though it didn’t make a lot of money—a lot of people saw it, and it got good reviews, generally speaking, and it made it possible for me to make The Last Picture Show.

“I’ve experienced personal tragedy as a result of the gun culture in this country, which is disgraceful, frankly.”

I didn’t want to make a picture that was released by AIP [American International Pictures], which was kind of an exploitation distribution company that Roger worked with a lot. I asked if I could sell the picture to a major, and got lucky, and Paramount bought it. But we worked within the limitations of what the genre was and what kind of picture Roger expected, which was basically what we used to call a thriller. Now, they might call it a film noir or something, but it was basically a thriller, rather than a horror picture. We took the sniper from Austin, Texas, [Charles Whitman], the kid who shot 35 people in 1966—we took his story and connected it with a story of a horror-movie star who’s quitting because he feels his kind of horror is outdated, and he’s become like a dinosaur. We tried to make it as good a film as possible, considering the limitations of the money and the budget and the kind of film it was supposed to be.

As it turned out, I never made another film like it, really. I thought I would make a series of films like it, because it did well enough that I thought it would be the sort of film I would make. But then I read Larry McMurtry’s novel The Last Picture Show, and I fell in love with the idea of making that as a film, mainly because I didn't know how to do it. I’m always challenged when I don’t know how to do something. I figure, “There must be a way.” And Last Picture Show made my career.

The Dissolve: Would you have been satisfied with a career more in the genre mode, where you worked on these low-budget pictures and tried to put a personal stamp on them?

Bogdanovich: I don’t know. I don’t think so, no.

The Dissolve: A lot of low-budget movies try to make up for a lack of resources by piling on exposition and dialogue, but Targets is very visual. You tell a lot of the story just through images, and have some really memorable ones, like the shot at the end with Karloff both at the drive-in and onscreen. Did you map all of that out ahead of time? Was there a certain amount of experimenting on set?

Bogdanovich: No, that was all in the script, which I wrote with Polly Platt, who I was married to at the time. In fact, that particular dramatic moment was suggested to me by Samuel Fuller, who did a rewrite with me, talking his way through the picture for about two hours while I took notes. That was Sammy’s idea, which I thought was brilliant and difficult to pull off, but I think we did it.

The Dissolve: You were mentored by Samuel Fuller and spent a lot of time with the older Hollywood directors. And you’re working now with Wes Anderson and Noah Baumbach. Do you have a sort of mentor-type relationship with those younger directors, the way you had with Fuller when you were younger?

Bogdanovich: Well, I think they think that way. Both Wes and Noah, I call them Son-Wes and Son-Noah, and they call me Pop. They like my pictures, and they were very helpful in getting this one going, getting it cast and getting the first steps toward financing. Actually, I think they’re doing for me what I tried to do for some of the older directors when I was starting out. With Picture Show, I had a big success, and I tried to parlay that into being able to help older directors make some films. I wasn’t able to do it, really, but I tried.

The Dissolve: Anderson has mentioned before how much he likes Targets, though he’s also said he tends to think of The Last Picture Show as your real first film, because as you mentioned, you never really made any more films like Targets. What do you think? Do you see Targets as an essential part of your filmography, for anyone who wants to understand the Peter ﻿Bogdanovich story?

Bogdanovich: Oh, of course it is. It’s very much a part of it. If it wasn’t for Targets, there wouldn’t be a Last Picture Show. And Targets, unfortunately, from a social point of view, ﻿is not outdated, because we still have this terrible gun problem in the United States. I wish it was outdated, but it isn’t. You can still buy guns very easily, and we’ve seen in the last few years a lot of mass killings, like we showed in Targets. Unfortunately, it’s still a very common occurrence in the United States. I think it’s terrible.

The Dissolve: It’s striking in Targets when the killer buys guns and ammo like he’s buying bread. It’s a very normal transaction.

Bogdanovich: Absolutely. That’s what it is.

The Dissolve: At the time, where you looking to comment on gun culture in particular, or just the epidemic of assassinations in the late 1960s?

Bogdanovich: Well, the story’s impossible to tell without showing the gun culture. Of course, the gun culture was very much on my mind. It was terrible then, it’s terrible now. I had a personal encounter with that tragedy when [my girlfriend] Dorothy Stratten was murdered by a gun that the killer, who was an alien, wasn’t supposed to be allowed to have. His visa had expired, and he still was able to purchase a shotgun with the ease of, as you say, going to the market and buying butter. And he killed her with it. I’ve experienced personal tragedy as a result of the gun culture in this country, which is disgraceful, frankly.

The Dissolve: A lot of filmmakers look back at their early films and say that with the perspective of age, there are things they would frame differently, or that they would’ve done differently if they’d had different resources. What about you and Targets? What would you change, if anything?

Bogdanovich: Well, you can always do things better on any picture, because you get older and you have different ideas. But I don’t spend much time thinking about that. It’s finished. We did the best we could with the time and resources we had, and with the intelligence we had. And that’s about it.

“It created a career for me, even though it didn't make a lot of money—a lot of people saw it, and it got good reviews, generally speaking, and it made it possible for me to make The Last Picture Show.”

The Dissolve: Some auteurists prefer the later pictures of veteran directors, because they’re often slower-paced and more contemplative. Are you finding while making your new movie that you’re approaching it differently than you would’ve 10, 20, or 40 years ago?

Bogdanovich: I think as one ages, one gets more wisdom, hopefully, and refines one’s technique. You look differently at certain things. I’d leave that up to somebody else to say about my films. I don’t think it’s always the case. Some films made by directors when they were older don’t hold up as well as the earlier films they made. It varies. But I certainly don’t think films made by directors when they’re older are necessarily less good. The picture I’m making now is a comedy, and it’s very fast-paced and has a lot of energy, and I think is quite youthful in a way. However, it does have the advantage of a certain experience of life, which I couldn’t have developed 30 years ago.

The Dissolve: When you were younger, you studied the great Hollywood directors and kept notebooks, and wrote the book Who The Devil Made It, reprinting your interviews with some of those older directors. If there was one of those directors from Hollywood history whose career you could’ve had, which one would it be?

Bogdanovich: Probably [Howard] Hawks, because he dealt with every genre very well. I’ve tried to keep myself doing different kinds of pictures, different forms and so on. I’ve gravitated, I’ve noticed, toward comedy more than not. I like to make people laugh, I guess. The new picture’s a comedy. It’s got some touching parts as well, I hope. The picture I’m hoping to make next is kind of a comedy/drama, a fantasy. And Hawks also made some extraordinary comedies, as well as some powerful dramas. I think if I had to pick a career, I’d say Hawks’, because he did so many different things well.

Our Movie Of The Week discussion concludes here. Don't miss Monday's keynote on Targets' use of classic horror elements, and Tuesday's staff forum on the film's relationship with violence and how it fits into Peter Bogdanovich's career arc. Next week, we'll be discussing Alfred Hitchcock's favorite of his own movies, Shadow Of A Doubt.