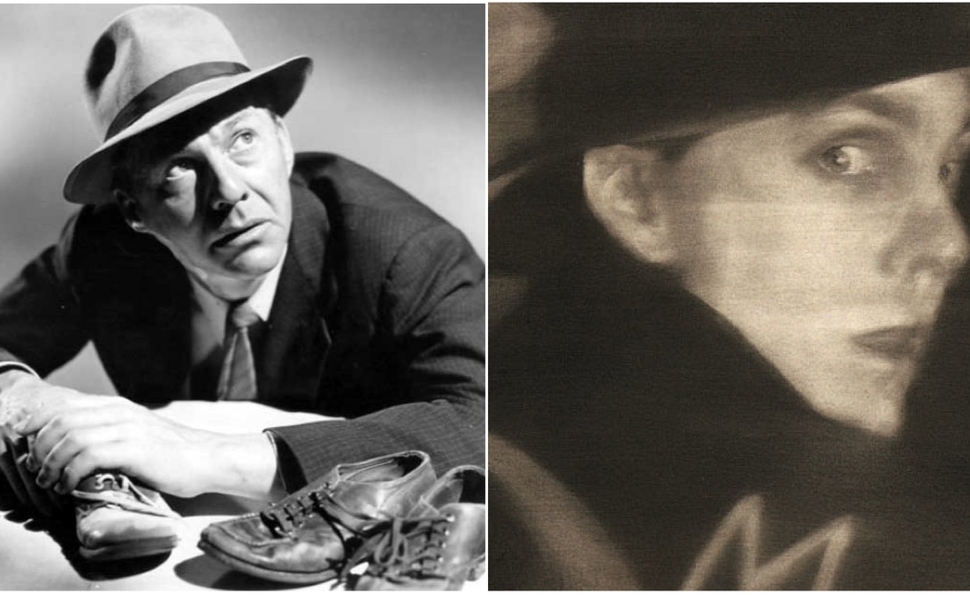 The long shadow of M

Fritz Lang’s 1931 feature M ends as memorably as a movie can, with the police, at the last possible moment, breaking up the underworld kangaroo court assembled to determine the fate of child murderer Hans Beckert. But it’s hardly a definitive ending. Lang shows Beckert (Peter Lorre) pleading for mercy before the police arrive, but then leaves his fate undetermined. Offscreen, he’s apparently rescued from the mob screaming for his death, taken into custody, and sent to trial. But while the film shows the court preparing to declare its verdict, it never lets that verdict be heard. Instead, Lang cuts to a group of weeping mothers, one of whom says, “This will not bring our children back. One has to keep closer watch over the children.” Justice has been done, and one man responsible for monstrous acts has been apprehended, but there remains much to fear in the world. In that moment, the story of one particular murderer in one corner of the world takes on universal implications.

That partly explains why M has lingered so long, and why other creators keep coming back to it for inspiration. Its influence can be felt in film noir, a genre almost unthinkable without Lang’s film, police procedurals, and in every film that dares plumb the depths of a killer’s mind and look for humanity beneath the monstrous actions. It’s also been the direct source for a few notable projects, most prominently Joseph Losey’s 1951 American remake. Little-seen, but well worth seeking out, it owes its existence to Seymour Nebenzal, a producer on Lang’s original film. Like Lang, he fled Germany for Hollywood. Unlike Lang, he felt M needed to come with him.

Lang disagreed, refusing to direct the remake, forcing Nebenzal to look elsewhere. He landed on Losey, then two features into what would become a long, unpredictable career. The resulting film is fascinating both in the ways it stays true to the original film, and the ways it varies from it. Scripted by Leo Katcher and Norman Reilly Raine with “additional dialogue by” Waldo Salt, Losey’s M frequently follows Lang’s film beat for beat, though neither Lang nor his wife and co-writer Thea von Harbou get a credit. Starting with an opening scene that re-creates the killer’s shadowing and abduction of a poor, doomed girl named Elsie—ball, blind balloon vendor, and all—there’s much in 1951’s M that fans of the original will find familiar.

Losey doesn’t match Lang shot for shot, however, or detail for detail. Renamed Martin Harrow and played by the inconspicuous David Wayne, the killer in the 1951 M replaces whistling with a recorder, turning him into a malevolent pied piper. Where Lang’s M was filmed largely on sound stages, allowing the director remarkable control over his camera, including those signature overhead shots, Losey worked heavily on location on the streets of Los Angeles. Losey brings fewer audacious visual flourishes to the film, but makes up for it with gritty immediacy. He uses L.A. well, particularly the Bunker Hill neighborhood. Once posh, now heavily redeveloped, in the 1950s, Bunker Hill had fallen on hard times, and Losey invests it with a sense of peril, starting with the opening credits. In the first shot, Harrow rides the vertical railway known as the Angels Flight to the top of Bunker Hill and looks down on the city. As the credits roll, he’s seen looming over children at play—white, black, and Asian—throughout the city. It’s as if he’s everywhere at once. 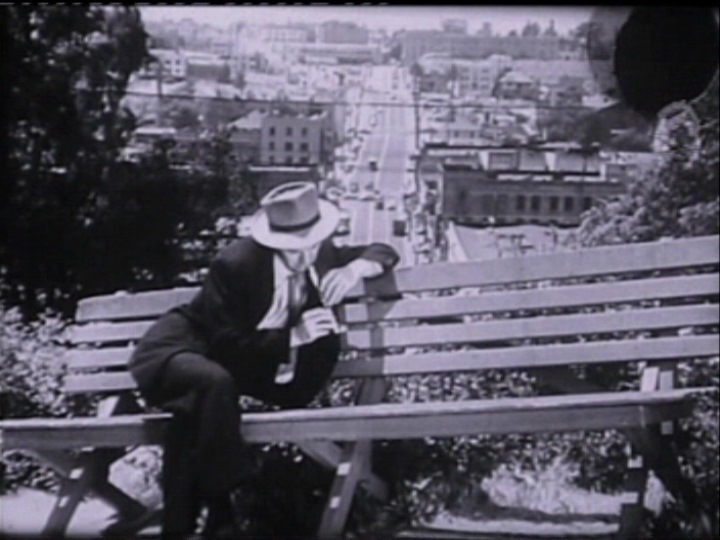 Yet, as Lorre did with Hans Beckert in the original, Wayne reveals the tortured psyche behind the monstrous boogeyman as the film progresses. That’s partly through a few key additions made to the film. In one, typical of the era’s heavy-handed Freudianism, Harrow strangles a clay figure with a wire, or possibly a shoestring, next to a picture of his mother. The shoestring seems more likely, due to the second alteration made to the character: This version of M gives the killer a shoe fetish that compels him to keep his victims’ shoes as trophies. This leads to a chilling reveal in which a police inspector, narrowing in on Harrow, finds a hidden stash of shoes behind a board.

Losey also makes memorable use of the Bradbury Building, an architectural wonder featured prominently in Blade Runner, among many other films. Here, it becomes the place Harrow hides from the mob, and Losey uses it as a ready-made Expressionistic set, shooting its curves and wrought-iron filigrees in ways that transform it into a shadowy labyrinth. In some ways, it’s a matter of finding an American location that parallels the office block in which Lorre’s Beckert hides in the original, just as much of the film discovers parallels between the Germany of Lang’s M and the Los Angeles of 20 years later. Yet the Americanization of M also makes good on the implications of the original’s final moments: Both the danger of the killer and the awfulness of the mob violence that responds to that danger could happen anywhere. Paranoia envelops its Los Angeles as the killings remain unsolved. Any man talking to a girl becomes suspect, and good intentions quickly escalate into violence.

There’s subtext here: The same year M hit theaters, Losey left the U.S., driven out by HUAC. He returned, briefly, the following year, but then spent the rest of his career making films abroad, primarily in England. Salt similarly worked abroad, returning after the blacklist faded to pen the late-career triumphs Serpico, The Day Of The Locust, and Coming Home. On their way out, they made a film about how righteousness can turn bloody, how witch hunts could break out anywhere, and how efforts to enact justice can end up making the world worse. It’s as much a film of its time and place as Lang’s was of Weimar Germany.

In 1990, artist Jon J. Muth published the first installment of a four-part adaptation of M that returned the story to its original setting, sort of. Then a comic-book artist best known for Moonshadow, later an acclaimed illustrator of children’s books, Muth took an unusual approach in turning the film into a graphic novel, shooting black-and-white photographs of friends playing the roles of the story largely in his Cincinnati hometown—which, per Muth, “resembles a German city in its architecture and in its faces”—and then painting the panels from those photographs.

The result is an eerie work that seems to take place in some sort of netherworld between painting and photography, modern America and 1930s Germany. Some panels look like stills from an alternate version of the movie, others like hazy dream visions. Muth uses color sparingly, but to great effect, interrupting monochrome images with the occasional colorful balloon or a flash of an orange held in the killer’s hands. The book, collected into a hardcover edition in 2008, suffers in dialogue-heavy stretches that make it look too much like a fumetti, but when it relies solely on images, it’s powerful. An invented hallucination in which his Beckert is visited by the image of one of his victims is especially chilling, suggesting Muth should have considered pushing even further away from his source material.

M also found its way, however indirectly, onto Randy Newman’s 1977 album Little Criminals, via the song “In Germany Before The War.” “A little girl has lost her way, with hair of gold and eyes of gray,” goes one couplet, and while Newman never spells out her fate, the tone of the song makes little mystery of it. Though not a direct reference to Lang’s film, the song draws from a common source. It references Düsseldorf, the home of serial killer Peter Kürten, who committed a string of horrific murders between 1913 and 1929. Lang denied drawing on Kürten for inspiration, and the year Newman references, 1934, isn’t quite right as a reference to either Kürten or M. But the real-life killer, the movie murderer, and the subject of Newman’s song all clearly inhabit the same world, committing horrible acts in a country soon to be taken over by madness and genocide. “I’m looking at the river,” Newman sings on the chorus, “but I’m thinking of the sea.” Small atrocities feed into larger ones. One has to keep closer watch over the children.

This ends our Movie Of The Week discussion of M, which kicked off Wednesday with Tasha’s Keynote about M’s unusual technical and story-driven perspectives on the world, and with Keith and Scott’s Forum digging into the film’s backdrop and its shifting sympathies. Next week, we’ll lighten up considerably by examining The Muppet Movie. Join us as we check whether there really are so many songs about rainbows, and what’s on the other side.