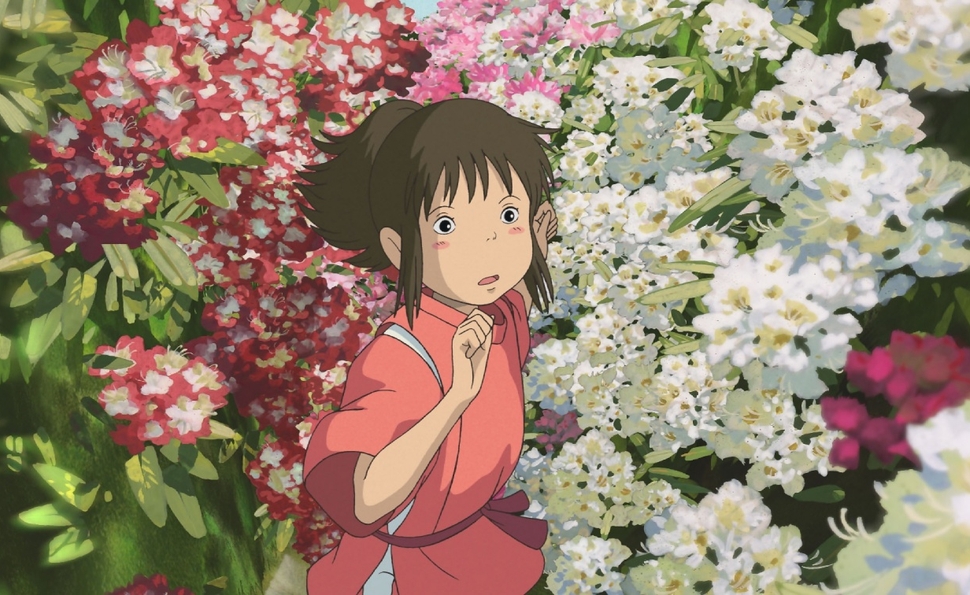 In Hayao Miyazaki’s 2001 masterpiece Spirited Away, a 10-year-old girl named Chihiro stumbles across a strange bathhouse that caters to ghosts and gods. There, she’s given a new name—Sen—and put to work, with no idea when or whether she’ll ever get back to the life she once knew. Once the water rises in the land surrounding the bathhouse, Chihiro/Sen is cut off from the outside world, and joins the long line of children in fantasy stories who’ve disappeared into another reality. She’s Alice. She’s Wendy Darling. She’s Lucy Pevensie. And she’s every kid who’s ever read, watched, or heard about those characters.

Fantasy stories are all about escapism, regardless of the age of either the protagonist or the audience. But when a fantasy involves children, all the surreal landscapes and imminent threats take on a larger meaning, serving as metaphors for maturity, sexuality, abandonment, the cruelty of other children, and more. The six movies below each offer very different takes on the “down the rabbit hole” plot, building on and adding to the same tradition that Spirited Away upholds. And while not all of these six are for children, each is attuned to what it’s like to be a kid—and especially to be one who’s lost and anxious in an exotic other-where.

The onset of puberty and the first stirrings of sexual desire have always been tougher to depict onscreen than in literature, because casting actual pre-adolescents in a movie about sex courts charges of exploitation. There are some undeniably squirm-inducing moments in Jaromil Jires’ 1970 adaptation of Vitezslav Nezval’s 1945 novel Valerie And Her Week Of Wonders. The Czech New Wave director tells the story of a 13-year-old girl trapped in a vivid nightmare, and his film has a lot of the qualities of an actual dream: inexplicably changing locations, a protagonist who’s unable to take decisive action, malevolent authority figures who sometimes take the form of real people from the heroine’s life and sometimes resemble monsters from popular fiction. There’s also some nudity, and throughout, Jires plays up the possibility that one of these strange scenarios the virginal Valerie finds herself in will develop into an actual sexual encounter. Ultimately, Valerie And Her Week Of Wonders is subtle and tasteful enough that it doesn’t cross any lines. More to the point, the film strongly evokes both the fear of and attraction to the mysteries of adulthood, simultaneously stirring within a girl on the cusp of becoming a woman.

Lewis Carroll’s Alice’s Adventures In Wonderland has spawned more movie adaptations (overt and covert) than any one person could tally, but none are quite like the 1988 take by Czech animator Jan Svankmajer. Employing a mix of stop-motion animation, live action, and puppetry, Svankmajer creates an Alice that feels like it’s taking place in and around a young girl’s playroom. Svankmajer uses everyday objects to stand in for an array of strange animals and humans, all encountered by Carroll’s heroine when she follows a white rabbit into a curious underground society—where she experiences wave upon wave of madness and absurdity. But Svankmajer’s real master-stroke is how he visualizes Alice’s various transformations in size, crafting images that perfectly summarize “that awkward age,” when everything seems either too juvenile or too mature.

Three years before Polish director Agnieszka Holland directed an adaptation of Frances Hodgson Burnett’s kid-lit classic The Secret Garden, she made Europa Europa, a historical drama about a Jewish teen who hid in plain sight during World War II by joining the Hitler Youth. That’s a fantastical story rooted in reality, and, in a way, so is Holland’s The Secret Garden, which follows a wealthy orphan as she explores her dark, dusty new estate, finding hidden rooms and a little outdoor enclave that may possess miraculous healing powers. The secret to The Secret Garden is that Holland and screenwriter Caroline Thompson don’t overplay the “magic” angle. The movie uses the garden more as a metaphor for the rare innocence of a childhood untouched by death, disease, or conflict. It’s a place the children in the film tend to diligently, hoping to let it grow beyond the confines of one small plot of land.

The Chronicles Of Narnia: The Lion, The Witch And The Wardrobe (2005)

Along with Alice’s Adventures In Wonderland and J.M. Barrie’s Peter Pan, C.S. Lewis’ Chronicles Of Narnia novels are among the most perennially popular stories about children slipping into another world. The Narnia books haven’t been adapted as often as the other two, and Disney/Walden Media’s attempts over the last decade to turn Lewis’ novels into Lord Of The Rings-like blockbusters have been largely disappointing. The major exception is the first film in the series, The Lion, The Witch And The Wardrobe, which effectively conveys the sense of wonder in the novel. When the four Pevensie children venture into the enchanted kingdom of Narnia through the back of an old wardrobe, they encounter treachery, despair, and true heroism, but more importantly, they’re drawn further and further into the intrigue of a ancient battle between good and evil. Their experience is not unlike the feeling of getting lost in a great book—or a great movie. And though one of the recurring motifs of Lewis’ series is that the Pevensies eventually grow too old to visit Narnia, the land itself has a maturing effect. It’s where these children go to learn values.

Director Guillermo del Toro was reportedly offered the chance to helm The Lion, The Witch And The Wardrobe, but turned it down to make Pan’s Labyrinth, a film that, like del Toro’s The Devil’s Backbone (and like Victor Erice’s influential 1973 film The Spirit Of The Beehive), sets a story with fantasy/horror overtones against the backdrop of the Spanish Civil War. Pan’s Labyrinth is about Ofelia, a pre-teen girl who’s stuck in a remote mountain outpost with her new stepdad, a vicious army captain. As in The Secret Garden and The Lion, The Witch And The Wardrobe, Ofelia finds a hidden portal, and makes her way into a shadow-realm. This one is governed by a faun who sends Ofelia on missions that don’t always make sense—and may not be all that noble. Avoiding the trap of strict fantasy-to-reality parallels, del Toro instead makes Pan’s Labyrinth into a film where each world informs the other, creating a context for the whole idea of following orders, and the question of who the real winners are in a war. The movie frames childhood as a maze, filled with traps and dead-ends, many of them built by authority figures who aren’t always in the right.

Like Henry Selick’s adaptation of Roald Dahl’s James And The Giant Peach, his animated version of Neil Gaiman’s juvenile novel Coraline features a child who escapes from a rough situation to a seemingly better one. The twist in Coraline is that the heroine doesn’t really have it so bad in her normal life. When Coraline crawls through a secret door to Other World, she finds a place that looks exactly like her own home, only nicer. The longer she stays there, the more Coraline realizes that her button-eyed Other Mother and Other Father aren’t as ideal as they seem. Like Milo in Norman Juster’s beloved children’s novel The Phantom Tollbooth (which has also been made into a movie, but a fairly mediocre one), Coraline journeys into a dreamland and comes back with a greater appreciation for the place she’s originally from. This, too, is a powerful fantasy: Not the idea there’s a richer, more exciting world down some secret corridor, but the feeling that this world has a lot more to offer than we can immediately see.

This concludes our Movie Of The Week discussion of Spirited Away, which kicked off Tuesday with Tasha Robinson’s Keynote essay on how the film expresses the fluidity of emotion, and continued with Genevieve Koski and Scott Tobias’ Forum discussion on the film’s creepy whimsy and light moralizing. Come back next week when we wrap up Movie Of The Week for 2014 with a holiday-appropriate discussion of Joe Dante’s Gremlins.