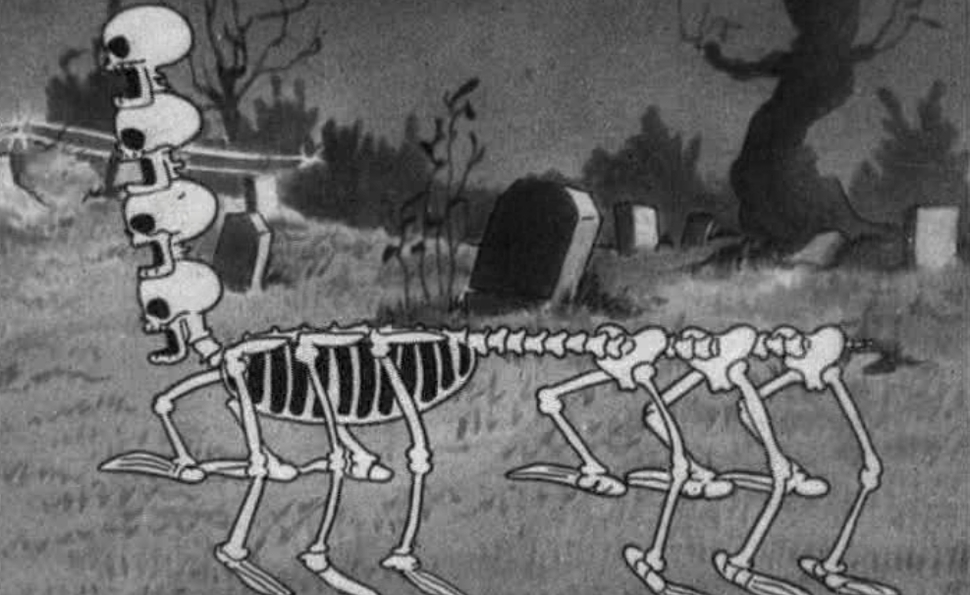 In Greil Marcus’ 1997 book Invisible Republic: Bob Dylan’s Basement Tapes, he writes about Folkways’ 1952 Anthology Of American Folk Music, and its influence on the ramshackle, lo-fi recordings Bob Dylan made with members of The Band in rural New York in the spring and summer of 1967. Marcus describes the rawness of the 1920s-era 78 rpm records that obsessive collector Harry Smith assembled into his Anthology, and talks about how Dylan kept his Basement Tapes just as rough, with distant-sounding instrumentation and a lot of echo, as though the songs had been recorded surreptitiously in the middle of the night. According to Marcus, that caught-on-the-fly sound—coupled with both albums’ lyrical preoccupations with local legends and surreal reveries—are representative of “the old, weird America.”

That’s such a wonderfully apt phrase: “the old, weird America.” It describes something a lot of people have experienced firsthand: Almost anyone who’s browsed through flea markets or used bookstores knows the feeling of coming across an old toy, children’s book, knick-knack, or advertising sign, and marveling at its combination of artistry and grotesquerie. Finding a freaky antique is like peering through a window into another world, similar to our own, with very different ideas about what constitutes entertainment.

For many people, watching blocks of cartoons on local UHF channels was a first and most memorable encounter with American popular culture’s gnarled, nightmarish past. There, between the more familiar Bugs Bunny or Mickey Mouse cartoons—or sometimes even in cartoons featuring Bugs or Mickey—would be faded footage of thin-limbed, wrinkly-faced characters repeating the same actions over and over. These lovingly crafted fragments of squirm-inducing film were like dispatches from another dimension. They felt… off.

The early Walt Disney features—Snow White And The Seven Dwarfs and Pinocchio in particular—have some of that same curious vibe. But because they’ve been on TV so much, and were re-released in theaters every so often over the decades, the features don’t seem as alien as the “Silly Symphonies” and other shorts that Disney’s animation team pumped out in the 1920s and 1930s. The early Disney cartoons, with their anthropomorphic foodstuffs and dark magic, bridged the gap between heartwarming early-20th-century small-town Americana (the kind Walt Disney himself spent much of his career trying to monetize) and the wild, decadent visions of the Hollywood dream factory.

These seven cartoons show how Walt Disney and his animators tried to grow as artists while also giving the public what it wanted, which led to some spectacular collisions of kid-friendly simplicity and freewheeling fantasy. The films are exquisitely drawn and mildly demented. They seem to have sprung from someplace deep within the nation’s collective subconscious. (Click each film’s title to watch it in its entirety.)

A year before creating Mickey Mouse, Walt Disney and his longtime friend and creative partner Ub Iwerks launched a series of cartoons featuring a proto-Mickey: a rubbery adventurer named Oswald The Lucky Rabbit. In “Bright Lights,” a broke Oswald sneaks into a burlesque show to see Mademoiselle Zulu, a.k.a. “The Shimmy Queen,” a cat-like creature in a coconut bra, who thrusts her hips at the audience and splits into two when she leaps in the air. Most of the short is about Oswald ducking the guards who try to kick him out—and how none of them have reckoned on Oswald’s ability to stretch himself really thin, and even pull off and reattach body parts if necessary. Between the sexual come-ons that begin “Bright Lights” and Oswald’s casual disassembly, this cartoon could keep dream-analysts spinning interpretations for hours.

The first of Disney’s Silly Symphony series and the first cartoon built entirely around a musical score (by future animation legend Carl W. Stalling), “The Skeleton Dance” turns the sounds of the night into an eerie concert. The rhythmic hooting and howls of owls and cats start the show, and then a quartet of skeletons rise from a graveyard start leaping about and using each other’s bones as xylophones. Iwerks reportedly handled almost all of the animation for “Skeleton Dance,” and the results are both whimsical and horrifying, especially when skulls lunge at the viewer, and when the skeletons smash together and reassemble themselves into a unhinged, four-headed bone-beast.

Always attuned to the movie business’ latest technical innovations, Walt Disney splurged on the then-new three-strip Technicolor process for the 1932 Silly Symphony cartoon “Flowers And Trees,” and was rewarded with the first Academy Award for a short. The color in “Flower And Trees” is no afterthought, either. The animators and painters reveled in the lush greenery of forests, fields, and brooks, shading the title characters with fine gradations of hues rather than sticking with just primaries and secondaries. The plot, meanwhile, is suitably bonkers, with a mean, gray tree-stump trying to mess up the courtship between two leafy trees. Eventually, the inter-flora squabbling starts a fire, which has little flame-creatures chasing the plants around, until heroic rainclouds save the day.

Mickey Mouse started out as a mischievous, somewhat anarchic character, more in the mode of Woody Woodpecker or Daffy Duck than the mellow suburban everymouse he became in the 1940s. But though Mickey started rounding off in the 1930s—literally, as his character design evolved into something softer and cuter—his cartoons retained a fair amount of kink for a while. When 1933’s “The Mad Doctor” was released, some theaters considered it too scary and gruesome for children. That’s not just because of the scenes of Mickey falling down tunnels, or walking up staircases that turn out to be coffins filled with animated skeletons. No, what’s really disturbing in “The Mad Doctor” are the images of Mickey’s dog Pluto being terrorized by the bearded maniac of the short’s title—with no rescue in sight, unless his master wakes from this awful dream.

The Silly Symphony series got a lot of mileage from creating little pocket universes, populated by walking, talking, singing, and dancing versions of everyday objects. The most unforgettable of these (not necessarily in a good way) is “Lullaby Land,” in which a dreaming baby crawls and toddles through a padded landscape. The child witnesses a parade of enormous safety pins, potty chairs, and baby bottles, before wandering into the “Don’t Touch” region, filled with thumbtacks, ink pens, hammers, and matches. Then, because he’s such a bad baby, he’s attacked by a trio of boogie-woogie-ing boogeymen. It’s not too hard to draw a line between the fulsome, nerve-jangling imagery of shorts like “Lullaby Land” and the cranky visions of 1960s underground cartoonists like Robert Crumb and Kim Deitch—in much the same way that the crackly old folk records of Bob Dylan’s youth got into his blood.

Walt Disney himself directed this version of the King Midas story, to prove to his staff that he had more chops than any of them. Disney was reportedly so mortified by the results that “The Golden Touch” that it was a sore subject for him for the rest of his life. The cartoon is nowhere near as bad as its reputation. The pace is too slack, the lessons are too heavy-handed, and King Midas’ big theme song is excruciating, but when Midas gets the power to turn everything he touches into gold, it’s satisfying to watch his dawning realization that he’ll never be able to eat again, since even food becomes gold when he brings it to his lips. And Disney illustrates Midas’ panic well, as everything around the king becomes useless when he gets too close. That’s the kind of anxiety a powerful person like Disney could understand.

Like “The Skeleton Dance” and “Flowers And Trees,” “The Old Mill” is one of the most historically important Silly Symphonies, because it introduced the multi-plane camera that the Disney animators went on to use on the studio’s first feature, Snow White. (“The Old Mill” also won another Best Short Subject Oscar, Disney’s sixth in a streak of eight.) But even beyond its technical innovations, “The Old Mill” is exceptional, moving nimbly and leisurely in and around a community of animals on a stormy night. In just eight minutes, “The Old Mill” constructs a detailed world, introduces a crisis, then shows the aftermath. It’s an assured piece, making use of all of the lessons and techniques the Disney animators learned over the previous decade. It’s a summation of where Disney had been, as the studio prepared to leave its funkier origins behind.

This ends our discussion of the 1940 Disney classic Pinocchio, kicked off on Tuesday by Genevieve’s Keynote analyzing its animation breakthroughs, and continued in the Forum with a conversation about its source material and how it plays differently for adults than kids. Next week, Animation Month continues and moves into a more recent era and a more recent animation technology, with our discussion of Richard Linklater’s 2006 experiment (and Philip K. Dick adaptation) A Scanner Darkly. Stay tuned.