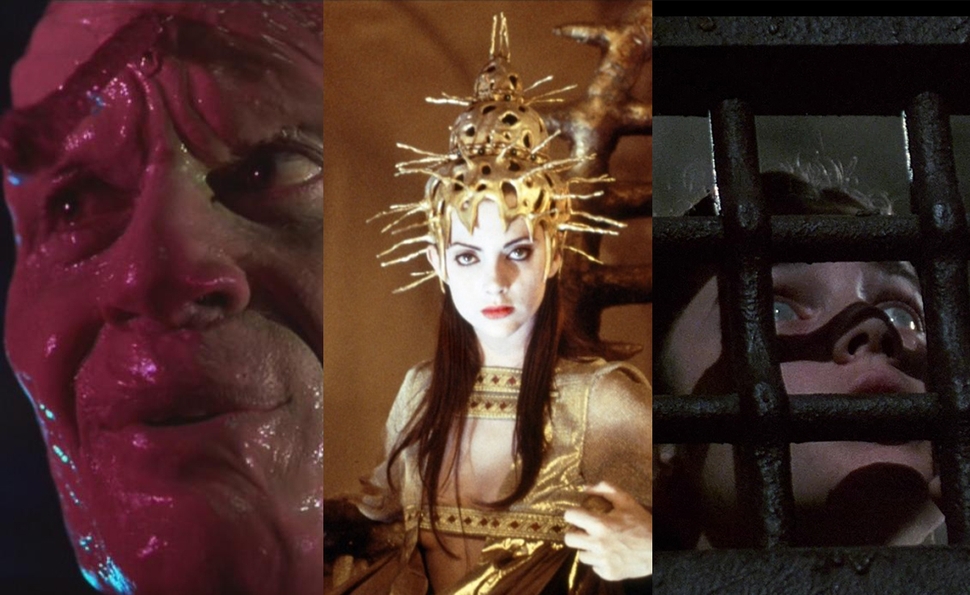 Stuart Gordon loves H.P. Lovecraft, but he has a funny way of showing it. The enterprising Z-horror director rocketed to cult fame in 1985 with Re-Animator, which borrows the protagonist and central conceit from the author’s 1922 serial “Herbert West: Reanimator” while stitching in jet-black humor and plucking out all of the florid doomsday dread. Tonally, it’s about as loose as an adaptation can get while still remaining recognizable to fans of its influence, a revived corpse that turns on its master.

Upon Re-Animator’s initial release, Lovecraft’s legions of fans were divided over precisely this question of faithfulness, according to Andrew Migliore and John Strysik’s exhaustive compendium The Lurker In The Lobby: A Guide To The Cinema of H.P. Lovecraft. But those fans were ultimately won over by the film’s killer construction, bracing them for the rest of Gordon’s career. Gordon responds to Lovecraft’s texts not with faithful reinterpretations, but deranged hybrid gore-comedy beasts that twist far beyond their source material. The films are shlocky goofs, but they’re also mostly intelligent commentaries on how straitlaced, early-20th-century horror concepts can re-emerge through the ironic lens of the modern era.

Following Re-Animator’s success, Gordon went on to direct four more very loose Lovecraft adaptations between 1986 and 2005. He had a company of regulars who stuck around for multiple iterations of these projects, like a Shakespeare troupe with even more gore: producer Brian Yuzna, screenwriter Dennis Paoli, and actors Jeffrey Combs and Barbara Crampton (with Combs look-alike Ezra Godden taking their place in later years). And his adaptations are somewhat similar to the approach taken by the Reduced Shakespeare Company, which condenses the Bard’s complete works into a single stage show so the joke is in how much of the originals the players bother to act out before moving on.

That method of commentary is, to Migliore and Strysik, what makes Gordon among the most successful Lovecraft filmmakers. “The ‘West’ stories are pure exploitation,” they write. “Lovecraft himself acknowledged as much, and, female love interest and morbid sex humor aside, Re-Animator really is one of the more faithful and effective adaptations.” Not to mention that Lovecraft’s original serial was a riff on Mary Shelley’s Frankenstein. Such is the nature of storytelling: The same myths change a bit more with each generation.

Gordon’s devil-may-care approach to the guy who created Cthulhu is best exemplified in his spiritual follow-up to Re-Animator, 1986’s From Beyond. Not content to stretch even the bare skin of Lovecraft’s original short story across 86 minutes, Gordon runs out of source material—a simple account of a man who builds a machine allowing him to see into other dimensions—before the opening credits even roll. What follows is a kinky romp, less a work of horror than a sideshow for creature makeup and S&M fetishists. The surviving witness (Combs) returns to his former boss’ house with two investigators demanding to see proof of the machine that unlocks the full potential of the brain’s pineal gland. 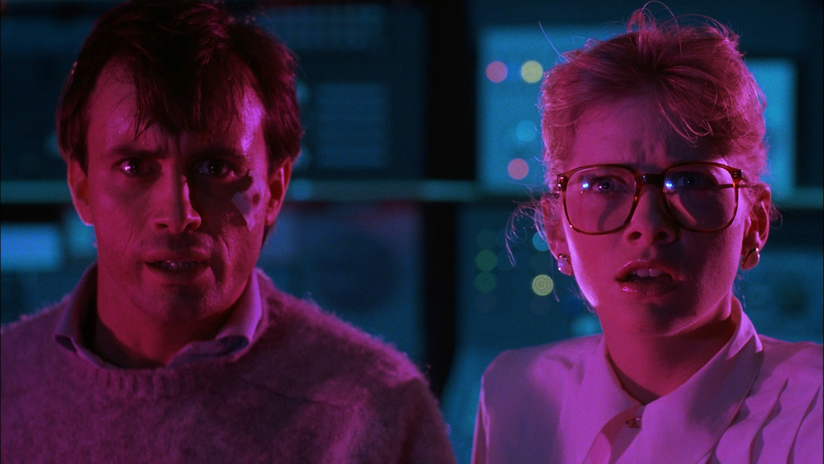 Despite severe pacing issues, From Beyond captures part of the giddy thrill of Re-Animator, the sense that anything could happen at any given moment. The same can’t be said for 1995’s Castle Freak, a cheapo direct-to-video picture that is both Gordon’s starkest departure from a Lovecraft source, and his dullest. The film differs so severely from Lovecraft’s short story “The Outsider” that the opening credits identify it as “Stuart Gordon’s Castle Freak,” though Lovecraft is a credited co-writer. Here, Combs is a recovering alcoholic who has just inherited an ancient Italian castle, with a mutilated, bandaged psycho living in the dungeons. Gordon’s lack of a decent budget is all too apparent here, as the psycho has some rubber-looking deformities and hastily assembled bandages, and he terrorizes the family through what look like the same three rooms of the castle.

“The Outsider” was told from the POV of the creature, alone in the castle, who catches a glimpse of his own reflection in a mirror and is horrified. But Castle Freak invents the characters of Combs and his family as they gradually come to acknowledge something sinister in their midst. Where Lovecraft often focused on an intimate account of the madness lurking beneath humanity, Gordon’s first three adaptations depict modern figures who become stranded in the author’s macabre world, so the films also feel like time-travel movies.

Sometimes that approach works. The first half of 2001’s Dagon, based on the 1917 short story “Dagon” and the 1936 novella “The Shadow Over Innsmouth,” is the most stylish piece of Lovecraft-inspired filmmaking Gordon has made since Re-Animator. A tale of rich, naïve travelers moored in a creepy Spanish seaside town in a rainstorm, the film drinks in the exotic terror of its lush atmosphere. The color scheme is crammed with wild rain-slicked blues and reds, and Gordon frequently shifts to explosive handheld close-ups just when the freaky stuff starts flying. An extensive flashback depicting how the villagers came to worship a dark sea god and produce clammy, gilled offspring is shot like a demented stepchild of Cinema Paradiso. 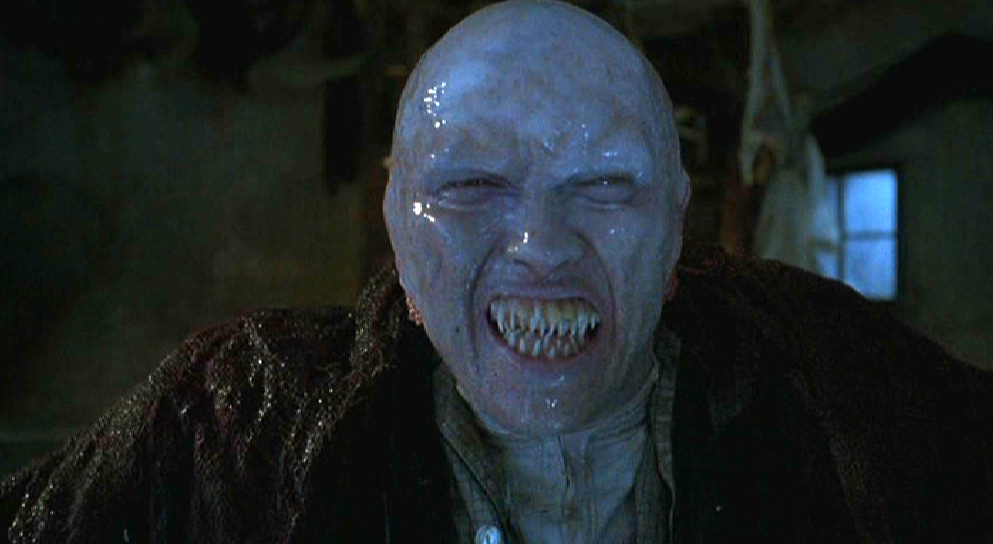 Dagon falls apart tonally in the homestretch with some grisly torture scenes that lack the camp factor of Gordon’s earlier depictions of violence. But the film remains unusually faithful to its source material for a Gordon adaptation, and concludes with an onscreen quotation from Lovecraft, marking what appears to be genuine respect for the author’s text instead of merely his spirit.

For Showtime’s 2005 horror-director victory-lap series Masters Of Horror, Gordon returned to the Lovecraft well once more to punch up the author’s 1932 short story “Dreams In The Witch House.” And it’s funny how, even when Gordon tries to follow Lovecraft more or less to the letter, somehow he still comes out skewed: It’s hard not to laugh at a screen-filling close-up of a rat with a man’s face, with his scrunched-up whisker nose and mask-like mane of unkempt hair, even though the image is lifted directly from the books.

Each of Gordon’s Lovecraft films takes on a different horror subgenre—the mad scientist, science-fiction horror, the haunted castle, the creepy town—but each exists within the same cinematic space: transcendently trashy exploitation picture with a thin aura of classicism. Some of Gordon’s derivations can almost certainly be chalked up to the requirements of his genre: It’s reasonable to assert, for instance, that Crampton’s leather getup in From Beyond and the squishy gore of Castle Freak are there to move videos, not necessarily because Lovecraft’s texts inspired Gordon to insert them.

Yet the real question shouldn’t be why Gordon took such liberties with an author he revered, but why more filmmakers aren’t doing similar Herbert West-style experiments. All Lovecraft’s works are in the public domain, so messing with these corpses is a luxury that even Gordon’s minuscule budgets can afford. Perhaps the best way to honor Lovecraft’s deeply flawed yet deeply influential writings is precisely this: to tinker, under cover of darkness, with their very souls.

Our Movie Of The Week discussion of Re-Animator ends here. Don’t miss Keith Phipps’ Keynote on how Stuart Gordon pushed horror and comedy over the line and beyond, and the accompanying conversation about the film’s dark wit and Lovecraft pedigree. And join us next week as independent horror month continues with a discussion of David Lynch’s surrealist nightmare Eraserhead.