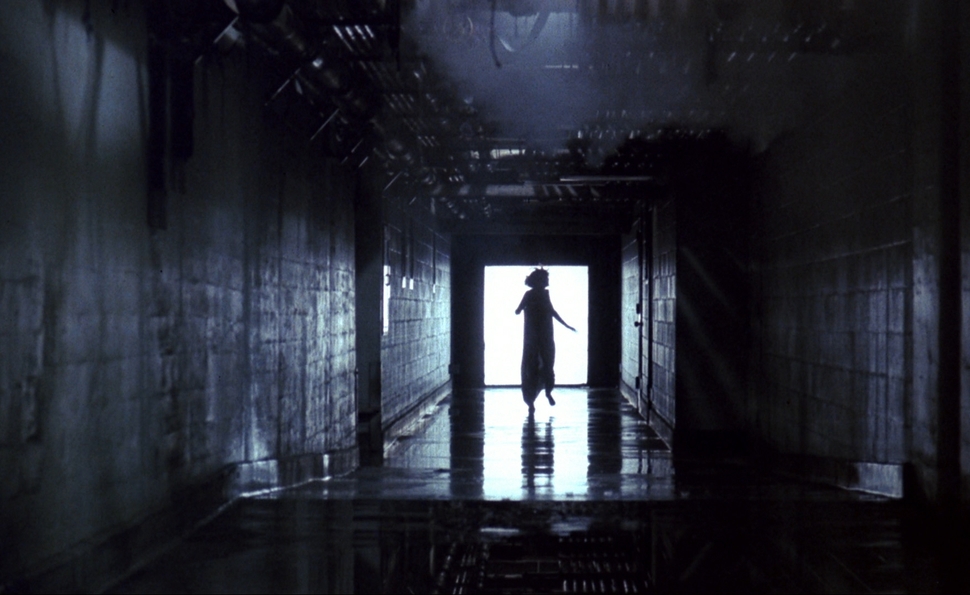 Rooting for the Anytown nobodies of A Nightmare On Elm Street

Keith: Movies scared me before A Nightmare On Elm Street, but I don’t think any creeped me out in quite the same way. I think that’s in part because of the setting. Despite a couple of scenes with palm trees, the film is set in a suburban American anytown, as if Wes Craven were trying to make it look like it could take place anywhere. The awful fifth sequel, Freddy’s Dead: The Final Nightmare, even features Freddy saying, “Every town has an Elm Street.” (Later films establish the setting as Springwood, Ohio, but I think it works better without the specificity.) Looking at it now, there’s a lot that feels inauthentic about NOES’ version of 1980s suburbia, starting with Rod (Nick Corri, now Jsu Garcia), who looks older than the other teen characters, carries a switchblade, and behaves like a juvenile delinquent out of a 1950s movie. There’s some silly stuff, too, particularly Nancy’s research using the book Booby Traps & Improvised Anti-Personnel Devices. (Is that a library book?)

I still think the movie’s pretty ingenious, though. Craven executes the dream sequences brilliantly, finding one creepy image after another and digressing into dream logic in a way that really feels like a bad dream. The central conceits work, too: Beneath the pleasant exterior, this nice town has secrets, and the sins of one generation get passed down to the next. It pairs nicely with Blue Velvet, really, even if only one features Johnny Depp getting sucked into a bed that then vomits him up as buckets upon buckets of blood. (It’s this one, by the way.)

Scott: The conceit itself takes A Nightmare On Elm Street most of the way, because Craven solved a problem that plagues many movies about dreams or with dream sequences: He makes the nightmare world both abstract and physical, so it’s not all scary elasticity on Freddy’s part—it’s a nightmare that literally bleeds into the real world. And that’s what makes it scary to me, because nightmares, no matter how menacing they are, can end once the dreamer wakes up in a cold sweat; here, the gateway from reality to dreams becomes more like a swinging door, where the boogeyman can potentially pass through, or leave dreamers staggering back into consciousness with slashes across their torsos. There are a handful of directors—like David Lynch, whose Eraserhead we’re covering in a couple of weeks—who can make nightmares vivid enough to disturb on their own, but Craven doesn’t have that kind of sensibility. Pure abstraction isn’t his game.

One of the other big payoffs of the conceit is that it establishes some boundaries; those boundaries stretch when we find out that dreamers can take something of Freddy’s back into the real world, but the teenagers in the film have to figure out how to cheat death. Simply not falling asleep is a start, but the body shuts down; having a friend to wake you up is a better idea, except when that friend is Johnny Depp. But finally, Final Girl Nancy Thompson (Heather Langenkamp, really good here and in New Nightmare) resolves that she has to confront Freddy on his turf, and her plotting gives the film a new kind of tension. It shifts capably from horror to something closer to a metaphysical thriller. 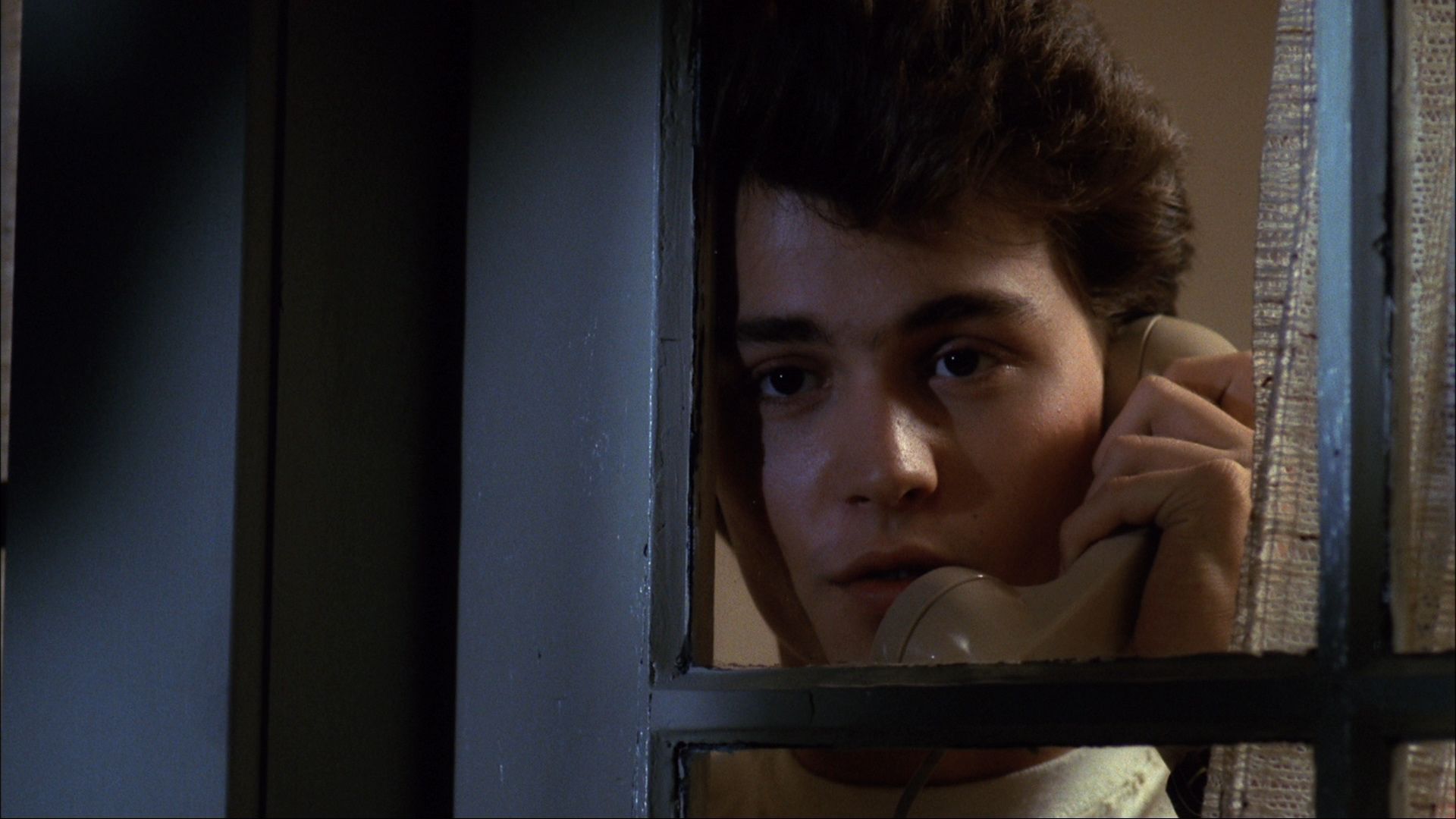 Keith: Not to disparage the sequels too much—I like many of them on their own terms—but those rules help make the movie as scary as it is. One of the most unsettling moments comes not from anything Freddy does, but from when Tina calls out to Glen (Depp), and he doesn’t respond. He’s fallen asleep, and she’s now clutching a life preserver that’s drifted away from the boat.

What’s more, the idea of someone invading your subconscious, and hurting you while you’re defenseless, is both scary on its own terms and metaphorically rich. Freddy victimizes children. He’s a “child murderer” here, but there’s at least the implication that he abused his victims sexually. (The sequels provide stronger suggestions of this, and the awful 2010 remake goes further still.) These are characters who escaped that. They’re not yet adults, but they’re not vulnerable children anymore. Yet they’re also at an age when they’ve begun to realize that the past has a hold on them, and what happened to them as kids will stay with them the rest of their lives. As much as Freddy embodies the underbelly of American, small-town life, he embodies that, too. He’s free-floating anxiety and childhood trauma given form, and that’s part of what makes him so scary, in my eyes. How about yours?

Scott: Craven is a smart director. Many have described him as “professorial.” And with this film, he draws on classic sources—nursery rhymes (“One, two, Freddy’s coming for you…”), a relevant passage from Hamlet (“A dream itself is just a shadow”), etc.—to heighten the terror, on top of having a literal invader of the subconscious, as you say. To me, the experience of watching the dream passages of A Nightmare On Elm Street is akin to witnessing someone drown; when they’re in a dream, it’s like they’re below water, and we can feel their panic as they struggle to paddle to the surface. Craven suggests as much when Nancy takes a bath and sinks deep into another source of water, though most remember that scene for the more chilling image of Freddy’s hand emerging between her legs. (I credit Craven, though, for largely keeping the ickier aspects of Freddy’s persona submerged, and focusing on him more as a metaphor for the vulnerability of the young.) 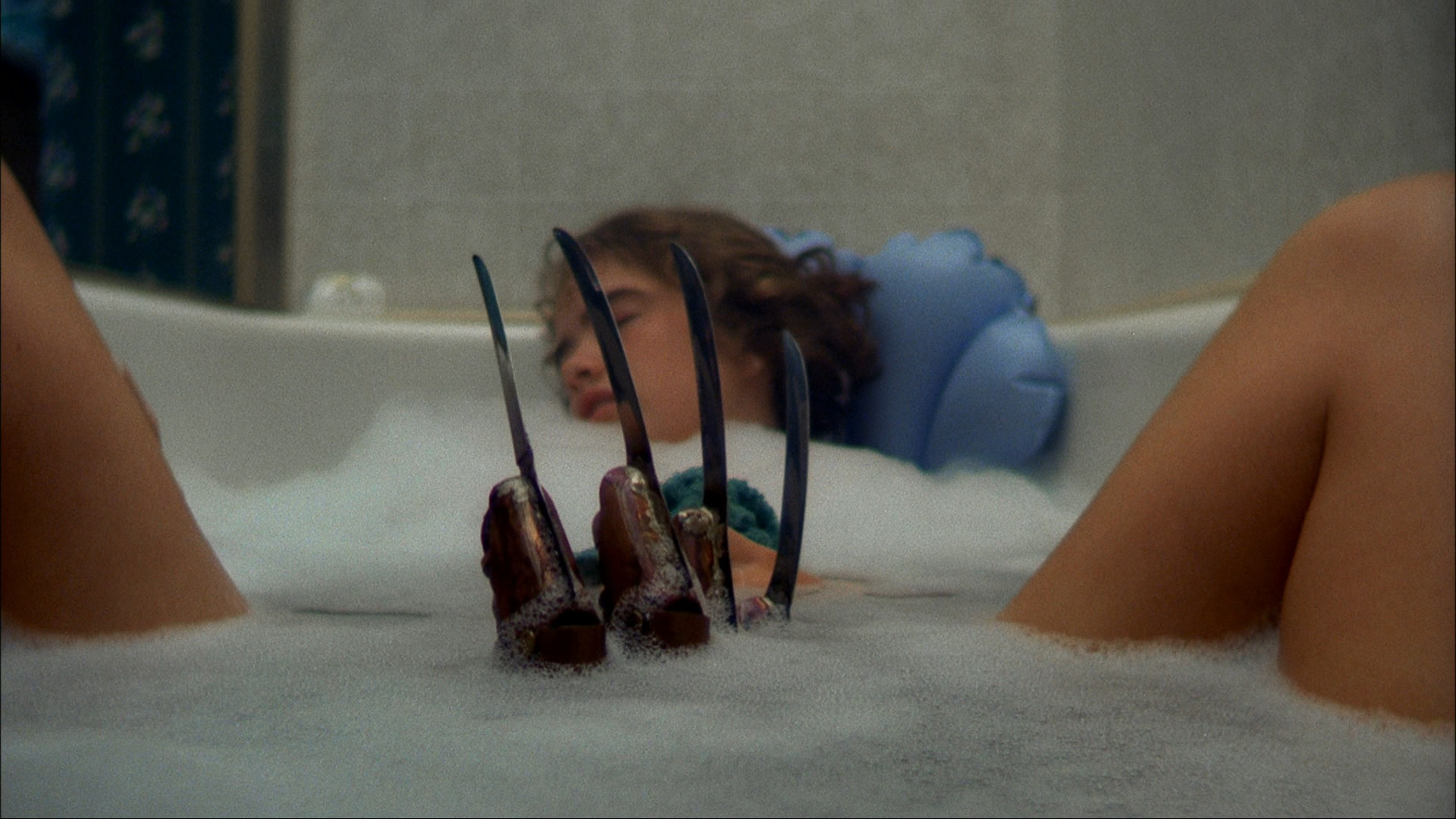 There’s also an element of generational resentment, too. Much like Blue Velvet, this is a suburban town with secrets, one where the adults are slow to protect their children from a known threat. What do you make of that? I found Nancy’s mother particularly fascinating, in that her concern seems to waver with her vices.

Keith: I can’t decide if Ronee Blakley’s acting in the film’s final scene is brilliant or terrible. Her singsong delivery of, “I’m gonna stop drinking. I just don’t feel like it anymore,” is incredibly awkward, but the sequence is supposed to be a dream, so maybe it fits. I think you’re right, though, that her role as Nancy’s mom is key to the film. She took incredible, murderous steps to protect her child, but she’s since ceded her responsibility, and ceded it too soon. Kids grow up, rebel, and seek independence, but part of being a teen is doing all that while knowing you’re protected from the really bad stuff the world can dish out. Nancy doesn’t have that security, and in some ways, parental neglect creates the problem as much as their vigilante justice: the unsupervised sleepover, the failure to see whether Glen is really calling from the airport, even allowing him to stay up late and watch Miss Nude America (which I don’t remember ever being on broadcast television) can all be seen as examples of parents falling down on the job. That’s a pretty conservative point of view, but it’s in keeping with the view of the world found in other Craven films, especially The Last House On The Left. It’s also a movie in which the virtuous girl—as in, not sexually active—survives while others die. Am I wrong, or is this at heart a pretty old-fashioned film, at least as far as its treatment of teens goes?

Scott: You’re not wrong. One of the many disturbing aspects of Last House On The Left is the notion of the hippie killers, which jibes with more blatantly reactionary work like Dirty Harry. And though Craven self-consciously played with such horror tropes later on in the Scream movies, A Nightmare On Elm Street doesn’t break from other slasher films in favoring the virtuous over the promiscuous. At the same time, however, it does reserve most of its sympathy for these teenagers who are having to deal with Freddy and this awful inheritance from their parents. When one of them doesn’t make it, there’s never a sense that it’s in any way just desserts for misbehavior. To borrow the subtitle from the third film in the franchise, they’re “dream warriors,” and the audience is with them 100 percent.