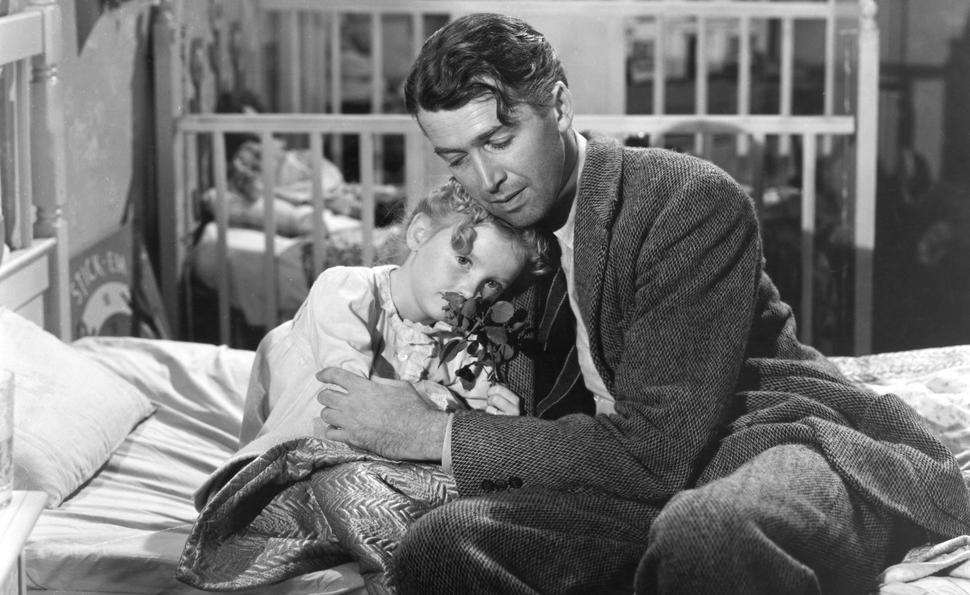 According to Frank Capra, life is is more complicated than wonderful

It’s difficult to imagine American film, and America, without without the contributions of Italian immigrant Frank Capra. Like Bedford Falls without George Bailey, a United States without yearly, culture-wide viewings of It’s A Wonderful Life, or the inspirational image of a sweat-soaked Jefferson Smith filibustering his righteous heart out, would be a sadder, less hopeful place.

It’s possible that movies like It’s A Wonderful Life and Mr. Smith Goes To Washington might exist without Capra. He wasn’t their sole screenwriter. But Capra’s sensibility and genius for crafting unforgettable images resulted in some of the most beloved films of all time. At his peak in the 1930s and ’40s, Capra made movies that were intertwined with the fabric of American culture, movies that told Americans who they were and what they could be.

Capra has a reputation as our nation’s preeminent cheerleader, in part due to his work on Why We Fight, a series of propaganda documentaries he created to educate and rally the populace during World War II, in collaboration with the U.S. government. There’s certainly an element of truth to that characterization. Mr. Smith Goes To Washington, for example, is full of bright-eyed moppets with pure hearts pulsating with idealism, and worshipful shots of its protagonist, Jefferson Smith (James Stewart), staring meaningfully at a series of national monuments, as if trying to soak in their sacredness through osmosis.

It’s worth noting, however, that Mr. Smith Goes To Washington doesn’t expect audiences to identify with Jefferson Smith. Nobody could be that virtuous or pure-hearted in real life. Stewart plays the character’s saintliness as a form of derangement; to be that good in such a corrupt world is a form of insanity. The other characters in the film see him as naïve and comically inexperienced, but also more than a little out of his mind. In Capra’s world, innocence falls somewhere between godliness and insanity.

The most relatable character in Mr. Smith Goes To Washington is Clarissa Saunders, Smith’s worldly and cynical secretary, a droll woman of experience to Jefferson’s overgrown Boy Scout. Played by Jean Arthur with a knowing smile, Clarissa is a newspaperwoman by disposition, if not by trade. Clarissa admires Smith, just as Capra admires his true-blue heroes, but the film isn’t told from Smith’s point of view. Viewers see Smith from the outside, as one of Capra’s secular saints.

Similarly, in 1936’s Mr. Deeds Goes To Town, the audience isn’t meant to identify with the titular Longfellow Deeds (Gary Cooper), a small-town eccentric, postcard poet, and tuba enthusiast whose sleepy but happy small-town life is shaken up when he discovers he’s the heir to a fortune. Instead, the audience avatar is Louise “Babe” Bennett (Jean Arthur again)—the sharp-witted, tough-as-nails big-city newspaperwoman who wins Deeds’ heart while furtively writing a series of articles mocking him. As with Smith, Deeds’ warped innocence feels like a form of genial madness; he’s even institutionalized late in the film for his public parade of unusual behavior. 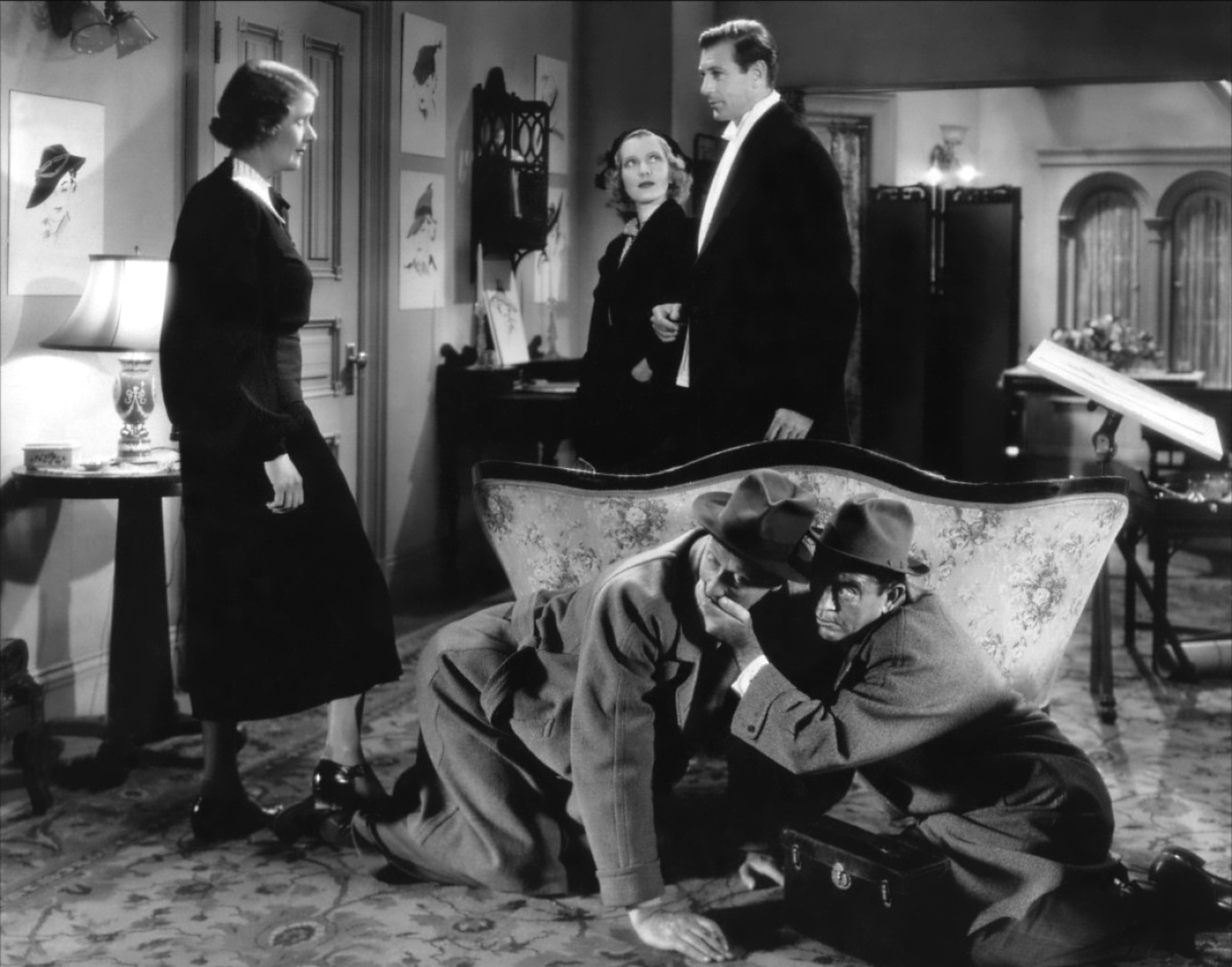 Capra has a reputation for sentimentality and corniness because his films celebrate the innocence of his populist heroes. But while Jefferson Smith, Longfellow Deeds, and “Long” John Willoughby of Meet John Doe might all be guileless, the films they anchor are darker than their reputations suggest. Capra’s filmography includes a pair of films about good men pushed to the brink of suicide by powerful forces out to destroy them (Meet John Doe and It’s A Wonderful Life), a movie about a man whose fundamental decency is widely perceived as insanity (Mr. Deeds Goes To Town), and an American classic about a common man who is nearly destroyed by the forces of political corruption conspiring against him (Mr. Smith Goes To Washington). In Capra’s films, the public needs heroes to look up to, to inspire them, to serve, in Meet John Doe’s indelible words, as “lighthouses in a foggy world.” Yet Frank Capra’s world often goes beyond foggy to become despairing.

Capra’s films betray an unmistakable ambivalence about heroes and the cultures that need them. This is expressed most profoundly at the climax of 1941’s Meet John Doe. The film tells the story of cynical newspaper writer Ann Mitchell (Barbara Stanwyck), who creates a public sensation when she writes a column containing a letter from a mysterious figure known only as “John Doe,” who’s vowing to commit suicide on Christmas Eve to protest man’s inhumanity to man. John Doe is a product of Mitchell’s imagination, but he soon wins over the public, so Mitchell and her co-conspirators hire hobo “Long” John Willoughby (Gary Cooper) to impersonate John Doe, whose stirring oratory sparks a grassroots movement of “John Doe Clubs” designed to spread his message of altruism and hope. As it’s gaining momentum, the movement is co-opted by a corrupt publisher who exposes Mitchell’s charade during a public rally, causing a public that worshipped this false idol to furiously turn on him. Exposed as a fraud, Willoughby prepares to hurl himself off a building. But Mitchell begs him not to, insisting that even if the story that created the John Doe movement was a fraud, the outpouring of goodness it generated is authentic and sustainable.

Mitchell weeps as she desperately tries to convince Willoughby, and herself, that people are fundamentally good, and that something of value can be salvaged from his current infamy. But she doesn’t seem to believe her own words. Why should she? She’s a journalist. She’s intimately acquainted with humanity’s awfulness. But she not only wants to believe, she has to believe, because that just might be the only thing that keeps Willoughby from committing suicide. 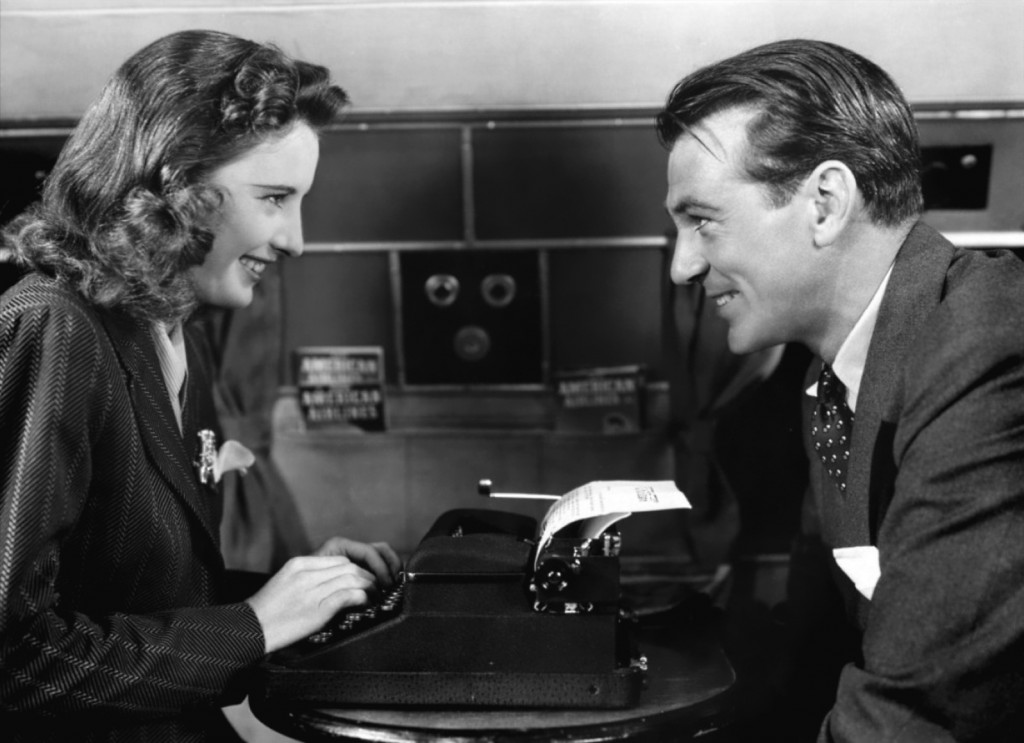 There’s a distinctly meta element to Meet John Doe, the story of a cynical writer who concocts an elaborate fiction to entertain and uplift the public during an uncertain time, then hires an actor to portray a fictional character, only to watch the narrative spiral out of control. Capra’s films are filled with characters who seem too good to be true: Jefferson Smith is practically a cartoon of a true believer. John Doe is literally too good to be true; he’s a fraud, but Capra desperately needs people to believe in him, in spite of all they know. There’s something incredibly poignant about this desperate need for belief, for faith, in spite of everything.

This moment of raw emotion at the end of Meet John Doe cuts to the strange darkness lurking behind the sunshine, flags, and bright-eyed moppets of Capra’s oeuvre. Capra wants to assure everyone that the world is fundamentally benevolent, and the people can’t be licked if they all just band together. Yet it seems like he can never fully convince himself, much less his audience, so his happy endings tend to have a faintly tragic, uncertain air.

In Meet John Doe, Willoughby is sufficiently moved by Mitchell’s words to step back from the ledge, and he ends the film by picking her up in his strong arms and carrying her back down into the building. Mitchell has assured him that the John Doe movement has not failed, and that it can rise again, with him at its center. But given his public humiliation, her words are unconvincing and disconcerting, especially since it didn’t take much for the nebulous “movement” Doe was creating to be co-opted by the powers that be, or to devolve into a form of fascism. Mr. Smith Goes To Washington ends with Mr. Smith momentarily triumphant, but it doesn’t take an excess of cynicism to suspect that the institutional forces of ingrained corruption will view his bold stand as little more than an unfortunate blip before things return to normal and everyone is able to once again fatten their pockets, unimpeded by dramatic displays of public  righteousness.

Throughout Meet John Doe, Mr. Smith Goes To Washington, and Mr. Deeds Goes To Town, there’s a fascinating tension between the uncomplicated optimism Capra wanted to convey and the deep skepticism with which his films treat people, society, and institutions. Capra’s films lionize and deify the innocent, but their tone is knowing and wry. Capra and his screenwriters don’t just use newspapers and the yellow press as a  source of shifty characters and screaming headlines that move the plot forward; Capra also borrows their cynical voice, dark humor, and giddy joy at shamelessly manipulating the public.

One of the most telling moments in Meet John Doe comes when Mitchell shows the fictionalized column about John Doe’s big stand to a crusty old colleague at her newspaper, and he admiringly sizes it up as “the old fakearoo.” He isn’t about to criticize her for lying or manufacturing a story out of thin air; instead, he admires her hustle and recognizes the “old fakearoo” as a cornerstone of a distinguished journalistic tradition that’s sometimes about speaking truth to power, but more often about manipulating the suckers.

In Capra’s films, the role of the press in a free society is of paramount importance. They control the passions of a public that morphs over the course of Capra’s films from a band of angels to a lynch mob and back. In movies like Meet John Doe and Mr. Smith Goes To Washington, the public’s emotions are in a constant state of flux. And in Mr. Smith Goes To Washington and Mr. Deeds Goes To Town, the press does such a shameless job of manipulating the public to laugh at a cockeyed saint of a man that said saint is reduced to punching representatives of the press right in the kisser, to the enthusiastic cheers of an unseen public.

In that respect, Capra has it both ways: He’s able to exploit the gleeful cynicism of a press whose lively myth-making and populist entertainment bears a distinct resemblance to his own, while simultaneously playing on the public’s suspicion of the press as parasites and vultures out to destroy what they can’t co-opt. Capra’s valentines to the cockeyed secular saint extol innocence and patriotic fervor in a voice that is, to borrow the parlance of Capra’s ink-stained cynics, “wised-up” and cynical, rather than “pixelated” and maudlin. This helps explain why the films endure. Capra’s films speak to the best of our natures, to our optimism and belief in our country, ourselves, and our fellow man. But his films acknowledge the darkness and schadenfreude of our world enough to feel honest. It’s this complicated interplay of darkness and light, of optimism and cynicism, that make his films so difficult to pin down. As an artist and an entertainer, Capra contained multitudes, and not all of them fall in line with the popular conception of the great myth-maker as a pure-hearted patriot, proudly waving the flag while ignoring his adopted country’s many ills.

Our Movie Of The Week discussion of Mr. Smith Goes To Washington ends here. Don’t miss Tuesday’s Keynote on all the ways Frank Capra finds to diminish his hero until it’s time for him to take a stand, and Wednesday’s staff forum on the film’s politics, legacy, central performance, and more. Join us next week as we look at the Hughes brothers’ cheap, scrappy, moody life-in-the-hood debut, Menace II Society.