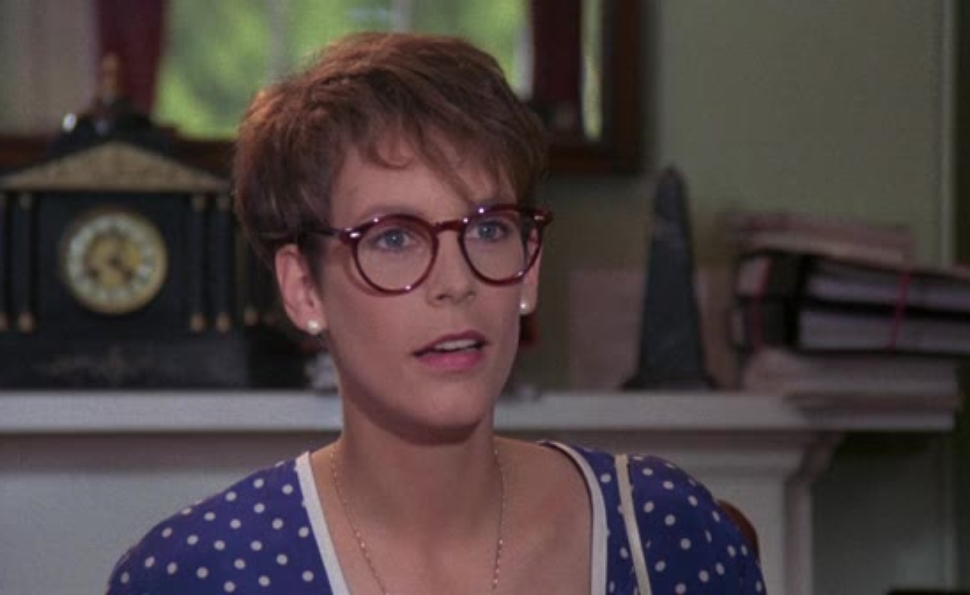 The ugly, lovable Americans of A Fish Called Wanda

One of the funniest lines in A Fish Called Wanda occurs when Wanda, pissed off at Otto for interfering with her efforts to seduce Archie, expertly dismantles his supposed intellectualism by rattling off the various inane things he believes. “Aristotle was not Belgian,” she informs him, provoking a tiny, strangled scoff. “The central message of Buddhism is not ‘Every man for himself.’ And the London Underground is not a political movement.” That’s a hilarious list of moronic errors, but the beauty of A Fish Called Wanda is that it’s relaxed and confident enough to all but throw away the real punchline, which Jamie Lee Curtis delivers with gorgeous forthrightness: “Those are all mistakes, Otto. I looked ’em up.” Compared to Otto, Wanda is a genius, and she demonstrates her shrewd instincts throughout the movie, but she’s still depicted—affectionately—as a person with virtually zero knowledge of history or culture.

“Affectionately” is the key word there. John Cleese, who co-wrote the screenplay and is sometimes cited as an uncredited co-director alongside his writing partner Charles Crichton, clearly has no intention of attacking Americans, and he directs just as much criticism (also affectionate) at the stereotypical English tendency toward inaction and emotional reserve. Nonetheless, the way he defines the two American characters, Wanda and Otto, perfectly reflects the love-hate relationship many foreigners have with the United States. That’s especially the case with Kevin Kline’s Otto, who functions as the film’s villain in most respects, but is also its most vital element—the source of most of its unruly energy. Like all great caricatures, Otto exaggerates key characteristics both for comedic effect and as a means of achieving a more galvanizing truth than respectful subtlety can manage. He’s simultaneously admirable and appalling, and that’s a pretty accurate précis of how Americans collectively tend to be perceived abroad.

Each character in A Fish Called Wanda is introduced individually in its first two minutes. John Du Prez’s score accompanies Archie (Cleese) and Ken (Michael Palin) with classical music, but switches over to hard-driving rock (or at least to a 1980s conception of same) for Wanda and Otto, making their activities seem more urgent and important. Otto is first glimpsed asleep with a copy of Friedrich Nietzsche’s Beyond Good And Evil propped up on his chest; when an alarm clock goes off, he instantly awakens, grabs a pistol (lying beside him on the bed), and shoots the clock. Then he looks confused for a moment, as if uncertain where he is or what he just did, before finally smiling and nodding, as if reassuring himself that he did the right thing. It’s hard to imagine a more concise introduction: In just a few seconds, viewers learn that Otto (as yet unnamed) is brash, impulsive, destructive, and prone to acting first and rationalizing that action later. At this point in the film, his nationality isn’t clear, but even though he’s wearing suspenders adorned with Chinese characters, he almost has to be American.

Wanda’s introduction is a bit more circumspect, but she, too, comes to represent a particularly American amalgam of positive and negative traits. On the one hand, she’s portrayed as vivacious, earthy, sexual—in direct contrast to Archie’s wife, Wendy (Maria Aitken), who seems mired in stuffy decorum. Archie even delivers a lengthy speech about how dead the English all are, and how gloriously alive Wanda is. At the same time, though, Wanda is playing Archie in order to retrieve the stolen jewels, and that’s ultimately more important to her than whatever affection—or even love—she gradually develops toward him. Perhaps the most poignant moment in the film comes when, after Archie gets Wanda hot and bothered by speaking first Italian (like Otto) and then Russian, she suddenly asks him whether he’s rich; her crestfallen expression when he admits he isn’t reveals that she’d briefly been entertaining the possibility of dumping Otto for him, but immediately rejects it when she finds it would entail being with a mere middle-class pauper. Gold-digging isn’t uniquely American, to be sure, but that isn’t what’s happening here—Wanda expects to have her own fortune, thanks to the robbery. She doesn’t need Archie’s money. She just wants him to have some. His current situation, in which Wendy has total control of the finances, is intolerable to her. Her feelings become immaterial.

That sort of can-do initiative—even when it’s channeled into criminal activity, as it is here—is widely understood as an American birthright, even though there are millions of real-life Americans to whom it scarcely applies. Another stereotype A Fish Called Wanda mocks is the inferiority complex Americans feel regarding England, the home of Shakespeare, royalty, and all the ritzy productions that are shown in the U.S. on Masterpiece Theatre. Otto himself brings this up, in his typically obnoxious way: “Ohhhh, you English are so superior, aren’t you? Well, would you like to know where you’d be without us, the ol’ U.S. of A. to protect you? I’ll tell you: the smallest fucking province in the Russian Empire!” Countering accusations of cultural poverty with assertions of military might is common enough to qualify as a cliché, but it’s magnified in this case by Otto’s obsession with not being called stupid, which speaks to his deep-seated fear that others see him (correctly, as it happens) as an ignoramus. It’s a terrific running gag based on a real national insecurity, as is Otto’s strenuous effort to fight that insecurity by painting himself as a deep thinker—someone who reads Nietzsche for fun, even if it tends to put him to sleep.

Still, for all the ways A Fish Called Wanda portrays Otto as a buffoon, the film can’t bring itself to despise him. Like Wanda, he’s aggressively alive, and Kline gives him a dancer’s physical grace—even when livid, he expresses his frustration with impressive kicks and leaps that wouldn’t be out of place in a musical production number. “They get rigor mortis in the prime of life in this country,” Otto complains about the English at one point, and the sheer athleticism Kline brings to the role serves as its own rebuke.

Everything Otto does is ridiculous, but at least he’s in constant motion; his kinetic energy has a certain primitive appeal, as does his irrepressible nature, and his penchant for just blurting out whatever’s on his mind, without fretting about the consequences. It seems entirely appropriate that the movie ultimately turns him into an indestructible cartoon character, flattened by a steamroller, yet somehow surviving to become (per the where-are-they-now? closing titles) the South African Minister for Justice. His final moments in the film find him performing dueling accents with Archie, as Otto feigns a very English apology for having to shoot Archie, and Archie assumes a ludicrous Western drawl while noting (to Otto’s intense irritation and repeated denials) that the U.S. got its ass kicked in Vietnam. Few films have been so predicated on a national rivalry; fewer still have pulled it off with so little rancor, and so much warmth.

Our Movie Of The Week discussion of A Fish Called Wanda ends here. Don’t miss Tuesday’s keynote on how the film’s merits are highlighted by the flaws of its spiritual successor, Fierce Creatures, and Wednesday’s staff forum on the film’s chemistry, sexual and otherwise. Next week, we prepare for the emergence of a new Godzilla with a look back at the 1954 original.