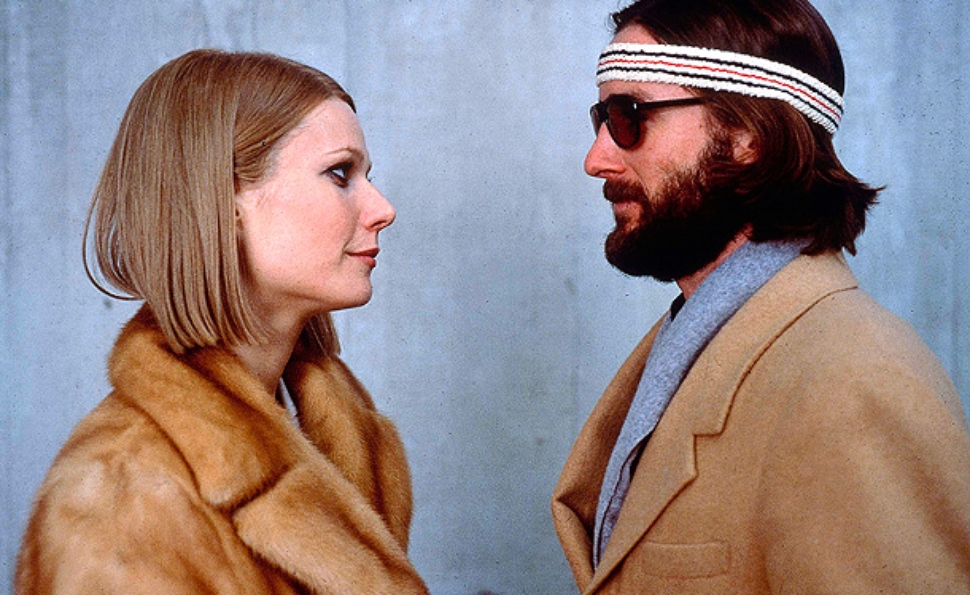 “What have you been doing all these years?” Fat Moe (Larry Rapp) asks Noodles (Robert De Niro) when the latter unexpectedly returns to New York after an absence of several decades in Sergio Leone’s Once Upon A Time In America. Noodles’ response says nothing and everything: “Been going to bed early.” Once a big-time gangster, Noodles fled for the safety of Buffalo after betraying his friends and turning into someone he didn’t like. And yet upon his return, it becomes clear that he’s never really escaped at all, and whatever he’s been doing all those years doesn’t count, at least in the ways that matter. The real story is elsewhere, in the place that shaped him, and with the people he’s hurt and who hurt him back. The other years, they don’t really count. He’s been going to bed early.

As Wes Anderson’s The Royal Tenenbaums opens, its characters have similarly been living in-between years, which are drawing to a close thanks to the manufactured health crisis of the family patriarch, Royal (Gene Hackman), who left decades before. Yet as with Noodles, who returns to New York a shell of the man he used to be, those in-between years have begun to define the Tenenbaums. Each of the Tenenbaum children experienced early, perhaps artificially accelerated, success—as chronicled in the book A Family Of Geniuses, by their mother Etheline (Anjelica Huston)—and each of them has lived their lives as one long comedown. They used to be a family of geniuses, but what are they now?

The film’s screenplay, co-written by Anderson and Owen Wilson (who plays the part of would-be Tenenbaum Eli Cash), partly describes its characters in “years since.” Royal, we’re told, has lived in the Lindbergh Palace Hotel for 22 years, the years since he left his family. As the film opens, it’s been three years since anyone in his family spoke to him, seven years since he’s talked to Etheline. Despite a series of glamorous suitors—and the obvious fondness of her accountant, Henry (Danny Glover)—Etheline has not slept with a man in 18 years. The adopted Margot (Gwyneth Paltrow) has not completed a play in seven years. Former tennis prodigy Richie (Luke Wilson), some time after a career-ending public meltdown mid-match—prompted by Margot’s marriage to the celebrity neurologist Raleigh St. Clair (Bill Murray)—decided to go to sea, where he’s been for the last year. And as the film nears its end, Chas (Ben Stiller), a financial whiz who lost his wife in a plane crash the previous summer, and has now turned paranoid about his two sons’ safety, finally finds something to say to Royal that isn’t dripping with contempt and resentment: “We’ve had a rough year.”

The film’s narration describes what’s happened as “two decades of betrayal, failure, and disaster,” but really, neglect is at the heart of the family’s problems. Royal has been an inattentive father. Etheline has burdened her children with impossible expectations, and failed to notice the ways those expectations have made them bend. Torn between parents who expect too much and too little without much regard for their well-being, how can they not fall apart? And how can they not get worse over time?

In one of the film’s most striking scenes, Margot disembarks from a Green Line bus to meet Richie at the dock, and as he spies her, time seems to stop, as Nico’s “These Days” overwhelms the soundtrack. The song was written by Jackson Browne in the mid-1960s, but it sounds tailored for this film, and this moment. It’s a song of retreat and regret that ends with the words, “Please do not confront me with my failures, I had not forgotten them.” (Though the film never makes it that deep into the song.) It plays over one of The Royal Tenenbaums’ more peaceful moments, but the moment doesn’t last: The feelings of love fueling Richie’s every action also torture him, and will soon prompt him to attempt suicide. He’s traveled around the world by boat, only to get sucked into a vortex on dry land.

Released in 2001, The Royal Tenenbaums was Anderson’s third feature, and though it’s unmistakably the work of the same director who made Bottle Rocket and Rushmore, it still played like something of a shock to those who thought they had Anderson figured. Both of his previous films featured powerful melancholy undertones, but from the beginning, melancholy threatens to overwhelm The Royal Tenenbaums. Then, after a while, it does. Richie slits his wrists between songs by Elliott Smith (who killed himself two years after the film’s release), and Nick Drake (who died of an antidepressant overdose years before). Yet the sequence never feels at odds with what’s come before, or what follows. It makes a comedy of its characters’ fears and failings, but it never makes light of them.

Side B: “Christmas Time Is Here,” by the Vince Guaraldi Trio

Anderson makes elaborately designed films filled with characters as seemingly fond of structure as the director. (He keeps finding symmetrical, whip pan-friendly compositions, even in the streets of New York; that’s one of the film’s many wonders.) They make 75-year plans, sign on for every extracurricular activity, and construct underwater vessels that double as worlds unto themselves. But while Anderson’s characters don’t always understand that they labor to keep chaos at bay—here, with their theme rooms and itineraries—Anderson does. The film joins them in the process of falling apart and letting the chaos take over. Chas drills his kids on how to escape a burning building, Richie has fallen into a shipboard routine, and Margot has discovered the safety of her bathroom, but they all sense that they can’t keep on living as they are now. Why else would they choose to go home when Royal decides to gather them together?

Matt Zoller Seitz’s indispensable career overview The Wes Anderson Collection accompanies extensive interviews with the director with images of props and sources of inspiration. Anderson is often unforthcoming in conversation, so sometimes the items reveal more than the director. It’s no surprise that Anderson took up Charles Schulz’s Peanuts as an influence from an early age. Like Schulz, Anderson creates characters who are identifiable from a distance by the clothes they wear and their defining characteristics. (Linus’ blanket, Margot’s fur-and-Lacoste ensembles, and so on.) And like Schulz, he isn’t afraid to dangle his characters over the edge of the abyss, even if he’s unwilling to let them go.

In The Royal Tenenbaums, family doubles as both the source of all the characters’ problems, and their solution. Self-serving at first, Royal’s efforts to bring his family back together take a turn for the sincere. It’s when he makes a sincere effort that the Tenenbaums begin to come back from the brink. Late in the film, Royal treats Margot, the most neglected of his children, to a sundae at an ice-cream parlor in which, as the script describes it, “every booth is filled with divorced fathers and their young daughters.” Anderson sets the scene to “Christmas Time Is Here” by the Vince Guaraldi Trio, a song from A Charlie Brown Christmas. Charlie Brown rediscovers the true meaning of Christmas in that holiday perennial (a father’s redemption story, albeit one much different than Royal’s), and ends it surrounded by the friends who’d earlier shunned him, rescued from despair by the fellowship of those who’d recently caused him harm.

Anderson presents family, real or constructed, as imperfect but essential, and maybe preferable to professional success anyway. (It’s worth noting that Eli has enjoyed tremendous success as an author, in direct correspondence with the Tenenbaums’ failure, but seems no happier—and no less desperate to join the family—than before.) Anderson’s characters construct dollhouse environments on which they can impose order—semi-autobiographical plays, terrariums filled with painted mice, walls of portraits dedicated to a single subject, rooms filled with board games—but the only security in their own lives comes from other people. Apart, their stories don’t really make much sense. They’re early peaks followed by long trailings-off into obscurity, or worse. Together, they’re the Tenenbaums.

Our look at The Royal Tenenbaums continues tomorrow with a staff Forum on film’s style, as well as its views of depression, childhood, and adulthood. Then on Thursday, Noel Murray will offer a look at Wes Anderson’s side career as a director of commercials.