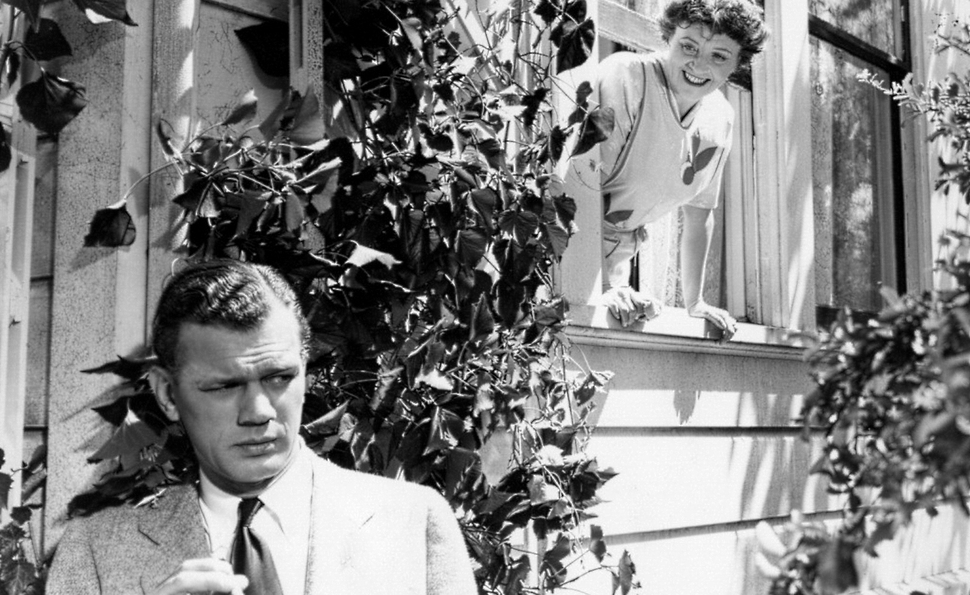 Keynote: Shadow Of A Doubt

In 1949’s The Third Man, the classic post-war thriller directed by Carol Reed, Joseph Cotten plays Holly Martins, an American author of Westerns who travels to Vienna, beckoned by his friend Harry Lime. Upon reaching his destination, Martins learns that Lime has died. Upon further investigation, he discovers Lime had turned into a man he barely recognized, an amoral con artist with a steel-strong contempt for human life. Though inevitably overshadowed by Orson Welles’ remarkable performance as Lime, Cotten is great as Martins, giving his character a trusting nature that makes him an easy mark for those who would take advantage of him. (He has the early symptoms of the dangerous innocence that his creator, writer Graham Greene, turned into a national trait in The Quiet American a few years later.) He’s so good, in fact, that it’s easy to forget he played a version of this same drama from the other side.

As Charlie Oakley, Uncle Charlie to some, in Alfred Hitchcock’s Shadow Of A Doubt, Cotten embodies evil. But his evil usually rests beneath a smiling surface. As with Lime, something happened to set him on a different course from the rest of the world, but to his family in the homey community of Santa Rosa, California, he’s still just affable old Charlie, who’s stopped in for a visit. But to at least one member of the family, he’s something more, a symbol of all that’s intriguing in an existence short on intrigue. As the film opens, Charlie’s namesake, Charlotte “Charlie” Nelson (Teresa Wright), is in a funk. She’s a lifelong Santa Rosa resident who’s grown bored with the life that’s been handed to her, however perfect it might seem.

And it seems pretty perfect. Shadow Of A Doubt has its origins in a story by Gordon McDonell, and the screenplay credits include Sally Benson and Hitchcock’s wife, Alma Reville. But another collaborator, Thornton Wilder, gets a special notice in the opening credits, and it’s easy to feel the Our Town author’s influence in the film’s portrayal of a close-knit American community. (Military service made it impossible for Wilder to do any additional revisions on his screenplay, hence the other names.) The film’s Santa Rosa is the stuff of Saturday Evening Post covers: a quaint, nice place populated by people for whom murder is just a parlor game. Greene treated the innocence of Americans with suspicion and contempt, while Wilder’s depiction is more affectionate. But when Uncle Charlie comes to town, the Santa Rosans are a bit like the creature of Galapagos who, knowing no natural predators, make easy prey. 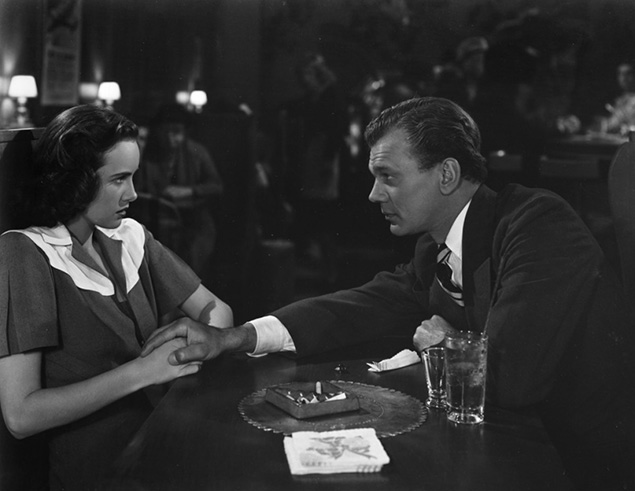 Young Charlie is different than those around her. She wants to know a bigger world, then comes to regret her own desires. The film occasionally suggests an almost psychic connection between the two Charlies, but even without it, they share an understanding that life is stranger than those around them understand. With Uncle Charlie, that understanding has curdled into contempt, and the contempt has made him malevolent. “He’s a killer with an ideal,” Hitchcock said to François Truffaut as part of the landmark interview that became the book Hitchcock/Truffaut. “He’s one of those murderers who feel they have a mission to destroy.” He also destroys without regret, particularly when those standing in his way are the gullible older women he’s dispatched over the course of his career as what the police and newspapers have dubbed “The Merry Widow Killer”—in his words, “horrible, faded, fat, greedy women… Are they human, or are they fat, wheezing animals?” (A few years later, Harry Lime had a similar monologue involving ants.)

As commanding as Cotten is in the part, Wright is just as good, playing young Charlie as a mix of small-town discontent and small-town virtue. She wants Uncle Charlie to shake things up, but the further he drags her toward the dark side, the more uncomfortable she becomes. She also discovers that the dark side isn’t so far away. Shocked when her uncle pulls her into a bar, one that doesn’t appear too far removed from the path she usually travels, Charlie finds a former classmate working there wearing an expression that suggests the wider, wilder world has already beaten the fight out of her. As for becoming complicit with Uncle Charlie’s murders, Charlie finds that unthinkable.

Except she does think it, out of consideration for her mother, she says, but also out of the love she has for her uncle—and maybe, deep down somewhere, a sympathy with his awful point of view. Hitchcock to Truffaut again: “What it boils down to is that villains are not all black and heroes are not all white; there are grays everywhere.” Uncle Charlie visits darkness upon Santa Rosa, but he also teases out a darkness that’s already there.

Released in 1943, Shadow Of A Doubt was Hitchcock’s sixth film after his move from England to the United States. With some occasional backtracking, Hitchcock called it his favorite of his films, and the one “our friends, the plausibles and logicians, cannot complain about.” That isn’t exactly true: Roger Ebert loved the film, but he spent the first chunk of his 2011 appreciation picking over its lapses in logic and general inconsistency. He acknowledges, though, that this doesn’t make it any less of a masterful film. Hitchcock is fully Hitchcock here, plunging deeply into his characters’ psyches, and remaining in full control of every cinematic effect. He invests a trip to the library with nightmarish qualities, builds mounting tension into the exchanges between the two Charlies, and treats the placid setting with warmth, while also recognizing the opportunity it allows him to play against that placidity. Like Uncle Charlie, Hitchcock understood there was an opportunity to be seized by dropping the devil into an American paradise. 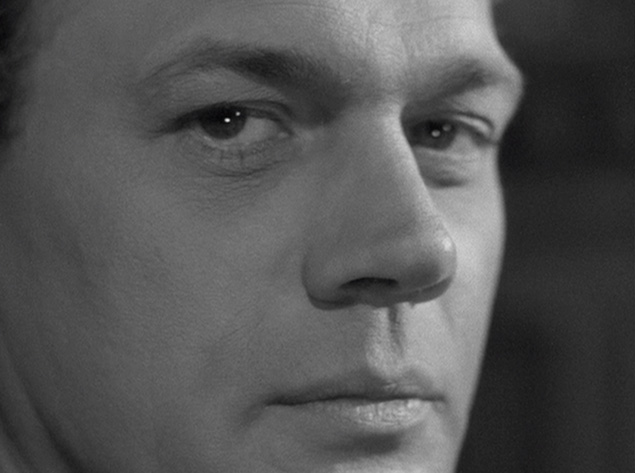 Shadow Of A Doubt resolves with a happy ending, but it could be happier. By accepting the proposal of one of the policeman who helped bring her uncle to justice, young Charlie gets absorbed back into the community that she started the film in rebellion against, however mild that rebellion. Is her future just to settle down? Forget her wanderlust? Fade into the surroundings? If there’s a middle ground, Shadow Of A Doubt doesn’t suggest it. It leaves its heroine wiser and more appreciative of the life she enjoys, but still stranded, and maybe more afraid of the rest of the world than ever. Like everything else in the film, even happiness comes tinged with shadows.

Come Back tomorrow for our Movie Of The Week Forum discussion on Shadow Of A Doubt’s view of alienation and conformity, its clever stylistic efficiency, and more.